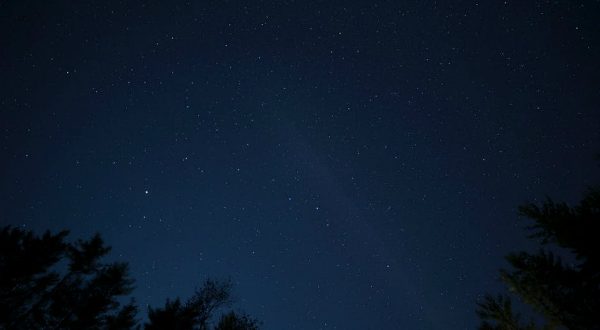 When is Shabbat Over?

Determining when Shabbat concludes has always been a weekly necessity for observant Jews. Thus, one might assume that everyone ends Shabbat at more or less the same time. In actuality, there is a great deal of variation. Some people commence weekday activities on Saturday night 40 minutes after sunset, while others wait longer—some as long as two hours after sunset. How could it be that there is such a range?

Compounding the question is the fact that the Talmud itself seems to rule that Shabbat is over quite early. Shabbat ends at halakhic nightfall, which is heralded by the appearance of three medium-sized stars (tzeit ha-kokhavim). The Talmud states that nightfall occurs when the amount of time has passed after sunset that one could walk three-quarters of a mil (Shabbat 34b). This is at most 18 minutes.[1]This figure assumes that a mil is 24 minutes. According to the opinion that a mil is 18 minutes, three-quarters of a mil would be even less: 13.5 minutes.

Granted, some interpret the Talmud’s conclusion to mean that tzeit ha-kokhavim actually occurs a bit later than three-quarters of a mil after sunset.[2]In this interpretation, it is only R. Yehuda who holds that nightfall is three-quarters of a mil after sunset; according to R. Yose, tzeit ha-kokhavim occurs slightly later. However, many authorities … Continue reading But people nowadays wait much longer than 18 minutes after sunset to end Shabbat. Why?

The answer is threefold: First of all, the time it takes darkness to fall is variable depending on the season and location. The amount of time the Talmud gives between sunset and nightfall is only an approximation.

Second, it is not entirely clear that what the Talmud calls “sunset” (shki‘at ha-hama or mishetishka‘ ha-hama) is the same as what we call sunset today—i.e., when the top of the body of the sun dips below the horizon. Talmudic sunset may actually be a bit later, when the sun’s bright rays disappear.[3]See Rabbi Meir Posen, Or Meir, chapter 3; Rabbi Gidon Rothstein in BDD 14 (2004); Rabbi Yosef Qafih’s commentary to Rambam Hilkhot Shabbat chapter 5 note 14; Rabbi M.M. Karp’s monograph in the … Continue reading For these two reasons, we must follow the actual appearance of stars to determine tzeit ha-kokhavim, not a fixed amount of time after what we call sunset.

A third reason that our practice seems more stringent than the Talmud is that we are no longer proficient at identifying which stars are considered “medium-sized.” Shulhan Arukh, following earlier authorities, rules that we must actually wait until three small stars are visible, at least where a Biblical law is concerned (O.H. 235:1). On Motzaei Shabbat, we must be even more stringent and wait until three small stars are visible close together in the sky. This is due to the requirement of tosefet Shabbat (adding extra time to Shabbat; see O.H. 293:1).

Most of us nowadays are not adept at identifying the required stars at all—either because we do not know how, or because light pollution from electric illumination obscures them. Therefore, we generally determine the time of tzeit ha-kokhavim by consulting a calendar.

The time given in the calendar is based on an astronomical calculation: One ascertains how far the sun must descend below the horizon to produce a level of darkness sufficient to view the requisite stars. By extrapolating when a similar solar position occurs for the target date and location, one can compute the appropriate time for tzeit ha-kokhavim.[4]See a concise explanation of this at https://www.myzmanim.com/read/sources.aspx.

Most contemporary calendars and zmanim apps adopt the calculation of Rabbi Yechiel M. Tukacinsky (1871-1955), which is that “three small stars close together” appear when the sun has descended 8.5 degrees below the horizon.[5]See Ha-Zemanim Ba-Halakha chapters 51-52 for other calculations. Although some of these are actually earlier than 8.5 degrees, it behooves us err on the side of stringency in this very serious … Continue reading In New York, the sun attains a depression angle of 8.5 degrees approximately 40 minutes after sunset at the equinox, and as late as 51 minutes in the summer.

Unfortunately, many twentieth-century American calendars gave an oversimplified time for the close of Shabbat. Since most people were cognizant of the time for Friday candle lighting (18 minutes before sunset), for convenience’s sake these calendars calculated Motzaei Shabbat as one hour thereafter (42 minutes after sunset). Now that the accurate calculation of 8.5 degrees is readily accessible, there is no more excuse for relying on fuzzy math. If one insists on using a fixed number of minutes after sunset rather than astronomical calculation, 50 minutes would be more appropriate.[6]Cf. Iggrot Moshe O.H. 4:62. Hazon Ish held a similar opinion.

So why do some people end Shabbat considerably later than when the sun has descended 8.5 degrees? Those who are more stringent claim to base their practice on the opinion of Rabbenu Tam, who reinterprets the Talmud’s discussion of halakhic nightfall. While others consider them synonymous, Rabbenu Tam distinguishes between the two Talmudic terms for sunset: shki‘at ha-hama refers to the beginning of the sun-setting process (Psahim 94a, see Tosafot ad loc.); mishetishka‘ ha-hama, the second stage of sunset, occurs 3.25 mil later (Shabbat 34b and Tosafot ad loc.). Shki‘at ha-hama, the first sunset, is generally identified with what we call sunset—the top of the sun disappearing below the horizon.[7]See, e.g., Mishnah Berurah 261:20. The second sunset (mishetishka‘ ha-hama) is thus at least 58.5 minutes after what we call sunset.[8]If a mil is 18 minutes, 3.25 mil equals 58.5 minutes. If a mil is longer, the time increases accordingly.

In Rabbenu Tam’s view, nightfall is three-quarters of a mil after the second sunset. Depending on how precisely one interprets Rabbenu Tam’s opinion, tzeit ha-kokhavim is either 72,[9]Since there are 3.25 mil from the first sunset to the second, and 0.25 mil from the second sunset to nightfall, the total amount of time from the “beginning of sunset” to nightfall is 4 mil. 4 … Continue reading 90,[10]4 mil according to the opinion that the mil is 22.5 minutes. or 120 minutes after what we call sunset.[11]120 minutes assumes that there are actually 5 mil between beginning of sunset and nightfall. A corollary to this opinion is that the mil is 24 minutes. If one further applies the principle of calculation based on solar depression angle,[12]This would assume that nightfall is 72 minutes after sunset in Jerusalem at the equinox, when the sun is 16.1 degrees below the horizon. In many current and former Jewish communities, such as London … Continue reading the amount of time between sunset and nightfall can increase even more.[13]There is also the famous “Brisker” approach which calculates these times by way of sha‘ot zmaniyot (proportional hours). According to the Brisker practice, Rabbenu Tam’s tzeit ha-kokhavim is … Continue reading

The most common variant of “Rabbenu Tam’s nightfall” as practiced nowadays is 72 fixed minutes after sunset.[14]While in New York waiting 72 minutes after sunset to end Shabbat always results in stringency, one must be aware that the same does not pertain to all locales. In northerly places such as England, … Continue reading Individuals of diverse backgrounds have adopted this stringency, and it is virtually standard in many Hasidic and yeshivish communities.[15]See Yabia Omer O.H. 2:21 regarding the Sefardic community.

Actually, referring to the late version of Motzaei Shabbat as “Rabbenu Tam” is a misnomer, as it implies that Rabbenu Tam is a lone opinion on the matter. In fact, most early commentators and Shulhan Arukh concur with Rabbenu Tam (O.H. 261:2). The question now becomes reversed: Why is keeping Shabbat until “Rabbenu Tam’s time” not a universal Jewish practice?

Truth be told, it is far from clear that Rabbenu Tam and Shulhan Arukh really require such a late ending to Shabbat. Figuring out when Shabbat ends according to the aforementioned approach necessarily involves consulting an accurate clock or a precise astronomical calculation, both of which were generally unavailable for the vast majority of Jewish history. Jews determined all halakhic times by celestial observation or by reading a sundial. Except in extremely northern locales, the sky is dark and filled with stars well before the time people claim is tzeit ha-kokhavim according to Rabbenu Tam.[16]It is obviously extremely difficult to argue that all the stars that appear before 72 minutes after sunset are “large” stars, and the “medium-sized” stars that indicate tzeit ha-kokhavim … Continue reading

Indeed, many contemporary works argue that Rabbenu Tam never intended to establish a novel time for tzeit ha-kokhavim.[17]The most expansive presentation of this view is Yom Va-Layla shel Torah by Rabbi Y.G. Weiss. The most concise is Rabbi M.M. Karp’s monograph, printed in the back of Hilkhot Shabbat Be-Shabbat … Continue reading Rather, he only intended to reanalyze the process of halakhic sunset. In other words, Rabbenu Tam’s insight is that the “beginning of sunset” occurs 72 minutes before three stars appear, not that tzeit ha-kokhavim is 72 minutes after what we call sunset.[18]This would explain why the only place Shulhan Arukh cites Rabbenu Tam’s view is regarding the earliest time to accept Shabbat (O.H. 261:2, following Ramban in Torat Ha-Adam). Everywhere that … Continue reading

The actual practice of the Jewish people from time immemorial supports the contention that Rabbenu Tam never disagreed about the time of tzeit ha-kokhavim. Rabbi Chaim P. Benish, in his book Ha-Zemanim Ba-Halakha, musters clear evidence that until quite recently, all communities ended Shabbat when they actually observed three stars, including those that claimed to follow the opinion of Rabbenu Tam (see chapters 44-46).

The fact that it is so common nowadays to observe Shabbat until 72 minutes after sunset despite the incongruence with astronomical reality and historical practice can probably be attributed to the breakdown of the living religious tradition during the upheaval of the World Wars.[19]Cf. Haim Soloveitchik, “Rupture and Reconstruction: The Transformation of Contemporary Orthodoxy” in Tradition Vol. 28, No. 4 (Summer 1994), available online here.

In conclusion, the commonly accepted time for ending Shabbat, Yom Tov, and Yom Kippur is when the sun has descended 8.5 degrees below the horizon. In New York, this is at most 51 minutes after sunset. Many individuals and communities keep Shabbat even longer, which is certainly a commendable custom.[20]However, it is completely unacceptable even to consider the possibility that tzeit ha-kokhavim is 72 minutes (or more) after sunset when this would result in a leniency (e.g. for praying minha, … Continue reading However, the prevalent practice is eminently halakhically sound and reflects the historical practice of the Jewish people.