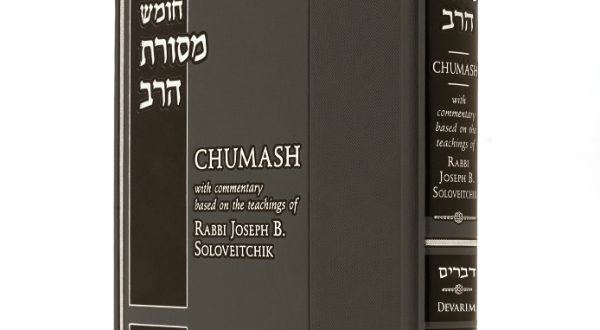 Vort from the Rav: Vezos Haberachah

Abraham reached his conclusions regarding the existence of God while combatting the influence of his pagan environment and his own parents. God did not reveal Himself and provided no help to Abraham in his quest.

Abraham searched for God without His help, proving God’s existence through nature. Abraham could neither point out nor display miracles to prove God’s existence. The only truly supernatural occurrence was the birth of Isaac, and this miracle cannot compare, for example, with the drama of the splitting of the Red Sea. Sarah’s miracle was hidden, not as spectacular as the ten plagues or the revelation at Sinai. Nor were there overt miracles in Isaac’s life or in Jacob’s. To the contrary, Jacob’s life was beset by problems: the hatred of Esau, the machinations of Laban, and the selling of Joseph. Yet despite the formidable obstacles, our forefathers promulgated God’s name and fathered the chosen people.

For this reason, in the introductory blessing of the Shemoneh Esrei, we invoke the God of Abraham, the God of Isaac, and the God of Jacob. The use of the possessive form suggests that each of our forefathers retained a type of ownership, a kinyan in God, as it were. Because none of Abraham’s contemporaries searched for Him, God was in a sense ownerless, hefker, until Abraham “claimed” Him as his own, as one would claim an ownerless object. Although we assert, to God is the earth and its fullness (Ps. 24:1), man can reciprocally attain ownership rights in God Himself. The Patriarchs attained this ownership through their self-sacrifice, through the difficulties they endured. God became Abraham’s, Isaac’s, and Jacob’s.

Moses’ discovery of God could not have been more different. Moses never searched for God, and as a young boy he was never concerned with theological questions. The Master of the Universe waited for Moses at the burning bush, where he announced His presence with the words, I am the God of your father (Ex. 3:6). Even after God revealed Himself to Moses at the burning bush, Moses refused, for an entire week, to embark on the mission for which God had chosen him. And when he finally acquiesced, Moses immediately requested the ability to demonstrate miracles to Pharaoh and the people.

Because God initially sought Moses, Moses was known as God’s servant, and therefore God had a kinyan in Moses. The “ownership” in Moses’ case was the converse of the “ownership” of the Patriarchs. (Derashot Harav, p. 87,103-104)