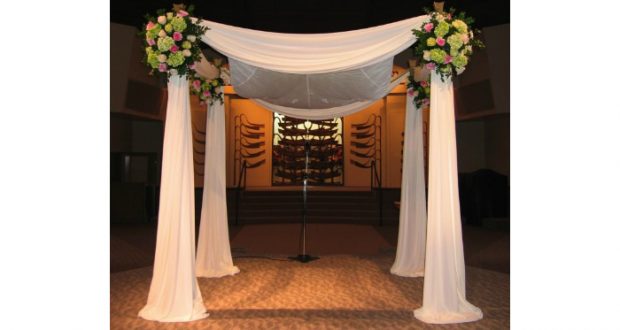 Remarrying Without a Get or Heter Meah Rabbanim

14 Tishrei: R. Ovadya Yosef on Remarrying Without a Get or Heter Meah Rabbanim

The plight of women whose husbands refuse to authorize the writing and delivery of a get after the marriage is obviously over deservedly garners the lion’s share of communal attention to problems of halachic divorce. Still, men can have a similar problem. A longstanding ordinance called cherem Rabbenu Gershom, the ban of Rabbenu Gershom, prohibits men from marrying two women; a man whose wife refuses to accept a get also cannot remarry without some remedy.

A Hundred Rabbis Are Not Always Easy to Find

Men do have the option of securing a heter meah rabbanim, where a hundred rabbis (from three countries) agree to breaking the rules for his exceptional circumstance. Shu”t Yabi’a Omer 7; Even HaEzer 4, dated 14 Tishrei 5746 (1986), takes up a case where finding those hundred rabbis would create significant problems. Could the husband marry again without it?

The man lived in Zurich, where Rabbi Mordechai Piron had moved to serve as Chief Rabbi after his long service as the second Chief Rabbi of the Israel Defense Forces. He had first married a woman who converted in front of what the responsum terms a beit din shel hedyotot, a court whose judges were not proper Torah scholars. They had married in the regular Jewish way, but soon separated with only a civil divorce. She then married a non-Jew, and there is testimony she is now pregnant as well.

She refuses to be involved in any Jewish ceremony, says she never really meant to convert, did it for him to save face and feel he was marrying a Jewish woman. Meanwhile, he’s met another woman, a convert [!], but who converted before she met him and is by all accounts a model Jewess, a role model in her performance of mitzvot. She has influenced the man for the good, has made proper observance a condition of their marriage.

It seems a match to be encouraged, but securing a heter me’ah rabbanim looks to be unfeasible. Is there a way to permit them to marry without one?

R. Yosef says he’s already mentioned the sixteenth century Shu”t Maharashdam (by R. Shmuel de Medina), who told of Rashba’s view limiting the cherem against two wives to those who have no halachically recognized reason for the second marriage. In Rashba’s reading, when cherem Rabbenu Gershom stopped men from coercing their wives to accept a get, it did not include such men in its other rule against marrying two wives. Any man whom halachah would have originally approved/encouraged to give his wife a get, coercively if needed, can marry a second wife if the first refuses to accept the get, and need not worry about cherem Rabbenu Gershom.

Another tradition about turns the question into a sfek sfeka, a double doubt, for this man. Tradition said the decrees we know as cherem Rabbenu Gershom were ordained to last only through the fifth millennium in the Jewish calendar (that is, until the year 5000, 1240 in the non-Jewish calendar). While common practice continued the rules, the lesser source of obligation presents a lower bar to hurdle to permit sidestepping the rules in a particular instance.

The three years the man in his case had already been forced to wait convinced Maharashdam Rabbenu Gershom would never have meant to chain a man while his wife lives as she wants [to me, it’s obviously true in reverse as well, it’s supposed to be unthinkable that a man gets away with chaining his wife for three years, but the halachic issues are different and more complex].

Later in the responsum, R. Yosef cites the view of R. Akiva Eiger and R. Ya’akov of Lissa (author of Netivot HaMishpat) that any time a woman refused to accept a get for twelve months (baselessly, I’m pretty sure), the husband could marry a second wife. Reports claimed R. Ya’akov of Lissa had ruled that way in practice for a particular man,

The Torah’s ways are supposed to be pleasant, Maharashdam added, a reminder Torah should generally facilitate life, not present a barrier to it.

When the Woman Brings It On Herself

Other authorities identified actions of hers which free him to marry a second wife if she refuses to accept a get. Shu”t Rabbenu Chayyim Kohen Rapaport said the woman’s unfaithfulness freed the man to remarry without a heter me’ah rabbanim—the heter was to address situations where he needs to remarry through no fault of her own, such as persistent childlessness or illness. Where she acted improperly, R. Rapaport took for granted he was never restricted by the cherem.

Maharik added another mitigating factor. Should the wife now be prohibited to the husband, he should be able to divorce her against her will if she will not accept a get (Shu”t Yeshu’ot Malko gives the example of a woman who gives good reason to believe she had an affair, although not enough to prove the question in court; such conduct strays enough from proper for a Jewish wife to allow him to divorce her against her will or remarry).

Maharik dismissed the view of authorities who thought the existence of the option of a heter me’ah rabbanim should mean we do not let him remarry without one. He points to the same reasons we’ve already said, the cherem never applied in such cases, and the requirement to deposit a get for her is only a nicety.

Where The Money Goes, So Goes the Marriage

Avnei Nezer also thought promiscuous acts on her part eased his way to taking another wife. Good testimony of an affair obligates him to divorce her, which means we do not have to see her as his wife. In the case Avnei Nezer was discussing, the testimony was not quite ironclad enough, the witnesses had only seen ki’ur, acts which strongly suggested but did not prove an affair.

Rambam held her acts of ki’ur forfeit her ketubbah (monetary matters have a lower standard of proof) and any right to support. Once they’re separated financially, she’s halachically similar to an arusah, a woman who had kiddushin but not full marriage, about which Maharam Padua had ruled the cherem did not apply, precisely because she was not entitled to any financial support.

Ordinarily, halachah allows acting for another without their consent only where the act involved is solely to their benefit. Divorce has negatives, but Avnei Nezer thought in his case it was a complete benefit. Since her actions mean she may not live with her husband, and any acts of intercourse she has with other men will be halachically adulterous until she is divorced, we can be sure divorce is the better option for her even if she does not yet realize it’s in her best interest.

Shu”t Peri HaSadeh gave an example even closer to ours, a wife who left her husband, is now living with a non-Jew, and refuses to accept a get unless he pays her off. Peri HaSadeh thought her abandonment of Jewish observance was enough to free him to marry someone else.

Doubts About her Conversion

The man’s case is also helped by the reasonable doubts raised about her conversion. The court that oversaw it was not qualified to do so, which leaves us unsure she ever sincerely committed to mitzvah observance (a doubt supported by her later conduct, leaving her husband, abandoning and denying her Jewishness, and getting pregnant by a non-Jew). Shu”t Oneg Yom Tov allowed a husband to marry without a heter me’ah rabbanim when his Jewish wife acted that way (left the religion, joined a non-Jewish household, and declared herself not Jewish), let alone a convert whose conversion was suspect from the outset.

R. Yosef reviews a spirited debate about whether we can accept testimony about her conduct in her absence. Testimony is supposed to be in front of the accused/litigant, especially in capital cases, so s/he can know how to respond (and/or so that the witnesses be somewhat intimidated by the prospect of lying in front of someone who knows the truth).

Shu”t Divrei Rivot helped, allowing a court’s verdict when it heard witnesses’ testimony a man had already divorced a certain woman, without giving her the opportunity to be present. Divrei Rivot said the case was not about her, it was about whether he could marry, so there was no need for her to be there. Here, too, the testimony was to justify his remarriage without a heter me’ah rabbanim and was, in that sense, not about her.

Were we to decide she did ideally need to be present, R. Yosef still thinks the consensus of opinion treats this as a matter of rabbinic legislation, such that if the testimony has already been given (and/or there’s no other way to get this testimony), we can accept it. Where the court called her to join them several times, that’s all the more true, since he does not think (and cites multiple sources to support that view) she can prevent the testimony by refusing to appear.

Once he thinks it’s allowed, R. Yosef thinks it’s also a mitzvah to facilitate this man’s marriage with this worthy woman, to strengthen his steps on the path of return to Hashem and proper fear of Heaven, and bring blessings on this couple and on the rabbi who helps them find their way forward in life and service of Gd.

2018-09-21
Gidon Rothstein
Previous: Vort from the Rav: Ha’azinu
Next: Koheles and Political Struggle