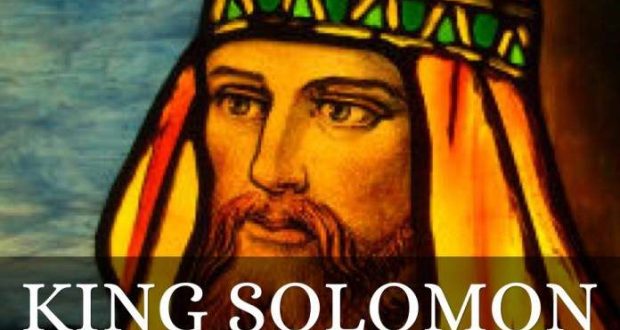 Who wrote Koheles, the biblical book of Ecclesiastes? The traditional answer to the question of Koheles’ authorship is Shlomo HaMelech, King Solomon, who according to tradition wrote Shir HaShirim, Koheles and Mishlei (Koheles Rabbah 1:1), which were copied and finalized by Chizkiyahu and his counterparts (Bava Basra 15a). My question is not which person wrote Koheles, but which Shlomo?

In 1857, Mordechai Plungian—the leading maskil in Vilna—published a commentary on Koheles dedicated to defending its traditional understanding against biblical critics. In his introduction, he advanced a theory about Shlomo that Rav Yosef Zechariah Stern—the great Lithuanian posek—later adopted explicitly in his lengthy introductions and commentary to Koheles and Shir HaShirim.

Rav Stern argues that Shir HaShirim can be divided into five songs, representing five periods in Shlomo’s life. Koheles was written during the middle period. The Gemara (Gittin 68b) says that Shlomo was deposed from the monarchy by a demon. Rav Stern argues that this is an allegorical description of Yeravam taking the crown from Shlomo, forcing the son of David to wander in exile. 1 Kings (11:26) says that Yeravam “lifted his hand against Shlomo.” This refers to his rebellion.

Rashi (Koheles 1:12) quotes the Gemara’s (Sanhedrin 20b) explanation of Shlomo’s statement that he was (past tense) a king over Jerusalem. First Shlomo was king over the whole world (at least in Heaven); then he was king over just the nation of Israel; then just over Jerusalem; and now, at the time of the writing, Shlomo was king only over his own walking stick. The Gemara concludes with a debate whether Shlomo was returned to power (after writing Koheles)—was he a king, a commoner and then a king, or just a king and then a commoner. Rav Stern quotes the Midrash Chazit on Shir HaShirim (1:1), which explains this in greater depth.

According to this approach, Shlomo wrote Koheles after he was deposed, while wandering anonymously in foreign countries. He begins by describing the futility of life. Even if you do everything right, forces greater than you—global trends—can turn your situation on its head. Think of elections that seem like sure things but are lost due to surprising changes in popular opinion. To some degree, your efforts will be futile if overruled by events beyond your control.

Evil forces that gain control after a rebellion punish those who are good. Rebels kill faithful public servants like animals. At times like that it is better to live without power than to suffer the consequences of high rank. Power and wealth attract envy. “With more goods, more people eat them. What advantage do the owners have except to see them with their eyes?” (5:11). The rebels steal from the rich and tear down the powerful but leave alone the weak and poor. When you have a lot to lose, you risk losing it.

One of the keys to surviving emotionally the feelings of powerlessness after being thrust aside politically is focusing on the positive. Dwell on what you have accomplished, not what you have lost or what more you could do. “I saw that there is nothing better than that a man should rejoice in his actions, for that is his portion. Who can bring him to see what will happen after him?” (3:22). You are not responsible for the upheaval after you. The good you have accomplished, the lives you have changed, will remain with you forever.

What should a government official—a remnant of the prior regime—do if a wicked ruler rises to power? Does he resign in protest, refusing to assist an evil and invalid leader? “If a ruler’s spirit rises against you, do not leave your post; calmness can lay great offenses to rest” (10:4). You can accomplish a lot of good if you remain in your position. You should advise against specific policies and prevent at least some evil from occurring. Some critics would call that collaboration, but Shlomo considers it the best course for the good of the populace.

Is collaboration a moral option? Everything in life requires balance. “Do not be overly righteous… why should you die?” (7:16). Still… be righteous, just not overly so. Find a healthy medium in which you can survive without compromising your values.

So much in life lies beyond our control. We can try acting wisely and growing strong but we cannot guarantee our success. Instead we should control what we can and accept what we cannot. Ultimately, it all lies in God’s hands. In Shlomo’s case, he eventually regained his kingship and his riches but only after humbly accepting his limitations. Not everyone will meet such a positive end, but the real future lies with fearing God and keeping His commandments.

(Originally published in The Jewish Link of New Jersey: link)

2018-09-26
Gil Student
Previous: Remarrying Without a Get or Heter Meah Rabbanim
Next: Vort from the Rav: Vezos Haberachah