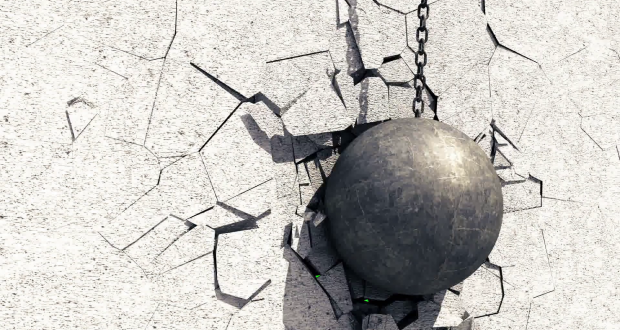 7 Elul: Chatam Sofer on What Is a Petzua Daka

Devarim 23;2 excludes from marriage a petzu’a daka, a man whose reproductive organs have been injured or destroyed. In Shu”t Chatam Sofer 3; Even HaEzer 19, dated 7 Elul 5585 (1814), Chatam Sofer sought a way to allow a man who apparently sustained an injury to those private areas continue living with his wife.

The responsum starts by telling us a poor man took a carriage ride, sitting on barrels in the back (the equivalent of steerage, I think, the cheapest possible way to go). On the way, he felt intense pain in his genitals, which forced him to his bed when he arrived, the whole area of his body swollen, eventually forcing him to go to Pest (one half of Budapest), where doctors removed one of his testicles.

The rabbi writing to Chatam Sofer worries he’s now a petzu’a daka, and must leave his wife.

The questioner had heard many rabbis quote Siftei Chachamim, who noted Rashi’s failure to explain the words lo yavo regarding a petzu’a daka. In the next two verses, the Torah uses the same phrase about a mamzer (a man born of parents who were liable for karet or death for the illicit relationship which produced this child) and an Ammonite.

In both those cases, Rashi said the words meant “shall not marry an ordinary Jewish woman.” Siftei Chachamim seemed to those rabbis to be saying a mamzer or Ammonite would have to leave an existing marriage (taking lo yavo to mean “may never be married to”), where a married man who sustained a petzu’ah daka-rendering injury could stay with his wife.

The man writing Chatam Sofer could not accept the idea, because the Gemara in several places says a court would force such a man to leave his existing marriage. Chatam Sofer agrees, and (eventually; I’m skipping some side points) suggests another way to understand why Rashi mentions marriage regarding a mamzer but not a petzu’a daka. Once he takes away Rashi as a possible source for allowing the man to stay married, he’ll have to look for another way to do it.

A Marriage or a Sexual Prohibition

He starts by reminding us of a disagreement between Rambam and Ra’avad about what a mamzer may not do. In Laws of Prohibited Relationships15;2, Rambam says a mamzer fully violates the prohibition only if he marries and then consummates the relationship. Rambam’s son, R. Avraham, sourced his father’s claim to the Torah’s use of the same verb for a mamzer as for Egyptian and Edomite converts, who may not “come into” the people until the third generation. For them, the issue was clearly marriage.

Ra’avad thought a mamzer was prohibited from the act of marital relations itself, regardless of whether the couple married. The questioner assumed Ra’avad took the Torah to be striving to avoid mamzerim (a mamzer’s children are also mamzerim, similarly limited in whom they may marry), which is why he would think the Torah cared about the act not the status. For a petzu’a daka, Ra’avad should think the man clearly could not stay married, for fear his (sexually frustrated) wife would have an affair, which leads to more mamzerim.

Chatam Sofer disagrees, since Yevamot 75b permits a petzu’a daka bi-yedei shamayim, someone whose genital injury happened naturally, to marry, yet the potential for the wife to decide to have an affair is the same. For the mamzerim, he suggests Ra’avad could not imagine the Torah would establish a prohibition geared at avoiding mamzer babies and leave such a large loophole as non-marital relations.

That’s not a problem for Rambam, since he understood Devarim 23;18 to prohibit non-marital relations for all Jews (making it unnecessary to establish a separate prohibition for a mamzer). Neither of them, however, would have a reason to apply what the Torah said about mamzer to a petzu’a daka.

Rashi did not anywhere echo Rambam’s idea of a Biblical prohibition against sexual relations outside the context of marriage. For Rashi, then, we might have read the prohibition regarding a mamzer as applying to all sexual relations (as Ra’avad did), which is why he had to go out of his way to clarify that it was in fact only about marriage.

For a petzu’a daka, whom the responsum is assuming cannot perform sexually, marriage was obviously the worry, since only marriage creates a good possibility of the wife having an affair. That’s why Rashi did not need to clarify the meaning of the verse.

Now that Rashi, too, would require a petzu’a daka to leave an existing marriage, Chatam Sofer needs to see if he can find a way for this man to be allowed to remain with his wife.

The Source of the Wound

Tosafot Yevamot 75b records Rabbenu Tam’s ruling according to the view of R. Yishma’el in the Gemara, which allowed a man to stay married as long as only one of his testicles was destroyed. Since men in such situations are able to have children, they are not considered petzu’ei daka [which means the Torah was not concerned the wife would choose to have an affair as long as the husband is able to perform well enough to have children].

Rambam in Laws of Prohibited Relationships 16 disagreed. In his view, any injury to that area, caused by human hands, renders the man a petzu’a daka, whereas any natural injury (bi-yedei shamayim, at the hands of Heaven) leaves him allowed to marry.

The injury in the case brought to Chatam Sofer at first glance seems to be bi-yedei adam, man-made, since the man felt pain as soon as he sat down on the barrels at the back of the carriage. Chatam Sofer disagrees; the pain indicated a wound, which might have been originally treatable. Only later, perhaps because the man did not care for the wound properly, did infection set in, which counts as bi-yedei shamayim, Heaven causing this.

We Cannot Force Him to Leave

Either of those two views would provide enough grounds to stop a rabbinic court from forcing him to leave his wife: for Rabbenu Tam, his partial injury means he is not a petzu’a daka, and for Rambam, there’s a reasonable argument to see him as wounded bi-yedei shamayim.

There’s arguments the other way, which say he should be leaving the marriage. Chatam Sofer discusses a passage in Yerushalmi which led Rosh to hold the loss of one testicle does require leaving the marriage; Ra’avad never says one testicle is enough to stay, so he likely would think this man a full-fledged petzu’a daka; and it’s certainly a reasonable possibility the wound happened as soon as the barrels hit him, making it a wound bi-yedei adam, at human hands.

Chatam Sofer advises telling him important rabbis dispute his halachic status, and should make him aware of the stakes: according to the rabbis who hold he is a petzu’ah dakah, every time he has relations with his wife, he’s violating a Biblical prohibition. Because of that, he thinks the choice is the man’s, but the better choice is to leave.

[I think this question underlies many responsa—when do we worry about which halachic views? Chatam Sofer has shown some important rabbis who would think the couple could stay together. Were the man to decide to take the other view into account, he would separate from his wife and never marry again, and she likely would have to scrounge to support herself, especially in a time when financial opportunities for women were not as available as today.

At the same time, as Chatam Sofer is focused on stressing, we should never take lightly the possibility we might be choosing a life in which we daily violate a Biblical prohibition].

The rabbi and/or court cannot in force a divorce, however, because it might count as a get me’useh, as an improperly coerced get, which is invalid, and creates more problems than the current situation [it is for fears of get me’useh that rabbis today are so loath to use force to resolve agunah issues in our time].

He thinks and hopes his correspondent is wise enough to figure out the best way to handle this, because chacham einav be-rosho, wise men have their eyes in the proper place, to know how to achieve good results.