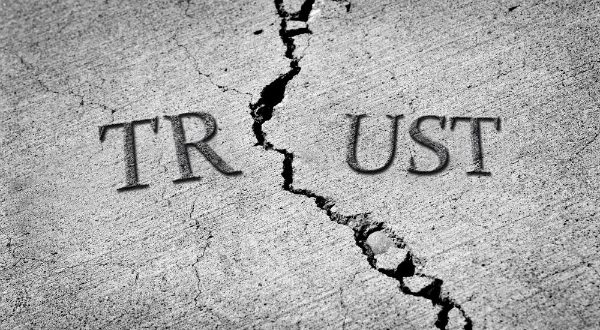 Capitalism dislikes the market inefficiencies of monopolies, which might color our reading of Shu”t Chatam Sofer 2; Yoreh De’ah 9, dated the first day of Rosh Chodesh Elul 5598 (1838). The only shochet, ritual slaughterer, in a certain area had allowed another shochet to join him, with terms and conditions which recognized his monopolistic rights to shechitah in that region. The second shochet violated the terms, and Chatam Sofer was asked how to handle the situation.

As we review the responsum, I hope we keep an open mind to the first shochet (spoiler alert—Chatam Sofer will find in his favor). While it’s possible he was greedily guarding a privilege, it’s more likely he was scraping by, and without some compensation from this second shochet, his bare livelihood would fall apart (some markets cannot support two vendors, and the competition might have threatened R. Chaim’s ability to support his family).

R. Dov (the second shochet) had agreed (about a year before the responsum) he would not perform any shechitah functions—killing animals, or checking already-slaughtered animals to be sure they were kosher, or the slaughtering knives– without the knowledge of R. Chaim, the original shochet. R. Dov further explicitly committed not to pressure or coerce R. Chaim into granting such permission. The terms applied to the whole area, the city itself and the surrounding villages, and he had said he would not do it for himself or others, for pay or for free.

He also committed to avoid giving trouble to R. Chaim, in shechitah or other business affairs (which makes it sound like R. Chaim couldn’t support himself from shechitah alone, he had to cobble together other means), neither himself nor by anyone acting on his behalf. Should he violate the unbreakable oaths and vows he undertook to prove his dedication to upholding the agreement, he agreed all of his own shechitah or checking would be invalid, such that all the animals slaughtered would be completely non-kosher (the agreement says, like pig). In addition, he, R. Dov, would then be considered one who violates his oaths and vows.

In the written agreement, R. Dov states his is signing of his own free will, with no coercion. He also nullified any moda’ot, any prior declarations he had made about this agreement. Halachah allows for a prospective statement to deny a future agreement (if I’m feeling pressured to sign a contract, I can take two other witnesses and issue a moda’ah, an announcement I do not mean the contract I am about to sign, and that works.)

Since no one wants to find out later they signed an agreement which the other person had proactively declared void, many such agreements included within them a nullification of the moda’ah, as did this one.

The Oaths He Took, Or Didn’t

R. Dov then did kill animals in that area without R. Chaim’s permission, putting him in violation. One way out was to claim written oaths do not take effect, but Chatam Sofer mentions a long ruling of his, issued twenty-six years earlier, where he disagreed. To his mind, an oath does not have to be verbalized to be binding. [I am always interested in people who remember what they did that long ago, since it’s so untrue of me].  Besides, the agreement said R. Dov had spoken his oath, the writing was a record of it, not the essence of the oath.

R. Dov also claimed the oath was extracted under duress, since he could not secure R. Chaim’s authorization without it. R. Chaim, of course, disagreed; he also said R. Dov had taken the oath holding an item of mitzvah (usually a Torah scroll, which emphasizes the oath-taker’s awareness of the seriousness of his commitment).

Claiming Against An Agreement

Shulchan Aruch accepts the ruling of Terumat HaDeshen 326, which differentiated between where the claimant concedes the other party only signed a written agreement and our case, where the claimant says the defendant had also articulated his oath. In purely written agreements, the defendant (our R. Dov) might offer an amatla, an explanation for why he would act as he did even if he did not mean to commit to anything. Were he convincing enough, a court might let him out of his commitment.

But where R. Chaim claims R. Dov took an oath, after the fact claims cannot work, and R. Dov must pay whatever penalty he accepted. (Terumat HaDeshen’s case was where the parties agreed that failure to live up to the agreement would incur fines).

Beit Yosef cited a responsum of Rashba’s, who held any exculpatory context to agreements (to claim it was under duress, for example) had to be registered before signing that agreement, not after. R. Dov seems to be in trouble, then, no longer allowed to perform ritual slaughter in the whole region under R. Chaim’s supervision/control.

How Wrong R. Dov Is

Chatam Sofer thinks R. Dov had to fulfill the conditions he accepted, oath or no oath. [A moral claim many would dispute; if one person can prevent another from plying his trade, may the coerced party lie to get him out of the way? Chatam Sofer seems to me to be sure R. Chaim was within his rights to make these demands of R. Dov].

His next sentence adds a whole new element. He says R. Dov is violating Devarim 24;14, lo ta’ashok sachir ani ve-evyon, don’t withhold the pay of an employee.  That verse is about an employer failing paying wages; Chatam Sofer’s citation tells us he thought R. Dov was wrongly withholding money he owed R. Chaim, which was vital to R. Chaim’s ability to support himself [in other words, he accepts R. Chaim’s view, that this money is for sustenance—he’s not being an evil monopolist, he’s protecting his minimal livelihood].

Money aside, Chatam Sofer notes all of R. Dov’s shechitah might be invalid, if we can show he never intended to live up to his commitment. Had he lied to R. Chaim to receive the certification, it was never in effect, and he never was a qualified shochet.

It is better (for those who have purchased and eaten meat R. Dov slaughtered) that we assume he had good intentions at the outset and later succumbed to temptation to abrogate and repudiate the agreement. He then retains his presumption of righteousness until we know he reneged, leaving all his slaughter kosher until the later point. As of now, though, he is a Jew who has violated a sacred oath.

Chatam Sofer also has a lengthy discussion of amatla, when people can later undo actions they took by claiming they never meant them (a topic we’ve seen before). I could not cover his analysis sufficiently in this space.

Chatam Sofer also refers to two kuntresim, two long essays, the questioning rabbi had written, and says he doesn’t have time to deal with all of it, but since the man clearly knows a great deal, and thinks carefully about these issues, he wants to respect him by responding. It’s a reminder of a hidden aspect of responsa literature, many of the questioners were themselves knowledgeable and had what to say, but their views did not find authority among the Jewish people. Partially because those claims aren’t always well-founded, as Chatam Sofer shows here.

He has taught us written oaths count as full oaths, oral commitments cannot be affected by later excuses if those claims could have been registered before the commitment, and when one accepts a certification under certain conditions, s/he must fulfill those conditions, even if they feel unjust. Unless and until s/he finds some other way to certification.

2018-08-10
Gidon Rothstein
Previous: Was the Suffering Worthwhile?
Next: Daily Reyd