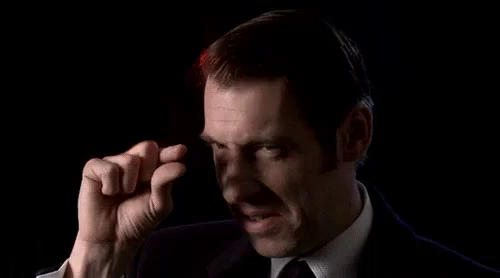 We are not allowed to move on Shabbos an object that is muktzeh, except under specific circumstances. For example, a utensil used for a forbidden purpose (like scissors) can only be moved if you are using it for a permitted purpose (like opening a bag of food) or you need to use the place it is occupying (you want to put a book where the scissors are resting). Can an object be muktzeh for you but not for someone else? While there are different types of muktzeh, this question seems to apply across all (or at least most) types.

I. Smoking and Lulav

The Sha’ar Ha-Melekh (Hilkhos Lulav 7:25) quotes Rav Ya’akov (Mahari) ben Na’im who asks this question regarding a pipe on Yom Tov. Some people follow the view that smoking is forbidden on Yom Tov like on Shabbos. Others follow the view that it is permissible, as long as you do not light a new flame. The latter view is difficult to sustain today, when so few people smoke. Be that as it may, Mahari Ben Na’im asks whether we say that a pipe is not muktzeh in Yom Tov, because some people follow the view that they can use it? Or do we say that it is still muktzeh for those who believe smoking it is forbidden?

Mahari Ben Na’im offers a proof from a Mishnah (Sukkah 42a) which says that a woman may take a lulav from her husband or son. The Gemara (ibid.) asks what this teaches and answers that you might have thought since a woman is not obligated to take a lulav she may not move it. Therefore, the Mishnah teaches that she may. Rashi (ibid., s.v. ka mashma lan) explains that since a man is obligated to take the lulav, it is considered a permitted utensil which a woman may move, as well. The Sha’ar Ha-Melekh explains that Rashi believes this passage follows the view that women are not allowed to perform mitzvos in which they are not commanded (in practice, this view is not accepted). Therefore, a woman is forbidden take a lulav for the mitzvah but may still carry it — since it is not muktzeh for men, it is not for women either.

The Sha’ar Ha-Melekh offers another proof from Shabbos (127b). The Mishnah says that you may move piles of produce that is Demai, i.e. about which there is a slight uncertainty whether the proper tithes have been taken. The rule is that poor people may eat Demai but everyone else must ensure the tithes have been taken. The Gemara explains that piles of Demai are not muktzeh to a regular person because he can, in theory, declare all his possessions ownerless and become poor. Why doesn’t the Gemara answer that since poor people can eat the Demai, it isn’t muktzeh? Doesn’t this prove that something can be muktzeh to some people and not others?

Tosafos (ibid., s.v. de-i ba’i) explain that the Gemara could have answered that since poor people can eat it, it isn’t muktzeh. However, it preferred to explain why Demai is available even for regular people, which is a stronger answer. However, the Sha’ar Ha-Melekh quotes an opinion brought by the Rashba and Ritva that Demai would still be muktzeh to those who may not eat it, if not for the Gemara’s additional reason.

Rav Tuvia Goldstein (Responsa Emek Halakhah 3:30) quotes a Ma’aseh Choshev who offers a proof from food on Yom Kippur. Food is not muktzeh because children under the age of bar/bas mitzvah eat it (Rema, Orach Chaim 612:10). Since food isn’t muktzeh for them, it isn’t muktzeh for anyone. The Ma’aseh Choshev counters that food is not muktzeh on Yom Kippur because adults need to feed children. Therefore, it is not a proof for the general question.

Tosafos (Shabbos 46b s.v. mi yeimar) say that even if a woman vows not to eat certain of her fruits, they are not muktzeh because other people can eat them. Shiltei Ha-Gibborim (Rif, Shabbos 21b, no. 1) sees this as proof of a general rule that something can be muktzeh for one person and not for others. However, the Magen Avraham (308:79) points out that Shiltei Ha-Gibborim’s reading of Tosafos is difficult. Tosafos seem to say the opposite — since others can eat the fruits even the woman may move them, because they are either muktzeh for everyone or for no one. Tosafos add that if a woman forbids the fruits to everyone in the world, then the fruits become muktzeh. This last point becomes very important in practice.

Mishnah Berurah (308:170) follows the Magen Avraham in ruling like Tosafos. Chazon Ish (Hilkhos Shabbos 49:16) distinguishes between something you believe is forbidden and something you refrain from using due to a stringency or custom. If you believe that something you own is forbidden to use on Shabbos, then it is like you vowed that no one may use it, and it becomes muktzeh. But if you refrain from using it as a stringency or custom then it is as if you vowed that you personally may not use it, and it is not even muktzeh. Returning to the pipe, if you believe smoking is forbidden on Yom Tov then your pipe (or other paraphernalia) is muktzeh for everyone.