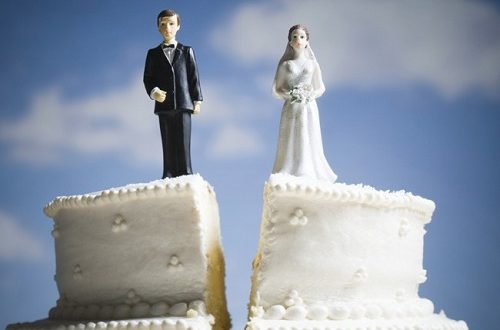 When Marriages Do and Don’t End

16 Av: Netziv and R. Yitzchak Elchanan on When Marriages Do and Don’t End

To divorce his wife, a man must have da’at, the mental competence to authorize the court and scribe to write and deliver the document of divorce on his behalf, Shu”t Meishiv Davar 4;48, dated 16 Menachem Av 5636 (1876), records R. Naftali Tzvi Yehudah Berlin (Netziv)’s response to a rabbi who had overseen the writing of a getbut now questioned the husband’s abilities.

This man was ill when they spoke to him about the get [a childless man would frequently divorce his wife on his deathbed, to help her avoid the need for a chalitzah, a ritual freeing from levirate marriage, which could present technical problems if the brother in law was far away or likely to make problems], coming in and out of awareness, and later passed away. The rabbi turning to Netziv worried the man had not maintained the requisite mental capacities throughout the time from when he had told the court to write the get to when it was given to the wife.

Netziv knew about the case from other sources as well, it seems, since he says he had heard that the wife came to tend to her (now ex) husband after the delivery of the get, and he had pushed her away, telling her she was no longer allowed to act so intimately with him. His insistence on more proper behavior between them shows he understood she was no longer his wife.

We also know the man had been aware of what it meant to give a get when he authorized it, since a court always tests a husband’s mental competence before accepting an authorization. Two times of established mental competence create a chazakah, a situation we are allowed to assume continued from one point to the next, barring evidence to the contrary. It doesn’t prove he didn’t lose and regain his faculties, but halachah allows us to ignore the possibility unless we have some reason to think that’s what happened.

The other rabbi still worried he and his court had done too perfunctory a check to authorize the writing of the get, had found only da’ata kelishta, weak understanding, which might not be a high enough level to set up a chazakah. Yevamot 113 seemed to think a person must have da’ata tziluta, clear understanding, to be treated as a fully competent adult.

The Power of Baseline Competence

Netziv says Yevamot discussed a cheresh me-ikara, a deaf-mute born that way (who has never created a baseline assumption of da’at). Once a person has ever been clearly in their right mind, the standards change. Gittin 70 speaks of a mortally wounded man (his neck was cut, with no chance he could live), who signaled bystanders to quickly write and deliver a get to his wife.

He cannot communicate verbally, yet the Gemara assumes he had da’ata tziluta, a clear mind, says he was just weakened by the wound. Rashi says it was physical weakness, which would not be relevant to our case, but Netziv is sure Rashi would have agreed with Tosafot, who were sure the Gemara included mental weakness. Someone we know to once have been in his right mind, who then weakens, will be treated as if he is still in his right mind, although weakened, until we know differently.

Since the man in this case could still speak to the court when he authorized the get, Netziv saw no reason to adopt a stringent view without some direct evidence he was losing his faculties (as Beit Shemuel says on Even HaEzer 121;11).

A Possible Condition on the Get

The deceased had asked for two hundred rubles (weirdly enough, I found a website which  estimates the value of 3000 rubles in 1878—an amount important to Dostoyevsky’s The Brothers Karamazov—at $51,000 today; if so, 200 rubles would be about $3400), which he did not receive before he died. Had he made the money a condition of the get, the divorce is not valid.

Netziv’s questioner worries about a view of Ramban’s, who though a gilui da’at, any way of making one’s wishes known, was enough to make a condition on an act.Netziv thinks Ramban’s disputant, Ba’al HaMa’or, must have agreed with Ramban, since his logic was so convincing. According to both, if a person authorizing a messenger to act on his behalf makes certain wishes clear, the messenger cannot produce a valid act without fulfilling those wishes.

But that’s only where the person himself did not then act. Here, the man gave the get himself, so he would have been required to reiterate his condition if he wanted it to remain in effect, and do so following all the technical rules for applying conditions to halachic acts (such as making it a tnai kaful, saying the condition in both the positive and negative, what happens if the condition is fulfilled and what happens if it’s not).

Besides, we generally discount gilui da’at, inferences about what someone wants, in cases of divorce (Ramban was speaking about another situation). More, courts have the husband nullify any prior condition when giving a get, precisely to avoid any complications which might call its validity into question.

Were he to have been insistent on the two hundred rubles, we still cannot be sure what he meant. It’s unlikely he wanted them for himself, since he was about to pass away; more likely, he wanted that amount donated to charity, to benefit his soul. Or, possibly, that that amount should go to his heirs (he had a living father).

Netziv does not explain further, but I think he means the woman should give that sum to charity and to her former father in law, just in case the deceased did want that to be a condition. He does say there’s no way this condition interferes with our certainty she’s divorced, because once a man gives a woman a get, whatever conditions he intended to last beyond the act definitely need all the legal niceties of a tenai, a condition.

The rabbi can rest easy the widow is a divorcee, permitted to remarry without chalitzah.

A Woman Who Leaves the Religion, and Her Marriage

That same day (not just the same date, as I usually do when I have two responsa in one day), 16 Av 5636 (1876), 130 miles away, Shu”t R. Yitzchak Elchanan 124 responded to R. Naftali Amsterdam’s question regarding a woman who had left Judaism and then returned.  Either her new husband or the rabbi who had allowed her to marry her current husband claimed the act of leaving Judaism broke all her existing bonds and commitments, so she did not need a divorce from the man to whom she had been married before.

No other rabbis accepted the idea, but the man refused to accept their perspective unless he was shown an explicit Talmudic statement to that effect. R. Spektor bemoans a world in which a Jew allows himself to take such a position [it’s not his place to doubt rabbinic authorities nor to tell them what sources he is willing to accept as proof].

In this case, it’s also silly, because a plethora of such sources prove the point. He mentions Sanhedrin 44a, which tells us a Jew remains a Jew despite his/her sins [so converting out has less halachic meaning than this man wanted to attach to it], and Yevamot 47b, which validates the kiddushin of someone who has left the religion [so his halachic acts still count].

Rashi attributes Yevamot’s rule to the impossibility of shucking one’s Jewish status. Once we know someone who left observance can create kiddushin, there’s no way the leaving would abrogate an existing kiddushin.

Finally, the first Mishnah in Kiddushin lists the ways a woman can exit a marriage, which the Gemara sees as a complete list (and apostasy is not on the list; here, though, the counterargument would be to say the list was complete regarding halachically acceptable ways to end a marriage, not all effective ones). R. Spektor says he’s not going to bother to offer other proofs, since the principle is said clearly in too many places (he does point to Shulchan Aruch Yoreh De’ah 159;2, which prohibits borrowing at interest from an apostate—Shulchan Aruch does allow lending such a Jew at interest, but Rema disagrees, and it’s likely a kenas, a fine, on the apostate, rather than a claim that s/he no longer counts as Jewish).

The responsum takes up one more issue, how to write a certain man’s name in a get, but this is as far as he goes with the topic that links his responsum to the one Netzivwrote that same day, how we do or do not end marriages in complicated situations.