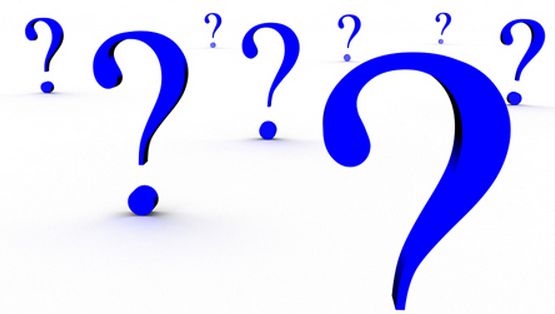 The Questions Rashi and Ramban Taught Us

Eruvin 13b tells us a bat kol, a Heavenly Voice, told us how to rule between the houses of Shammai and Hillel. The bat kol said elu va-elu divrei Elokim chayyim, these and these are the words of the living Gd, והלכה כדברי בית הלל, but normative practice follows Beit Hillel.

Although there has been some debate about whether a Heavenly Voice can establish normative practice (since the Gemara elsewhere says lo ba-shamayim hi, Torah is not in Heaven), Jews have long seen the first part of the statement as true of all debates among qualified Jewish thinkers. Proper scholars using legitimate processes necessarily arrive at ideas or perspectives the system sees as valid, in some sense.

I will not try here to define who counts as a qualified scholar, what constitutes a legitimate process, nor what type of validity elu va-elu grants (whether it means all views are right in some way, or only systemically legitimate). Books have been written on the issues, with no absolute consensus on an answer, and I do not pretend I can resolve any of those here.

What I find sometimes lost in the focus on pluralism, on accepting all these scholars’ divergent ideas, is how much they share, since they all start with the same devar Hashem, word of Gd. I have taken to looking for those unifying elements because I have met many Jews (in person or through their writings) who have forgotten how much of Torah is nigh universally agreed, no matter what brand of elu va-elu one accepts.

Shared ground seems to me as pressing an agenda to articulate as any specific acts of obligation. As important as details and rituals are, they cannot divert our attention from the overall framework shared by all the scholars whose debates of details we assiduously unpack. As we all struggle to find our best Jewish selves, I think we need to start with what is common to us all, but too often forgotten.

The World of Rashi and Ramban

I proposed a list of such common ideas and commitments in my book We’re Missing the Point: What’s Wrong with the Orthodox Jewish Community and How to Fix It, with mixed results. My two recent samplings of commentaries on the Torah allow for a more modest attempt (and therefore I hope more convincing, at least for these two commentators), to see what Rashi and Ramban agreed was important to the life the Torah recommended.

There are other equally authoritative Torah scholars, so what is true of Rashi and Ramban does not necessarily obligate us. But their influence and impact are broad and deep enough to make whatever they agreed upon a pretty likely candidate for how Jews need to approach the world, and to place a burden of proof on those who would insist on assuming otherwise.

For me, this started almost four years ago, when I marked the passing of a good friend and chavruta, Bruce Ritholtz a”h, studying five comments of Rashi’s on each Torah portion. This year, I did something similar for Ramban’s commentary on the Torah, and now we can step back and see what themes cropped for each often enough for us to notice.

A reminder: they also differ on much, which I will ignore. This essay does not answer a high school exam compare and contrast question. I am discussing only where they are the same, or close enough, despite significant differences. Each time I write “both saw” or other similar phrases, I do not mean they agree exactly, I mean they included those issues or questions as part of the agenda of a Jewish life.

Once we’ve seen their list, we can discuss the light they shed on our Jewish lives today.

The Shaping Forces of Life

Rashi and Ramban drew our attention, over and over, to who runs the world, and included a more diverse list of participants than I would have expected. Both saw elements of life beyond human control, individual or national, and others fully within such control. They phrased it differently, but both thought Jews and people generally were supposed to work to improve a world which Hashem set up, within what could be frustrating or upsetting contours and limitations.

Both thought the metaphysical affected the world, thought purely physical “laws of Nature” insufficiently describe how the world works, especially in the Land of Israel. Both also thought human activity impacted the world physically and metaphysically, with the Torah as a guide to how to produce the best outcomes.

Human Beings in Their Groupings

Rashi and Ramban focus on two nations, primarily, the Egyptians and the Jews. The Egyptians presented the prime example of a nation which resisted and rejected Hashem’s messages, could not or would not see Hashem’s Hand or heed Hashem’s orders, and bore the consequences.

The Jews are and can be representatives of Hashem, who declare the truth of Hashem’s Oneness, role as Creator, and continuing Providence. Or they too can be punished for their failure to live up to their responsibilities.

A level below entire nations, both Rashi and Ramban also addressed tribes of Israel, particularly the Levi’im. Tribes, clans, and families all had roles of their own, were a part of the whole, but with distinct contributions to make.

Given Rashi and Ramban’s agreement about how much Hashem determines, how nations, tribes, and families impose a certain character on their members, how geography and neighbors shape people’s lives, we might think there’s nothing left, no room for or reason to expect individuals to do much.

Yet both Rashi and Ramban are sure of the opposite, of the ability of any of us to redirect history in positive ways, or to do the opposite and send history the other way. Through their readings of the lives of the Avot, the Patriarchs, and other notable figures of the Torah—Aaron, Moshe, Noach, in alphabetical order—their comments on where individuals did or should have earned merit or opprobrium through their choices, Rashi and Ramban made clear their belief in how much each person matters.

Generalities leave much room for difference and debate about particularities of how it all works. Even so, I believe the ideas I have presented here portray a vision of Judaism many observant Jews have forgotten, and therefore bears repeating and rejuvenating.

Rashi and Ramban seem to agree that to be Jewish is to recognize one inhabits a world created by Gd (whatever that means), with certainly regularities we can reasonably call Nature, but also significantly affected by forces which are not purely physical or natural.

That’s because Hashem continues to care about and be involved with the world (whatever that means), commanded a Torah (however that happened), which expects people to participate in helping the world become its best version, as legislated by the Torah.

People do so in groups, large and small, and as individuals, and we are each—as individuals or in our groups– responsible for our attitudes, what we support or oppose, condone, protest, or ignore, actions, and inactions. For all of which we will be punished or awarded, as appropriate.

As I cannot say often enough, the specifics are much debated and can end up looking extremely different. I know people who could ascribe to everything I’ve written here and yet seem to me clearly far from what Rashi, Ramban, or any other rabbinic writer I am familiar with. I do not mean to imply adopting the worldview I’ve inferred from Rashi and Ramban is all we need.

But I know many, many Jews who are ritually observant, more or less, but have forgotten or rejected some or all of the basic picture we saw in Rashi and Ramban. Those people spend much time and effort observing a religion they think is Judaism but which dismisses the basic picture of these two giants of Jewish tradition.

Of course, they may have an equally authoritative source, but our project here at least challenges such Jews to find such an authority or rethink their understanding of the religion to which they adhere.

We get caught up in cleaning up details, sometimes, when we have not yet taken care of the big picture. I have sampled Rashi and Ramban to find the big picture, and this is what I’ve found: a world given to us by Hashem, with clear contours, yet with much room for each of us and all of us to affect how it comes out. It’s just for us to take up the mantle left for us, and do our best to usher in the best version of Hashem’s Kingdom over the world.