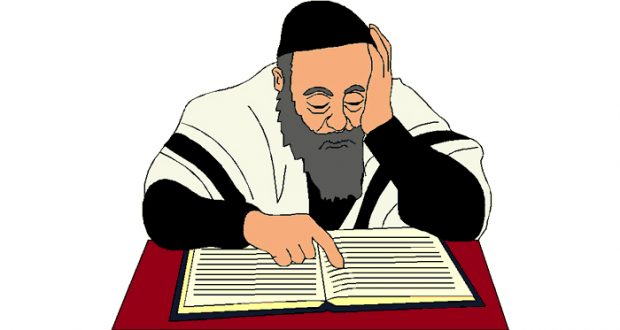 The Obligation to Learn Torah on Tish’a B’Av

9 Av: Klausenberger Rebbe on the Obligation to Learn Torah on Tish’a B’Av

I should not be able to find responsa dated the ninth of Av, Tish’a B’Av, since it’s a day when Jews are not supposed to learn ordinary Torah. Most people assume the permissibility of learning devarim ha-ra’im, sad or depressing areas of Torah (such as Eichah, the book of lamentations over the destruction of the first Beit HaMikdash) is a concession, that on a day when we ideally should not learn at all, these areas do not violate the proscription.

Reasons Not to Learn

Mishnah Berurah 553;8 ratifies the custom mentioned by Rema, to refrain from non-Tish’a B’Av permissible Torah already on the afternoon of the eighth of Av. He applies that even to when the eighth is Shabbat, when we allow other activities that would ordinarily be proscribed, such as eating se’udah shelishit, the third Shabbat meal, with as many dishes, including meat ones, as one wants. Although there are reasons to think the food instructions meant we should not start anyTish’a B’Av activities on Shabbat, R. Halberstam understood Mishnah Berurah to agree with Magen Avraham, Torah study is different and should be Tish’a B’Av-like already from Shabbat afternoon.

To explain, R. Halberstam points to a statement in Yerushalmi Chagigah (and other places), Hashem was willing to forego serious sins, such as idolatry, sexual immorality, and murder, but the rejection of Torah was intolerable. Yerushalmi Yoma adds the assertion that any generation in which the Beit HaMikdash was not rebuilt should see itself as if it had destroyed it.

R. Halberstam thinks Yoma means each such generation should see itself as continuing the exact same sins as those which led to the destruction, which is certainly true of neglect of Torah study, a flaw he saw as continuingly common in his time (and, I bet he’d say, ours).

Stay Away From Torah, To Learn a Lesson

Each time we encounter Tish’a B’Av, then, he thinks the day reminds us we could have avoided this situation had we only paid proper attention to Torah study. While the custom forces us to neglect Torah on Tish’a B’Av itself, it’s a kind of et la’asot, where we violate the Torah to protect it, to spur us to better Torah study throughout the year.

So, too, Menachot 99 records Resh Lakish’s statement that sometimes refraining from Torah study puts it on firmer foundations.  If we remember our failures in study caused the day, we will be more likely to study properly throughout the year, and be freed of the sadness of the day by the rebuilding of the Beit HaMikdash.

He applies the same logic to Nittel nacht, the night of the 24th of December. [The custom, as explained to me, had its roots in the fear of drunken pogroms, but] R. Halberstam suggests we are reminding ourselves of our own failures in Torah study which opened the door to the religion whose founder’s birth the day celebrates. Had we studied well, Christianity would never have come to be.

His great great grandfather, the author of Benei Yissaschar, said we stop Torah study on the eighth to remind us of how late in the process we still could have avoided the fullest destruction. The afternoon of the day before the Temple was burnt, had the Jews repented and returned to Torah study, the disaster could have been averted or postponed.

To R. Halberstam, our mourning practices show we mourn the loss of Torah study— Chagigah 5b says exile contributes most to the neglect of study— more than the loss of political power.

A Pause for Some Other Options

R. Halberstam has made many important claims, but I feel the need to point out some issues. Rabbinic literature uses the phrase “lo charva Yerushalayim ela she-, Jerusalem was only destroyed because,” a few times, with more than just the option of neglect of Torah study, and the three times the Bavli uses it do not refer to bittul Torah, lack of Torah study. I would have wished R. Halberstam would have explained why we should attach more authority to this idea than to others.

I could find other quibbles, but he is about to say something much more radical, that the custom does not mean we try to refrain from Torah study.

How To Spend the Day

Kaf haChayyim permitted not studying Torah at all on Tish’a B’Av, if one did not wish to study some of the permissible texts. [I always thought this was the general view, the areas of study the Gemara itemized were allowed, since they do not involve happiness, but not required, since the day is one of mourning, where we by and large do not study].

R. Halberstam disagrees. Anyone who prohibited all study (as some opinions quoted in the Tur had it) would accept Kaf HaChayim’s view, he thought. But once some study is permitted, we must also be obligated to study those areas, because Torah study is never a matter of choice.

For further support, he points to Beit Yosef’s acceptance of Yerushalmi’s willingness to permit ordinary study to anyone for whom stopping would constitute a true hardship. The permission only makes sense, he claims [there is what to question, but let’s listen rather than argue] if there is already some obligation to study that day [I think he means we would only care about how hard a person would find staying away if there is still an obligation to study that day. If there were an absolute prohibition, the discomfort of the person shouldn’t matter. I might have countered that if this Yerushalmi assumes one can study the sad parts of Torah, why couldn’t this person be directed towards those?].

We Should Recognize the Press of the Obligation

R. Halberstam is reacting to a sefer he had just acquired, Matteh Yehudah, which purported to prove a mourner is in the same situation, may study the sad parts of Torah but has no obligation to study Torah.  He argues against that view in several ways, but we have space for only one.

Matteh Yehudah thought Menachot 99b presented R. Shim’on b. Yochai as of the view that one can fulfill one’s obligation of Torah study at a minimal level by reciting Shema morning and evening (since a mourner does that, Matteh Yehudah is saying s/he need not do more).

R. Halberstam points out the weakness, Shulchan Aruch’s omission of Keriyat Shema as a way to minimally fulfill the mitzvah in the laws of Torah study, Yoreh De’ah 246 (Rema does mention it, but R. Halberstam thinks R. Yosef Caro’s having left it out means we should not apply the idea widely).

In Orach Chayyim 47, Shulchan Aruch also points to a more pervasive obligation than Matteh Yehudah implies. We do not recite a blessing upon completion of Torah study because the mitzvah applies day and night, so we’re never done, says Shulchan Aruch. Shulchan Aruch ha-Rav, the redoing of Shulchan Aruch by the first Rebbe of Lubavitch, allowed relying on the morning and evening Shema occasionally, but not regularly.

To R. Halberstam, the sources are telling us the study of Torah should infuse all or as much as possible of our day, even days of mourning.

More proof we’re obligated to study Torah on Tish’a B’Av comes from the fact that we always do learn Torah, such as by reciting Keriyat Shema (although the recitation is also a separate obligation, which might make it different). Orach Chayyim 46;9 sees an issue with reciting verses before saying birchot haTorah, the blessings on Torah study, which sees those as an example of Torah study, yet we say them on Tish’a B’Av.

Aside from the contested issue of whether recitations count as study, R. Halberstam says

Torah scholars almost necessarily have thoughts and insights even while just reciting sections of Torah, so it’s clear some or many Jews are learning some Torah on Tish’a B’Av, so there cannot be a general prohibition against all study. [One could, again, question some of this logic; here, for example, the weight of the Torah’s obligation to recite Shema might have weighed heavily enough on Chazal that they chose not to prohibit those few moments of Torah study, despite the general prohibition].

For R. Halberstam, it must be that Chazal told us not to study that which makes us happy (all Torah, other than devarim ha-ra’im, the parts that deal with sad or distressing topics). But there remains an obligation to study, which we fulfill with the kinds of Torah that are permissible.

How the Argument the Other Way Could Go

He does recognize the Gemara’s list lends itself to being about recitation rather than study. To read Iyov, the predictions of destruction in Yirmiyahu, and Eichahcould be seen as acts of mourning, those texts helping us access our feelings of desolation over what has occurred (with Iyov being a way to help us avoid repudiating the justice of what Hashem has done to us).

If we focus on using the text as an aid to or expression of mourning, it’s not study at all, which takes away his argument for an obligation (and he notes sources that refer to “days prohibited to read the Torah,” Tish’a B’Av among them).

Nonetheless, R. Halberstam thinks one clear enough counterexample restores his view, the end of the third chapter of Mo’ed Katan, which the Gemara includes among the devarim ha-ra’im one is permitted to study. R. Halberstam sees no way to view a Gemara as an item for recitation rather than study [one could dispute this as well; a casual reading of the laws of mourning might function like those other texts, putting a person more in the mood of the day].

And that’s where he leaves it. For R. Halberstam, Tish’a B’Av is less different from the rest of the year than we generally assume, at least for Torah study. He agrees the curriculum is more restricted, but within the permissible areas, the obligation is the same. Rather than a day of desolation, where we sit around ruminating on our loss, he sees the day as one to spend as other days are ideally spent, studying Hashem’s Torah, the difference being that on this day, we study sad portions of Torah rather than the usual cheering ones.