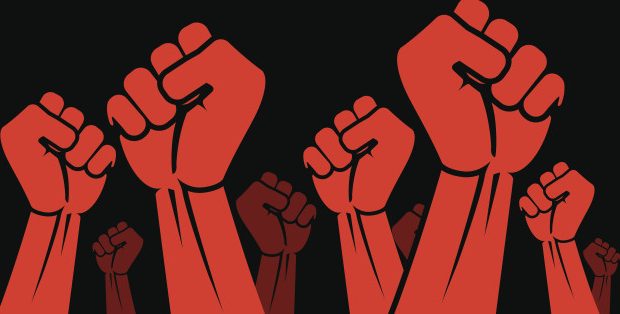 Last time, we saw Ramban argue Pinchas helped the Jews by stopping the plague. Hashem had wanted the judges to calm the divine wrath which was fueling the plague by trying and punishing the demonstrably guilty, but Zimri interfered. Once the judges were prevented from doing their job, the plague would have killed less discriminately, including those not obviously guilty. Pinchas stopped it when he killed Zimri.

At the beginning of this week’s parsha, 25;12-13, Hashem rewards Pinchas for his zeal regarding Hashem’s honor, which saved many Jews from destruction.

[The verse refers to va-yechaper ‘al Benei Yisrael, which we normally translate as “he atoned for the Children of Israel.” Ramban’s reading puts a new spin on va-yechaper, the verb to atone. As we saw last time, Ramban thought Hashem did eventually punish those who worshipped Pe’or, before they reached Israel. Pinchas only delayed their deaths; he saved people the judges would not have killed but who would have died in the plague.

Many understand Chazal’s idea of “once the Destroyer is given the right to destroy, he does not differentiate,” to mean plagues kill even the completely innocent; if so, Pinchas’ action shouldn’t be thought of as atonement, since they had done nothing wrong.

Possibly, Ramban would say “atone” here means “protect from punishment,” but then we would have to wonder where else the word has such a limited meaning. Does Yom Kippur, repentance, etc. only protect from punishment? It is a valid question in those contexts, and Ramban may be hinting in that direction as well. But I don’t think so.

The Space Between Guilty and Innocent

I think Ramban more likely ascribed some guilt to the people as a whole. Not enough to incur the plague, but to require atonement before they could be immune to it. Those who really did nothing wrong—had no involvement with the intermarriage and eventual idol worship in the plains of Shittim– would never have been affected, I think he might say.

Aside from how it explains va-yechaper more smoothly, the underlying idea in Chazal becomes more palatable as well. Instead of their claiming Hashem releases plagues to hit randomly,  this view would say plagues also strike people who bear some guilt, although not enough to initiate divine punishment. Once the punishment is out there, it will affect such people as well.]

Back to what Ramban says explicitly. Hashem wants Moshe to make a point of telling the people of Pinchas’ reward, the priesthood, so they know great actions bring great reward. The verse also names the people he killed to emphasize their prominence, so we realize the risk he took as he attacked a leader of a tribe and the daughter of a king.

We’ve known it works out well for him for so long, we can become inured to the challenge involved. Ramban thinks the Torah wants us to pay attention. Faced with an affront to Hashem’s honor, Pinchas had the fortitude to take a real risk, to shatter real social mores, in the name of Hashem’s honor.

Not an Equal Split

Chapter twenty-six lists the families who would take a share in the Land. Ramban to 26;5 says all tribes received equal shares, a small tribe such as Shim’on getting the same as the large tribe of Yehudah. The Torah lists the families because the land was also divided equally within a tribe, each of the families named here receiving a portion of equal size.

The Torah does command the Jews (26;54) to give more to the greater populations, less to the lesser. Ramban says the obligation came into play only at the level of households within family clans. Each tribe received the same; within a tribe, each beit av , father’s group, received the same. Within a beit av, more populated families received more.

He sees the rule as a reason Yehoshu’a stresses the land was given to families, since families were the unit with differences in overall share. He throws in another option, the families all lived in one place together (at least at the start).

He does not elaborate either of the interesting ideas he’s raised: the starting point of Jewish habitation of Israel was not equal, in terms of land-ownership (a member of a small tribe, with only a few batei av, would receive much more land than members of a large tribe with many households); and they were supposed to live near their extended relatives, in their area of Israel, generation after generation.

The daughters of Tzelofechad make their famous pitch in chapter 27 of Bamidbar, asking for their father’s share in Israel, to preserve his name within the Jewish people. As part of their presentation, they say he died for his own sin, and (27;3) did not take part in Korach’s rebellion. Rashi thought they had to mention Korach since the sin was so recent and so (relatively) common a reason to have died.

Ramban does not see why. The daughters could have said, “our father died in the desert without sons.” [Death in the desert did not have to imply any sin other than crying over the spies’ report.] He understands Rashi was reflecting Baba Batra 118b, which says both Korach’s group and the mitlonenim, the complainers (whom Rashi had mentioned), lost their share in the Land of Israel.  The daughters of Tzlofechad needed to make clear their father was not one of those because they were looking for his share in Israel.

Ramban thinks the simpler reading has the women worried about Moshe’s reaction. Korach attacked Moshe’s leadership, accused him of a personal power grab, for himself and his brother, unauthorized by Hashem. The daughters of Tzelofechad feared Moshe would be unsympathetic to any plea by any relative of Korach’s group.

They therefore reassured him their father had not been part of the uprising, had died peacefully in bed, one of the many whose sins meant they would not make it to Israel.

Ramban then mentions R. Yehudah Ha-Levi’s reading of the text (an uncommon event for Ramban; also of note, he refers to him as ha-meshorer,  the poet. Today, he’s more known for his Kuzari, a philosophical work, a reminder of how people’s reputations and historical images shift over time). R. Yehudah Ha-Levi thought they described their father as having died for his own sin as prelude to their mention of his lack of heirs. Death without male issue was evidence of sin, R. Yehudah Ha-Levi’ assumed.

The daughters of Tzelofechad either want to reassure Moshe their father still deserved a share in Israel; was not one of those who had cast doubt on Moshe’s choice of Aharon; or meant only to bemoan the sin which led to his death without male heirs.

Our random walk through Ramban to Pinchas gave us examples of unexpected workings of power. Pinchas stood up to powerful forces, and earned power (or authority). Smaller tribes’ larger shares of Israel gave them power, and Tzelofechad’s daughters reassured Moshe their father had not attacked his power, as they sought his help.