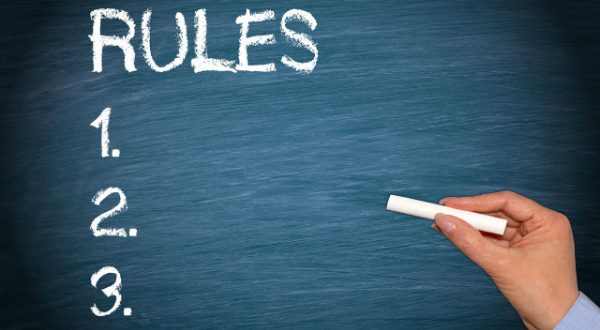 Making Rules and Misusing Them

Ramban to Matot: Making Rules and Misusing Them

Parshat Matot opens with rules of vows, and Ramban lays out some central differences between a vow (the common translation for neder) and an oath (shevu’ah; as with all translations, the exact meaning matters less than ensuring we know the full connotations of the word in the original language, which Ramban is about to tell us).

Nedarim 2b tells us a neder affects the item, which excludes a vow on the intangible. A vow not to speak with someone, for example, can only work if the person implicates his/her lips (“let my lips be prohibited from speaking with you”) or some other physical item. The rule means most vows will prohibit something, since it’s hard to obligate an item to act in a certain way.

The Gemara does speak of a neder to offer sacrifices (which is a positive act), but Ramban thinks the exception stems from another principle, amirato le-gavoha ke-mesirato le-hedyot, the promise to give an item to the Temple takes effect as if it was already given (literally, as if he had given it to an ordinary person). A person’s announced intent of a sacrifice immediately renders some (not yet identified) animal in his possession (or the money to buy such an animal) already donated. [Ramban does not say it, but it sounds like he thinks this is an example of bererah, later events revealing what choice was made at an earlier time, on a Biblical level. We do not usually say that]. So the neder has affected the item, as Ramban thought it must.

The neder’s addressing the object shows how a Jew could make it halachically impossible to fulfill a mitzvah. Were a person to vow not to sit in a sukkah, the vow would take effect on the structure; the Jew has a personal obligation to sit in a sukkah, but any sukkah he would enter is prohibited to him by virtue of the vow. Since they affect two different actors (the person and the sukkah), both can be halachically true.

A neder cannot, however, require a person to act in a way prohibited by the Torah, since there’s no way to create an obligation on an item which would override the Jew’s pre-existing obligation to follow Hashem’s laws.

Shaping Our Personal Obligations with Our Words

Shevu’ot, oaths, are commitments taken by a person. They cannot address pre-existing mitzvot, either to violate or to fulfill, since Jews already and eternally committed at Sinai to keeping the Torah. Any further oaths would be adding to an existing one, and cannot work.

Ramban thinks the phrase tells us the oath has no technical validity, it’s a motivational tool (one who then neglected the mitzvah would still only have failed to observe a mitzvah, but would not have violated an oath).

To me, the whole idea Hashem gave us the right to manufacture Biblical obligations, endlessly fascinates. Ramban here reminds us of the basic differences between two versions of our right to shape the world.

Cause and Effect and Guilt

Among the rules of oaths, a husband may uproot some of his wife’s oaths on the day he hears of them. 30;16 discusses where the husband says he did so when in fact he waited too long, so his uprooting was ineffective. Should she then violate the oath, the verse says “ve-nasa et ‘avonah, he will bear her sin.”

Ramban thinks her freedom from liability depends on her ignorance. Where she had been told (and believed) he had uprooted her oath, he bears all the liability; she does not even count as a shogeget, someone who unwittingly sinned (a reminder shogeg differs from “by accident,” since a shogeg, always had some way to avoid the sin. Misled by her husband, she is not involved at all, he gets all the blame/guilt).

On the other hand, if she knew the truth, and the relevant halachot, and chose to violate the oath anyway, she’s in the wrong. Her husband would have to seek to dissuade her from her conduct, but would only be responsible for his failure to effectively remonstrate. She cannot offload her guilt to him because he tried to mislead her, only if he truly did.

Reasonable and Unreasonable Misunderstandings of Vengeance

In the beginning of chapter 31, Moshe sends an army to take revenge on the Midianites. They incur his ire by taking captives, especially of women who were likely participants in the precipitating incident of the war, seducing Jewish men. As preface to his explanations for how they got their mission so wrong, in 31;6, let’s note his view of the men sent to war.

Moshe sent a thousand men from each tribe, which strikes Ramban as a small number for an invasion. He first says Moshe had little choice, since any Jew who sinned with a Moabite woman was disqualified from partaking of Hashem’s vengeance. [I think he means they would not be qualified to enact Hashem’s vengeance even after they repented. Repentance might absolve us, but it does not give us the moral superiority to punish others for their role in the same sin.]

The thousand from each tribe were sin-free and well-known, good representatives for the whole. But in this version, if they were so good, how did they go so wrong?

Ramban thinks Moshe assumed they would understand vengeance to mean to eradicate the Midianites, as had been the rule in other cases, such as the Amalekites and Canaanites. He was particularly incensed about the women, Ramban thinks, since they should have extrapolated from the Torah’s requirement to kill animals whom people used as sexual objects (Vayikra 20;15). All the more so a human being.

When a Strafing Becomes a Conquest

Alternatively, perhaps Moshe never intended to invade Midian. In 25;17, Hashem said tzaror, attack, and smite them. Perhaps the small army was sent to attack vulnerable sites such as unwalled cities, knock down their best trees, seal up their springs, put stones in all their fields. He sent them to create annoyances and problems,  not destruction.

Hashem instead handed them an overall victory, but they had no instructions about how to handle it. Moshe thought killing the women should have been obvious, and added the male children as a further form of vengeance.

He thinks Moshe’s certainty the soldiers should have known better also serves as the background to a Sifrei which says Pinchas responded to Moshe’s rebuke, “we did what you said.” Ramban first points out Moshe did not address Pinchas, out of respect for Hashem’s high regard of him, Hashem’s having given him a berit shalom, a covenant of peace.

But how could Pinchas claim they did what Moshe said, when he didn’t say what to do? Moshe did say, “take revenge,” and Pinchas said they had in fact taken great revenge. Although not the revenge Moshe meant or thought should have been clear.

Different people understand the world differently, even with the best of intentions on all sides, even where one of those sides, Moshe Rabbeinu, thinks his intention should have been clear.

Like the vows and oaths we started with, another example of why our words matter, the care we should take in our speech, to arrive at the results we want.