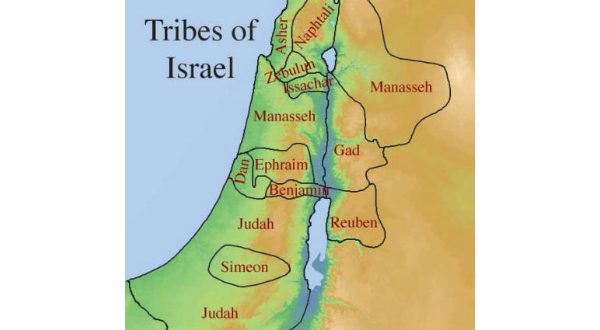 The last parsha of Bamidbar opens by listing the places the Jews had encamped along their forty-year journey. Rashi here and Rambam in the Guide for the Perplexed (3;50) offer reasons for the choice to include the whole list [in brief, Rashi thought the list shows Hashem’s compassion while administering the punishment of forty years of wandering, and Rambam thought the list would verify the miracles of Hashem providing us food and water, since the places named are not near human habitation].

Ramban thinks Rashi and Rambam’s explanations are fine possibilities, but assumes there easily could have been other reasons, still held secret by tradition.

The comment reminded me of a talk my late teacher, R. Aharon Lichtenstein zt”l, gave on one of his trips to the US soon after my time in Yeshivat Har Etzion (Gush). He spoke about the parah adumah, the red heifer, as the paradigm of a commandment whose full reasons we will never know, and pointed to a Midrash which said the Torah specifically included such mitzvot to remind us to ground our observance in acceptance of the Divine command, not in attachment to whatever reasons explain the mitzvot to us.

It seems to me Ramban is offering a similar point: the list has some reason, whether Rashi’s, Rambam’s, or some other. But the reason matters less than our consistent and insistent certainty we need to read it as part of Hashem’s Torah, all dictated by Hashem to Moshe, for whatever reasons Hashem decides.

A Mitzvah to Live in Israel

Bamidbar 33;53 tells the Jews to conquer the Land and live in it, since Hashem has given it to us. Ramban says (as he also did in his glosses on Rambam’sSefer Ha-Mitzvot) the verse establishes a Biblical obligation to live in Israel.

[I have a close friend, whom I admire greatly, who made ‘aliyah in his forties. Before he went, he rarely spoke about the importance of living in Israel, because he could not urge others to do anything he had not fulfilled himself. Once he went, he refused to speak about it, for fear of sounding holier-than-thou.

As I languish in exile, for reasons I make no pretense of thinking of as sufficient to justify myself before the Heavenly Court when my time comes, I still allow myself to review such sources publicly, to help those of us stuck outside of Israel retain the discomfort of knowing we are failing to live up to the commands or hopes of simple sources of tradition. Our current Ramban is a prime example].

Hashem’s reference to having given us the Land tells Ramban a choice to leave and live elsewhere constitutes a rejection of Hashem’s Land and inheritance, as would the choice to conquer some other land and take it over.

He reminds us of Ketubbot 110b (and the next few pages), which makes striking comments about the obligation to live in Israel, the prohibition to leave, an idea to which the Gemara gave halachic teeth when it said a spouse who wished to move to Israel could force the other to join (or to divorce with financial prejudice—the woman could require her husband to divorce her and pay a ketubbah, the man could divorce his wife without paying her ketubbah. The issue of whether to push ‘aliyah regardless of consequences, and of how the finances would work, is more complicated in practice, but the theoretical right to force ‘aliyah makes Ramban’s point).

When the Land Makes Us Do It

Back in Parshat Korach, I noted how Ramban seemed to equate all forty-eight cities given to the Levi’im as places of refuge for unwitting murderers. In 35;14, he does it again, more egregiously. The Torah tells us of three cities of refuge east of the Jordan, and Rashi noted Chazal’s surprise at there being an equal number of such cities for the two and a half tribes as there would for the nine and a half on the west of the Jordan.

To explain, Abbaye on Makkot 9b cites Hoshe’a 6;8’s characterization of Gilead as a place filled with evildoers, soaked in blood. Ramban questions the relevance of the source, since cities of refuge absorb only unwitting murderers. He says Abbaye meant deliberate murderers will pretend to have done so unwittingly, increasing the case load of Gilead’s cities of refuge.

Abbaye seems to see the Torah as legislating the number of cities of refuge based on the future tendencies of the inhabitants (which raises questions of freewill). Ramban suggests instead Abbaye read Hoshe’a to be telling us an inherent quality of Gilead, something in the air which made people more likely to commit murder (he does not go further with this very important issue, how geography shapes people’s character, in minor or extreme ways).

He eventually turns to size, says cities of refuge were apportioned according to land mass (which makes sense, since the point was for an unwitting murderer to be able to reach the city before the goel ha-dam, the blood-avenging relative, caught up), and the land of the two and a half tribes was as large as the land of the nine and a half.

But the reason I noticed the comment enough to include it was Ramban’s first reaction to Rashi and the Gemara, confusion. True, there were three cities of refuge on each side, but there were forty-eight Levitical cities in total, each of which could serve as a city of refuge. Forty-eight translates into four per tribe, so what bothered the Gemara?

As I said, he offers an answer to the original question, but he again shows his certainty all the cities of the Levi’im were fundamentally the same, despite the Torah’s calling only six of them ‘arei miklat. He’s right about the ability of the non-miklat cities to offer a very similar refuge, but seems to have dismissed differences among them.

On Mas’ei, on the verge of entering Israel, we found comments about where we live and how: on the road in the desert, in Israel, and for some of us in cities of the Levi’im, where we can find refuge.