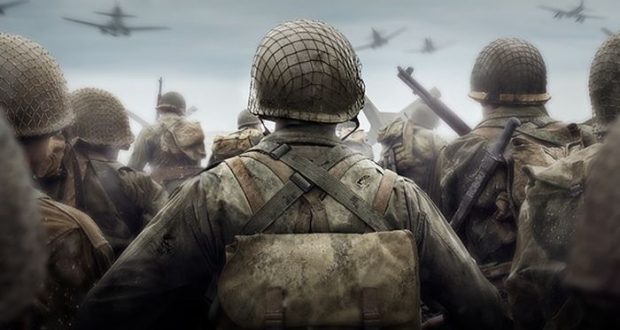 The Nature of the Impurity of Death

My temerity in thinking I can communicate Ramban’s ideas briefly and accessibly depends on my selection process, where I often leave out deep and important claims of Ramban’s I do not know how to convey. To stretch myself a bit, let’s discuss his understanding of 19;2, where the Torah introduces the idea of a parah adumah, a sacrifice whose ashes would be used to remove the ritual impurity associated with contact with the deceased.

Rashi, here as elsewhere, thinks chukkah refers to a commandment Satan and non-Jews would attack us for observing, since they see it as meaningless. Ramban thought there was more to the challenge of the parah adumah, just as was true of the scapegoat sent to die as part of the Yom Kippur service (Vayikra 16;8). Here as there, he thinks the sacrifice’s location, its being offered off-site, gives the possible impression we are serving some power other than Hashem.

To explain the red heifer under current discussion, he says the sacrifice removes the smell of tum’ah, of impurity, by creating a reiach nichoach, a pleasing smell. He does not elaborate, but he seems to see death as creating some kind of actual smell (although not one human beings notice), and the burning of the red heifer creates a counter-smell, so sprinkling some of those ashes on a person counteracts the smell.

I don’t want to ascribe to him anything he did not say, but I do want to stress he means this literally (altbeit metaphysically). To me, only such a reading can explain his next words, where he attributes the ritual impurity associated with death to ‘etyo shel nachash, the aftereffects of humanity’s interaction with the serpent in the Garden of Eden.

The righteous who passed away be-neshikah, with a Divine kiss as it were, do not create ritual impurity (as a matter of halachah, Ramban stresses, which is why the righteous do not (Akeydat Yitzchak, the work I hope to work on next in this space, sources the idea to Berachot 18a, which says only the righteous are called alive even after their passing. [I emphasize the halachic nature of Ramban’s views here, regardless of their roots in his metaphysics. He is not speaking metaphorically or allegorically when he links the ritual impurity of death to the incident in Eden—or if he is, it’s a metaphor or allegory important enough to leave an imprint on the halachot of ritual impurity.

Death, for Ramban, has a bad smell, the bad smell of our having yielded to the serpent’s blandishments which, aside from losing us Eden, left us with the wrong kind of death. The righteous, who have freed themselves of that, still pass away, but without the need to remove any smell].

Continuing with laws related to death (because Ramban carves out another halachic exception we might not know), 19;16 speaks of a challal cherev, someone killed by the sword, leading Nazir 53b to understand the Torah to equate the sword to the corpse: both are avi avot ha-tumah, primary sources of ritual impurity, able to cause seven-day corpse impurity to people and objects.

Ramban says the Gemara means the impurity created by contact or carrying, but does not mention ohel, impurity a corpse causes to people or items within its same halachic space. He thinks perhaps since the Torah stressed adam ki yamut be-ohel, when a person passes away in a space, the Gemara understood the rules to be limited to the deceased, not swords. A page later, the Gemara seems also to understand the Torah to require sprinkling of parah adumah water on the third and seventh day only for contact with actual corpses, not swords.

Swords create a unique impurity, seven days of impurity due to contact with death (but only contact, not occupation of a joint space), and removable purely by immersion in mikveh at the end. There’s much to say, but Ramban says none of it, so we will leave it here, more aware of the complications of our halachic response to death.

Chapter twenty starts by telling us the Children of Israel, the entire nation, arrived at Midbar Tzin. Since the Torah repeats the idea of kol ha-‘edah, the whole nation, in verse 22 (when they get to Hor HaHar), and did so several times in Shemot, Ramban cannot accept Rashi and Ibn Ezra’s reading the phrase to mean the group who arrived in the desert of Tzin were the complete complement who would enter the Land, after the passing of all those doomed to die in the desert.

In most of those cases, the Torah then related an incident in which the Jews sinned, rebelled, or otherwise acted wrongly. For Ramban, the Torah tells us the whole nation was there so we know they all partook of the misdeed, to forestall our thinking some subset brought trouble on the nation as a whole.

His explanation does not work for verse 22, however, since nothing bad happened at Hor HaHar. There, he thinks the Torah wanted to signal the unity of the Jewish people regarding the mourning over Aharon HaKohen, a unity for the good. In fact, Bamidbar Rabbah referred only to the Hor HaHar incident as the whole nation, since only there was the unity for a good purpose.

The Torah tells us the Jews sent to Sichon asking to pass through his land, 21;1-2, without any apparent command from Hashem. According to Rashi, the Jews indeed initiated the idea of a peace overture on their own. Ramban tells us he will elaborate elsewhere on what he sees as a requirement to offer peace terms before war (in Devarim 20;10),.Here, he agrees with Rashi, since Sichon was an Emori. For Sichon, peace could only come if he and his people accepted mas ve-shi’abud, financial and physical servitude, which the Jews do not mention here in their offer to pass through without war. The peace overture they are making cannot have been the one Hashem would have wanted them to make, since they do not set the right rules.

Ramban advances what seems to me a daring explanation. Were the Jews planning to conquer Sichon or Og’s land, they would indeed have laid out the limited options. However, since Moshe knew the Jews were not going to right then conquer all ten nations (the seven Canaanite ones plus Keni, Kenizi, and Kadmoni, as mentioned in Rashi, Bereshit 15;19), he preferred focusing his efforts on the other side of the Jordan.

If all they conquered was west of the Jordan, the tribes would live near each other, in the land described as zavat chalav u-devash, flowing with milk and honey. Moshe therefore could honestly say the Jews would leave Sichon alone (for now) if he let them pass through. After they forced war, Ramban thinks Moshe still planned to leave it uninhabited, had Reuven and Menasheh not requested it as their share.

Sifrei Tavo 299 supports Ramban’s reading. When the Torah speaks of the Land on the other side of the Jordan as what Hashem planned to give to us, latet lanu (Devarim 26;3), Sifrei sees an implied distinction from the land they took on their own. Too, Bamidbar Rabbah 7;8 says east of the Jordan was not sanctified enough to support a Beit HaMikdash or to serve as a site for the Shechinah, the concentrated Presence.

He does not go further (the rest of the comment explains the Jews did not send a message to Og, since he had seen what happened to Sichon and attacked them anyway), but he has assumed Moshe had the right to choose the order in which the people took over the Land. His interest in national cohesiveness justified his plan to ignore the land east of the Jordan (as we continue to do), and focus on the more sanctified parts of Israel, where all the tribes could reside together.

Until Sichon forced his hand