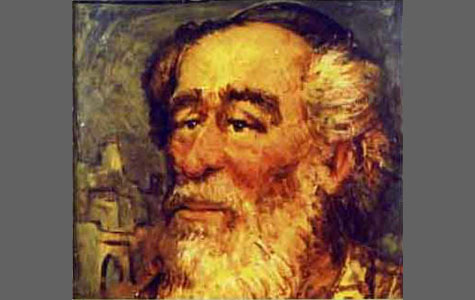 Posted by: Gil Student in From The Hashkafah Files, Magazine, Musings, Posts May 31, 18 1 Comment

R. Avraham Ibn Ezra has long been a controversial figure. R. Shlomo Luria (Yam Shel Shlomo, intro to Bava Kamma) respectfully but strongly rejects his entire approach to Torah commentary. What does the Ramban, one of the classical commentaries whose work serves as a foundation for modern Jewish thought, think of his predecessor, Ibn Ezra? He certainly disagrees often with Ibn Ezra, sometimes sharply. But there may be a more fundamental reason for opposition.

At the end of Ramban’s commentary on Shir Ha-Shirim, he writes that anyone who says that Ezra the scribe added to the Torah–such as Gen. 13:6 or Deut. 3:11–is a heretic (Kisvei Ha-Ramban, vol. 2 p. 548). Ibn Ezra famously suggests that four verses imply post-Mosaic interpolations–Gen. 12:6, 22:14, Deut. 3:11, 31:22. Ramban, who shows clear expertise in Ibn Ezra’s Torah commentaryn quotes two of these four verses in describing the heretic! Coincidence? R. Betzalel Naor, in his annotated edition of Rashba’s Ma’amar Al Yishma’el (Orot: Spring Valley, NY, 2008, pp. 25-27) finds this correspondence convincing. The author of the commentary on Shir Ha-Shirim must have been condemning Ibn Ezra as a heretic. Even though some supercommentaries and scholars dispute the claim that Ibn Ezra ever intended anything other than that Moshe wrote those verses prophetically, many believe he made the more radical claim. [1]On this disagreement, see R. Yonatan Kolatch, Masters of the Word, vol. 2 pp. 310-318. If so, this passage from the Shir Ha-Shirim commentary condemns him as a heretic.

However, R. Naor points out that Ramban did not write that commentary. R. Chaim Dov Chavel argues cogently in his introduction to that work that it was written by the earlier, kabbalist R. Ezra of Gerona (Kisvei Ha-Ramban, vol. 2 pp. 473-475). If so, we can ask whether Ramban agreed with R. Ezra’s evaluation. R. Naor (ibid., pp. 136-143) makes the following points and suggestions:

In the end, once we determine that the commentary to Shir Ha-Shirim is misattributed, we can only speculate about Ramban’s attitude toward Ibn Ezra. Maybe he agreed with R. Ezra of Gerona’s condemnation or maybe he felt the belief was wrong but not heretical. Or maybe, as R. Naor suggested, he rejected the belief as heretical but not the person.