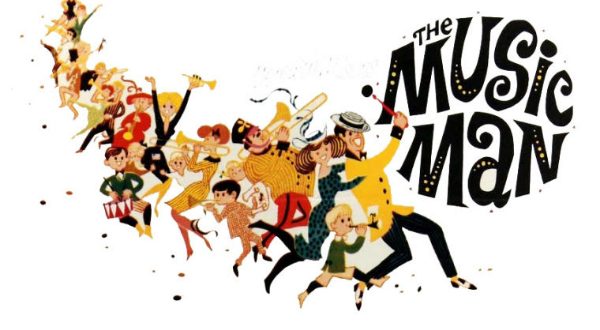 Listening to Music in a Post-Churban World

4 Sivan: R. Wosner on Listening to Music in a Post-Churban World

Part of what I value about this series is the exposure we gain to a range of halachot we might otherwise not realize or encounter. Shu”t Shevet HaLevi 6;69, dated 4 Sivan 5744 (1984), takes up an issue I had never heard of until I arrived in Israel for a post-high school year of learning  (even there, I did not encounter it in my own learning, a second-year fellow that year, R. Nati Helfgot, delivered a chaburah on the topic), when and whether we may listen to music.

It will also be an example of a posek coming to a conclusion we likely will choose not to adopt, and will then have to understand what aspects of his reasoning leave room for other conclusions.

R. Wosner starts with Rambam’s Laws of Fasts 5;14, which records some of the ways Chazal told us to mark the destruction of the Beit HaMikdash in our everyday lives. One of those is a decree (in Rambam’s view) banning the use of musical instruments—in which he explicitly includes “all which makes a sound of song.” We also may not sing while drinking wine, based on Yeshayahu 24;9, ba-shir lo yishtu yayin, with song, they will not drink wine.

The end of the paragraph’s mention of a capella music told R. Wosner the earlier reference to “all which makes a sound of song” included music made with non-traditional instruments (banging a bowl and spoon still counts as music for the purposes of this halachah). Rambam also referred to producing and hearing, which taught R. Wosner we may not hear music regardless of whether we had anything to do with producing it.

Taken simply, the rule against music puts radio into question. She’arim HaMetzuyanim Ba-Halachah permitted listening to news and/or business despite the moments of music played between the parts of broadcasts. He thought halachah defined an item by how we generally use it; for radios in these kinds of observant homes, the majority use was clearly not musical. Once defined as a non-musical instrument, we can use the radio and ignore the music.

As support, he mentioned Orach Chayyim 551;6, which says we kasher utensils for Pesach, turn them from pots, pans, or silverware we use for chametz throughout the year into ones we may use in the chametz-free environment of Pesach, based on their majority use. If we generally boil food in a certain pot, we would make it usable for Pesach by hag’alah, filling with boiling water, even if we once in a while use it directly with fire, which ordinarily requires libun, direct fire.

Any Music Is a Problem

R. Wosner disagrees, and in doing so betrays some of the cultural assumptions which underlay his reasoning. He writes “even one who errs and permits a radio in his house for business purposes, and to hear the news,” may not listen to the musical parts. Before we get back to the music, let’s not glide over his rejection of a radio even just for news and business ideas.

It seems reasonable, although I certainly have no proof, that his perspective colors his view of the music as well. If radio may not be allowed even for permissible content since it could also be used for problematic content, snippets of music from the world against which he intends us to cloister ourselves are more clearly an issue than they might otherwise be.

His explicit reaction to She’arim HaMetzuyyanim was to reject the comparison to Pesach, because the music itself is the issue, not the radio (so the general use of the radio cannot let us ignore the music, because that music is prohibited. I think She’arim HaMetzuyyanim was making an analogy rather than a direct comparison—just like the majority use determines how we kasher a pot, majority use shapes how we see this radio. Those whose majority use is non-musical can ignore any music that happens to come out, just as we ignore the uses of a pot that might require a different form of koshering.)

R. Wosner is more open to the claim that small amounts of music do not rise to the level we need to avoid, although clearly not convinced.

When Music Is Available to All

Another reason we might rule more leniently is the view recorded in Rema Orach Chayyim 560;3, which limited the prohibition to rich people who have music played all the time [when they wake up and go to sleep, and in their dining rooms; I would have thought it’s when music is special that it would show we’re not paying sufficient attention to our lack of a Beit HaMikdash. This view seems to see the problem in music as its being a sign of wealth, which we should not indulge in a post-Churban world; where it’s no longer a sign of wealth, or special, I’d have thought its halachic resonance would change].

R. Wosner does not read it as I just did. To him, since in our times everyone has music readily available, and people turn on their radios—to music—as soon as they wake up and throughout the day, they count as the kind of wealthy people to whom Rema referred. He bemoans the clear violation of a well-established law, says he has no full explanation or justification.

R. Wosner will suggest a couple of ways it’s ok to sing or have music, but before we see his view, I want to step outside my usual practice and review what others said. Orach Chayyim 560;3 follows Rambam, Chazal forbade all instrumental music and any singing accompanied by wine. Rema demurred with the leniency R. Wosner translated into a universal prohibition today, that music is only a problem for those who could pay to have it as a regular background to their lives (for Rema, it would have been live music, but R. Wosner does not see that as a distinction).

Shulchan Aruch adds a first leniency—which R. Wosner will get to– that Jews have all accepted the custom to say words of praise or song of thanks and of Hashem’s kindnesses, even with wine. Rema allows all singing and music for needs of mitzvah, such as a wedding [I do think it’s worth remembering it that way, however, that this is a change from our usual practice, to foster the joy of the occasion, not because music is perfectly fine].

Magen Avraham was very strict about this, and Mishnah Berurah objected to music at meals, especially when it’s a regular practice [he would seem to prohibit a restaurant with a piano player, for example]. But there are more lenient views as well.

R. Moshe Feinstein, Iggerot Moshe Orach Chayyim 1;166, sees no problem with live music for those for whom it’s not a constant, and sees Rambam as a stringent outlier on this issue. As is his way, he recommends being stringent if possible, but notes reliable lenient views (which allowed instrumental music if it wasn’t a daily event, and all singing without wine).

He also thinks the permissibility of music for mitzvah purposes includes more than weddings. He was unsure whether it extended to fundraising dinners, since the dinner is a means to an end, not a mitzvah itself. Possibly, honoring those who perform mitzvot is enough of a mitzvah to allow the music, but he is not confident of that view, and therefore recommends avoiding it. At the same time, he is unwilling to criticize those who rely on that idea to have music at such events. For R. Feinstein, radio does not change much—singing is allowed, musical instruments are not.

R. Ovadya Yosef, Yechaveh Da’at 6;34, thinks the added layer of radio does make music more permissible. Obviously, he limits this to shirei kodesh, songs on sanctified topics [how we approach secular music is an important issue, but not this one], but the halachic innovation is that he thinks recorded music is not included in this aspect of mourning the Destruction.

At any occasion of mitzvah joy, he thinks we’re allowed to have even live music. His list of such occasions includes the usual, a berit milah, a pidyon haben(redeeming a first-born son), a Bar Mitzvah, but extends even to a siyum, a celebration of completing a piece of Torah study.

R. Wosner agrees that zemer kodesh, holy music (by which he means singing songs that remind us to serve Hashem, and arouse our emotions to be more dedicated to doing so) is allowed, especially at a wedding (except for Jerusalem, which has a specific custom to refrain from live music even at a wedding).

He also allows, without seeming to realize the loophole he’s just opened, listening to such music to remove sadness, which qualifies as a mitzvah need (he attributes the idea to Maharsha”g, R. Shim’on Greenfeld, a Hungarian posek who lived from1860-1930). I’m pretty sure he was thinking of those sad for a particular reason and/or the clinically depressed, but I can imagine some who would argue the lack of radio or taped music would depress their mood in general.

Learning to Play an Instrument

His openness to occasional listening does not lead him to sanction learning to play an instrument, which requires the student to enter environments where men and women mix freely (a music school). People generally sing in such places, so the student is also likely to hear women singing (a matter of kol isha, a different prohibition). He refers us to Yosef Ometz, which protested girls’ learning musical instruments, for similar reasons.

He cannot fight this battle alone, he knows, but he especially wants people to refrain from having organs in their homes (I think he means even pianos), which particularly irked rabbis of past generations (I think because of its connection to Reform, which put organs in their temples, so the organ/piano became a symbol of leaving traditional observance).

I am not an halachic authority, but I know that this perspective of these halachot is not the one of my teachers. This is not the place to argue the points (such as the possible permissibility of some secular music), but we cannot simply dismiss his views. R. Wosner was a well-recognized Torah scholar, with wide-ranging knowledge, and accepted authority.

He may have chosen a debatable halachic perspective, but it challenges us to remember what lets us see it differently. And especially to remember that there is a prohibition against music, in some form and on some occasions, as a sign of our continuing mourning over the Destruction. Whatever our halachic conclusion as to the shape that prohibition takes, forgetting it completely is a wrong we must not let happen.