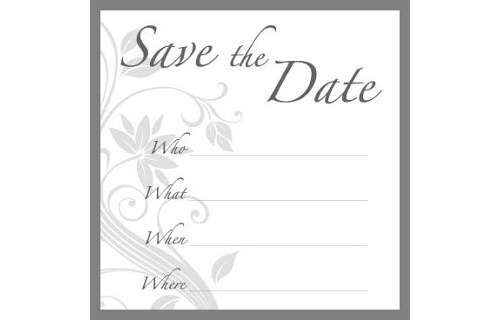 Dancing at a Wedding during your Sefira Period

Question: I was invited to a wedding, during my sefirat ha’omer observance period. May I go? If so, may I dance?

Answer: As we have written (see Living the Halachic Process III, D-21), we believe in the legitimacy of the various minhagim for which days of sefira to observe and that one may choose different ones on different years according to needs. Certainly, then, one should respect someone else’s choice. True, it is proper for a community to have set practices that all conform to, including in this matter (Rama, Orach Chayim 493:3). However, in the great majority of contemporary Jewish communities, there is a great mix of people from various places of origin and backgrounds. While in certain areas of halacha, community consensuses have developed, the poskim recognize sefirat ha’omer as one in which diversity still exists (see Igrot Moshe, Orach Chayim I:159).

One can ask, though: considering the different opinions, is it okay to make a wedding at a time that puts people in a situation of choosing to do things that are ostensibly forbidden for them? The Minchat Yitzchak (IV:84) deals with a wedding of Sephardi boy and an Ashkenazi girl in Buenos Aires which needed to be around Lag Ba’omer. Ashkenazim (in that place, at least) can have weddings on Lag Ba’omer but not after; Sephardim can have weddings after Lag Ba’omer but (probably) not on it. Although the Minchat Yitzchak arrived at a way of doing it which could work for everyone, he posited that participants could not take part in a wedding seuda that would go against their minhag of sefira (the ceremony without lively music would be permitted). The simple reading of the Chatam Sofer (I:142) is similar.

However, Rav Moshe Feinstein (Igrot Moshe, OC I:159) posits that everyone can take part freely in the wedding during such times. His rationale is that once a marriage has taken place, it creates simcha obligations that break normal rules. For example, a couple who get married at the end of Nisan are allowed to continue with sheva berachot festivities, which should have been forbidden for the other participants. Rav Moshe even claims, based on the end of the Chatam Sofer’s teshuva, that the latter agrees that people can take part in the wedding.

Rav S.Z. Auerbach (as cited in Halichot Shlomo, Moadim 11:19) similarly posits as a simple matter that if a couple is celebrating a wedding, invitees can take part. (He and Rav Moshe seem to disagree whether one could take part in the celebration if they got married at a time that was not appropriate for their own minhag.) It is possible that the Minchat Yitzchak would agree that given the practice that people do get married at times that do not fit all, one could take part b’di’eved.

In any case, we prefer the approach of Rabbis Feinstein and Auerbach for several reasons: the approach makes sense; those poskim are among those who most impact on our rulings; it is proper to be lenient on sefira questions (Chok Yaakov 493:2; Chatam Sofer ibid.). Imagine that we would be limited by the chumrot of all the sefira opinions and consider the not so distant three weeks with no weddings. It turns out that 4 months of weddings are squeezed into just over a month, which in many communities causes problems of hall availability and conflict that can be very stressful (and/or expensive) to couples and their families.

There is one further reason to allow full participation (see Halichot Shlomo ibid.). Seudot mitzva create all sorts of dispensations regarding national mourning. We know about eating meat at siyumim during the Nine Days. For a closer example, according to many (see Dirshu 493:8), there can be dancing at a hachnasat sefer Torah during sefira. Therefore, music/dancing at a wedding might not be forbidden, as it is an important part of an important seudat mitzva (see Rama, OC 338:2). In fact, according to some, the main reason not to get married is that it is a bad omen to get married at such a time (see Shvut Yaakov II:35). Thus, there is an additional reason for dancing at the seudat mitzva being fine.