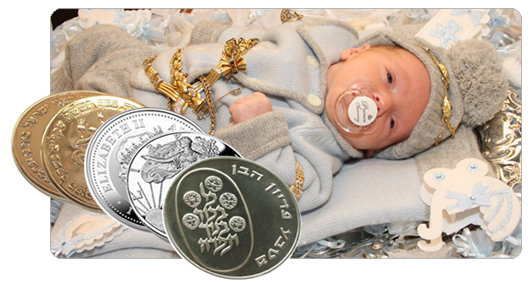 26 Iyyar: R. Ovadya Yosef on Pidyon HaBen for a Baby Delivered with Forceps

Doctors sometimes use forceps to deliver a baby without the more invasive caesarean, when the mother’s efforts alone are not working. Shu”t Yabi’a Omer 9; Yoreh De’ah 26, dated 26 Iyyar 5729 (1969) responds to R. Baruch Rakover, who wondered whether such a baby could count as a bechor, a first-born son who needed to be redeemed from a kohen. He wants R. Yosef to decide whether such a boy needs a pidyon haben at all, and whether our confidence about the need for a pidyon extends to having the father recite a berachah at the ceremony.

Contact with the Uterus Creates the Sanctity of Being First Born

Several discussions in the Gemara seem to require contact between the baby and the mother’s body all of its way out of the birth canal in order to count the baby as a peter rechem, first out of this womb; forceps seem to separate the two. Rashi read Chullin 70a as a discussion of this issue—the Gemara speaks about a first-born animal wrapped in various materials, coverings which break the contact between the baby and the mother.

The Gemara did not reach a firm conclusion, so Rambam Laws of First-Borns 4;7 said to treat such an animal as a doubtful first-born [for animals, doubt means we do not know who owns the animal, the kohen or the owner of the mother; for a human baby, whether to recite a berachah on the pidyon is the main issue]. Similarly, Bechorot 9b wonders whether the first twin born can count as a bechor, since the other interferes with the contact with the mother’s body.

Bechorot phrases the question as whether the whole rechem, uterus, confers the sanctity of being a peter rechem, or whether partial contact is enough. The Gemara decides we cannot derive other information from the twins case, since the second fetus is min be-mino, the same material as the one born first, so it does not constitute a chatzitzah, a barrier, to the mother’s body.

As Shu”t Chelkat Yoav noted, the Gemara did not decide whether partial contact sufficed, which is our forceps issue. He therefore thought such a first-born would be a safek bechor, a possible but doubtful case of a first-born. The father should redeem the baby without a berachah, and give the money to the kohen as a matanah al menat le-hachazir, a gift conditioned on its being returned [he may also give the kohen the money fully; Chelkat Yo’av meant only to pre-empt any claim by the kohen to expect or demand to keep the money, since it’s a case of doubt].

Avnei Nezer wrote the author of Chelkat Yo’av with more reasons to think the child had to be redeemed. He had heard forceps were used to widen the birth canal rather than pull on the baby’s head [the Mayo Clinic disagrees, at least in how it’s done today], in which case the forceps were not interfering with the baby’s contact with the mother.

He also posits a sfek sfeka, a double doubt, to obligate the father to redeem his son. First, the Gemara never clearly defined wrapping a baby to ease delivery as a chatzitzah; ifnot, the forceps does not affect this child’s status as first-born.

Nor was contact with the entirety of the birth canal ever formally instituted as a necessity for a peter rechem. In the twins case, the Gemara left open whether a chatzitzah for part of the birth would interfere in a fetus’ attaining the sanctity of the first-born.

Chelkat Yoav thought a sfek sfeka would not yet convince us to obligate the father, since pidyon has a monetary component, whether the father must pay the kohen fully—asAvnei Nezer’s double doubt would require—or only as a conditional gift, as Chelkat Yoav had said.  Halachah does not usually rely on decision mechanisms such as rov, majority, or sfek sfeka, to the extent of extracting payment.

Avnei Nezer counters with Chullin 134a, which reads Tehillim 82;3, ‘ani va-rash hatzdiku, to tell us to give gifts to the poor even in doubtful cases. Without explanation, Avnei Nezer assumes the Gemara would include gifts to kohanim in the rule, I think because he already thought the equation between kohanim and the poor in this context was well-established.

Nonetheless, and again without further comment, he did agree the ceremony should be performed without a berachah.

R. Yosef lists other authorities who articulated reasons a baby could be a first-born despite a forceps delivery. Maharash Engel noted the case of a woman who must leave a bandage on her body, for life-threatening reasons; the bandage would not be considered a chatzitzah (more precisely, it’s considered einah makpedet, that she does not care that it’s there), a barrier that interferes with her immersion in mikveh). The forceps, too, are necessary for this baby’s life and therefore should not be seen as an interruption between the baby’s head and the mother’s body.

Shu”t Levushei Mordechai drew our attention to the difference between deciding whether an animal is a first-born, the topic of the all the Talmudic passages we’ve cited, or whether a human baby is. For animals, we’re certifying possible sacrifices (or, for a donkey first born, whether it needs to be switched for a sheep) likely a higher standard than for whether we’ll engage in a symbolic financial redemption.

R. Moshe Feinstein agreed to the latter point, but disputed the comparison to a bandage, because he did not accept the parallel between what counts as a chatzitzah for her immersion in mikveh and what does or does not allow for the creation of certain kinds of sanctity.

When the Father Wants To

I’m skipping a discussion of how chazakah and rov differ in what each lets us assume [chazakah, an established status or state of affairs creates a presumption, rov is a majority; in each, we wonder whether halachah tells us to act on those indications or halachah tells us we should assume those establish the truth. The answer affects issues such as whether and when we obligate people to pay out money and allow them to make berachot].

I’m skipping it because R. Yosef quotes Shu”t Chavalim Be-Ne’imim, who pointed that were a sfek sfeka to exempt the father (as Mishneh Le-Melech had said), the father could still choose to redeem the child. The sfek sfeka worked to exempt the father because the redemption money for a first-born is mammon she-ein lo tov’im, money no specific person can claim (no kohen can demand the money from the father, because he can always claim he intends to give it to another kohen. No particular kohen has judicial standing to demand this money].

Where the father willingly gives it, the lack of a claimant does not matter. Chelkat Yo’av had made a similar point, phrased slightly differently; he focused on the privilege of what is a somewhat rare mitzvah, which leads fathers to want to perform it regardless of doubt, and to want to make a berachah as well.

Radvaz helped the father along, since he thought the rule that we refrain from making berachot unless we are sure they are necessary does not apply where there’s a debate about whether a mitzvah is obligatory. If some authorities hold a certain act to be obligatory, and a Jew decides to perform the mitzvah in question, Radvaz thought s/he would recite the berachah.

R. Avraham Neimark (whom I think is this person) raised one more point in favor or reciting a berachah. A doctor who specialized in such issues had told him a forceps will not be used until the baby’s head has already left the uterus, which halachah considers already born. For our purposes, the baby had contact with all of the rechem, leaving no question of its bechor status.

R. Yosef continues with many more citations of similar ideas in the acharonim, which I will skip for brevity. He adjures R. Rakover to avoid causing fathers any worry about the propriety of a pidyon haben in such cases—they are anxious and excited to fulfill this mitzvah, and we should help them feel as full a joy as we can. He fully ratifies Radvaz’ greater openness to berachot on a mitzvah even in cases of doubt, notes Netziv’s claim (in Ha’amek She’alah) that we may not perform a mitzvah without a berachah, andTevu’ot Shor Yoreh De’ah 19;17 and 27, who preferred the risk of making an unnecessary berachah to performing one without a berachah.

Sum total, forceps delivery raises some concerns about whether the baby is considered a first-born, but R. Ovadya Yosef finds plenty of room to encourage the father to happily and whole-heartedly perform a pidyon ha-ben, with a berachah and all the fixings.