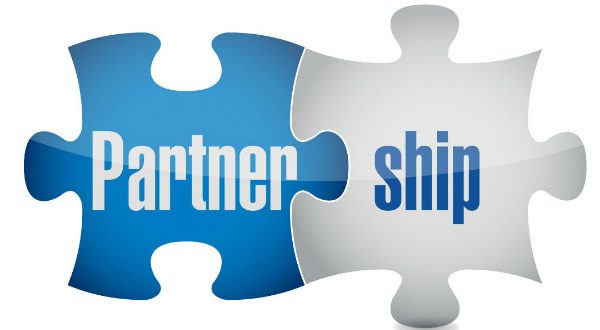 A repeat element of responsa we’ve studied has been that respondents reply to an author who had sent novellae of his own. The polite response was for the other Torah scholar to share some ideas of his own on the topic. Shu”t Tzitz Eliezer 15;35, dated 28 Nisan 5742 (1982) provides a good example; R. Waldenburg writes to a rabbi from Ashkelon, complimenting his recently published third volume of Shu”t She’elat Chemdat Tzvi. R. Waldenburg chose to pursue further one of his topics, what are known as Zevulun/Yissachar partnerships, where one party studies Torah and the other supports it financially.

R. Chaim Volozhin and the Obligation to Accept Support

Rema Yoreh De’ah 246;1 provided the starting point, because he ruled that two men can contract with each other that way, and they would split both types of profits (Tzitz Eliezer reminds us of what is often forgotten in describing these partnerships, that Sha”ch says they have to split the money equally, or it’s not a partnership. It’s always good to support those who study Torah, but this kind of arrangement only works if it’s a partnership).

R. Chaim Volozhin ruled that the Torah scholar should see himself as obligated to enter into such a relationship wherever his lack of funds would adversely affect his study, such as if he’s going to have to take a relatively menial and low-paying job to support his family. In this version of the story, R. Chaim Volozhin thought a Torah scholar’s refusal to accept the greater and easier support of the Yissachar/Zevulun relationship showed he cared too much about retaining all the reward for his Torah study. His actual goal should be maximizing Torah study in the world.

R. Waldenburg knew another version of that story, however, reported by R. Eliezer Zalman Grajewski, a rabbi in Liverpool. R. Grajewski heard that as a young man, R. Shmuel Salant (later Ashkenazic Chief Rabbi of Jerusalem, for almost a half century) was faced with a wealthy man who had been supporting his Torah scholar brother for some time. He had decided he was only willing to continue doing so if the other gave him half the reward for his Torah study.

R. Shmuel Salant consulted with R. Chaim Volozhin, who allowed it, but told R. Salant to point out to the wealthy man that he was already getting great reward for the support he was giving, in a way that did not take away from the scholar brother’s reward; if he insisted on reducing his brother’s reward by taking half, that negative component would constitute a lessening of his current generosity.

As further encouragement, R. Chaim recommended that R. Salant point out to this brother that Berachot 17a asks how women earn reward in the realm of Torah study, and answers that it’s by their support and encouragement of their husbands and sons’ study. If the Gemara is satisfied that that’s good enough for the women, it should be enough for this brother as well.

In addition, the scholar should make clear that he refuses to give up any of the reward he gets for studying under financial stress. [I think there’s an implication here that the supporting brother isn’t so generous financially that the scholar is living in the lap of luxury].

The story shows R. Waldenburg that R. Chaim Volozhin in fact did not require a Torah scholar to accept support that came with such strings. He tried to help convince the brother to withdraw his demand for half the reward, and allowed but did not obligate the scholar brother to accept the deal if his brother refused.

Part of what led R. Chaim to that view might have been the view of R. Hai Gaon quoted by Maharam Alashkar 101. R. Hai denied that people can transfer their mitzvah merits to others. For R. Hai, the reward comes directly from the action—it’s not like a monetary payment that that person can then transfer to others, it’s a good that resides in that person by virtue of the action he took [the analogy that comes to my mind would be that we cannot have others exercise for us, because the “reward” of exercise comes from doing it].

R. Hai is a significant authority, so one should only rely on Rema’s view and offer a share of his Torah study if nothing else worked.

The Effort of Torah Study

R. Waldenburg is still troubled by R. Chaim Volozhin’s adamance that the scholar brother resist relinquishing any share of his efforts. He says that his study of this other rabbi’s sefer had reminded him of Rashi to Sotah 21a, which tells the story of two brothers, Hillel and Shevna. Hillel studied for many years while poor until, at some point, Shevna woke up and suggested he would support him going forward in return for half the reward.

A bat kol, a Heavenly Voice, quoted Shir HaShirim 8;7, that a man will be mocked if he gives away his fortune for another love (implying that Hillel would be foolhardy to give away his fortune of Torah study for the money Shevna was offering). Rashi explains that the fortune Hillel had accrued was the merit of studying in great poverty.

R. Yosef Karo (author of Shulchan Aruch) in his responsa Avkat Rochel understood Rashi to mean that Shevna wanted to split the past as well as the future. In return for furnishing Hillel’s house and supporting him going forward, he was asking for an even split of all of Hillel’s Torah study merits. Since Hillel bore the past on his own, it would be a mistake for him to yield any of that credit (and that’s the firmest conclusion of this responsum, that it is not possible to sell or share the reward for one’s past Torah).

Tzitz Eliezer suggests that that was R. Chaim Volozhin’s focus as well when he told the Torah scholar brother not to give up the element of study under pressure he had gained for himself. The effort of study under difficult circumstances has a special character and reward, which the bat kol advised Hillel not to relinquish, and led R. Chaim to advise this brother the same.

Rewards We Can Give Away

I’ve skipped parts of the discussion, but he closes with a distinction drawn in Imrei Binah, by R. Meir Auerbach. R. Auerbach was asked by a wealthy man about making such an arrangement and pointed out that one type of reward for mitzvot is that more opportunities for such mitzvot come that person’s way, an idea encapsulated in the phrase sechar mitzvah mitzvah. That should be distributable, the kind of reward that can be shared.

But he also recognizes R. Hai’s idea, that benefits of the mitzvah come from the experience of that mitzvah, which there’s no way to share. R. Auerbach gave the example of bringing food or drink to someone starving or thirsting; there’s reward for doing so, but no one would think that the person who brings the food could also be physically satiated by the other eating it.

R. Shlomo Kluger limited this kind of arrangement in another way, in that he thought it was only Torah study one could sell at all, because the Gemara infers from verses that people come to “own” the Torah they study in some senses. Regular mitzvot are not that way, and R. Kluger saw no reason that such an arrangement could work for chessed, for example (if one brother wants to spend his life doing acts of kindness, and the other gives him the means to do so, they’re both acting well, but R. Kluger would deny that the supporting brother would get half the reward of the chessed brother. He’d get his own reward for supporting such acts, but not for doing them).

As a postscript, he quotes author of Or HaChayyim, from an early sefer of his, Rishon le-Tziyyon. He was fully comfortable with an equal partnership, but noted R. Chiyya b. Ami’s statement in the name of Ulla, Berachot 8a, about the greatness of supporting oneself. Or HaChayyim added that that was fine back then, but in their times (and so in ours, R. Waldenburg implies) the effort needed to master the most basic of halachot means it’s better to take the money if it’s available.

And that’s how Tzitz Eliezer reacted to another rabbi’s discussion of taking money to share in the reward for one’s Torah study.