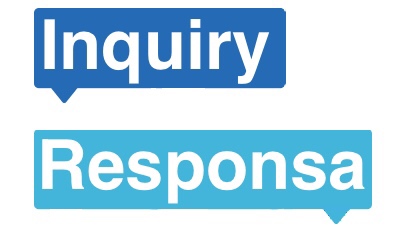 Lone Respondent for the Sixth of Pesach

Much as I’ve tried to randomize this series, I cannot pretend to have succeeded totally. Shu”t Sho’el ve-Nish’al by R. Khalfon Moshe HaKohen of Djerba, has responsa for just about every day of the calendar, so I could fill almost an entire calendar with responsa only of his (as I could for R. Moshe Feinstein, but I took many more of his responsa than R. Khalfon’s).

Yet we have not seen him often, and the sixth day of Pesach allows/forces us to rectify that a bit, because he was the only person I found who wrote responsa dated to 20 Nisan (and more than one; we’ll see two, but there are more as well).

Shu”t Sho’el ve-Nish’al 2; Orach Chayyim 9, dated 20 Nisan, 5687 (1927), dealt with rice that mixed with ziwan (darnel, which is mentioned inmKilayim 1;1, see Rambam and Bartenura there), a weed that invades fields of grains (the link I gave notes that it looks a lot like wheat for much of the time it’s growing) that was hard to distinguish from the rice itself. Could they rely on separating it out and eating the rice? [The question assumes the Sephardic custom to eat rice on Pesach, because they did not avoid kitniyot. Those who do so, however, are careful to check that rice, lest there be anychametz candidates in them].

R. Khalfon HaKohen notes that there are two types of ziwan, larger and smaller (I’m leaving out the names he mentions). The smaller kind cannot become chametz, whereas some opinions hold the larger kind can. A sefer called Hilchot Beit Yehudah said the ziwan that grows with wheat can become chametz, but that which grows with rice cannot. He does not give a reason or source, but R. Khalfon HaKohen tells us that the ziwan that grows with rice looks more grass-like, which is why it became accepted not to worry for leavening.

The messenger who brought the question also brought a sample of the rice mixed with ziwan. R. Khalfon says it fits the description of the ziwan which does not leaven, and should be ok. Nonetheless, caution and the worry that some of the other type of ziwan might be mixed in as well lead him to recommend that they do their best to separate out all the ziwan, and cook only the rice. That also avoids the possibility that once they’ve cooked it, some ziwan will show itself to have been of the type that could leaven, and they would lose that entire batch.

Shu”t Sho’el ve-Nish’al 2;Even HaEzer 18, dated the same exact day, takes up a couple who disagree over how much the husband would owe her should the marriage end. He was not from Djerba, but the ketubbah was written according to Djerba standards, and guaranteed her three times as much as the dowry.

She lost that ketubbah, and before he agreed to a replacement one, he wanted the amount changed, since the custom in his city of origin was to double the dowry [ketubbot used to have meaningful numbers, a real amount that would support the woman should the marriage end; that is also the practice today in Israel, I believe].

She and her relatives counterclaim that he knew he was marrying a Djerban, so he should have stipulated a different amount if he wanted to stray from accepted local custom. Worse for his claim, he had signed the previous ketubbah with the triple-the-dowry figure written in it. He says he was misled, signed the document before he was paid the dowry, and assumed the amount in the ketubbah—which he also did not check; he says he relied on the people who told him this was the right amount—doubled the dowry, like in his hometown.

When No One’s Lying

R. Khalfon Moshe HaKohen starts with the important point that they might both be telling the truth, that he did sign this ketubbah, as she says, and that he did not realize the commitment he was making, as he says. That leaves us to reconstruct the assumptions of a marriage where neither side specified their expectations.

If, for example, the couple agreed they would eventually settle where he was from (after the wedding or a few years more—it need not be immediate, as long as that was the assumption of the marriage, that his home town would be where they lived), the ketubbah should follow that custom, and the reverse if they intended to stay in Djerba.

If they had not discussed it, the default position assumed by Shulchan Aruch seems to be that they go to his hometown. That would not be true, however, if the woman never knew he was from elsewhere, or he had lived in Djerba for more than a year.

In the former case, the local court has to figure out how to handle it, since both members of the couple claim to have lacked necessary information (we then have no standards by which to decide the issue; the court will have to do its best to forge a compromise, or find some way to show that one or the other side is more correct).

But if he had been in Djerba for more than a year, R. Khalfon Moshe HaKohen rules that he becomes a full-fledged member of that community, for all purposes (such as taxation). Had he wanted the ketubbah to follow his custom of origin, he needed to make that explicit [this is an example of anhalachic assumption often forgotten or ignored today, that moving to a new place was supposed to mean that one largely took on the customs of that new place].

He adds in closing that he hopes to review this issue again before finalizing his conclusion.

For us, for the sixth day of Pesach, we have R. Khalfon Moshe HaKohen fleshing out two customs, which mixtures of other material might concern those who eat rice on Pesach, and how to choose the custom of ketubbah amounts for those from different places.