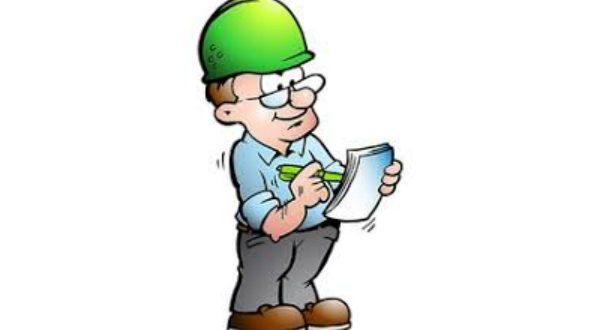 Varieties of the Supervisory Experience

Ramban to Pekudei: Varieties of the Supervisory Experience

The beginning of Pekudei tells us Betzalel did all that Hashem commanded Moshe. The next verse names others he had with him, but this verse sounds like he did it all. Ramban explains that he was the one who taught the various artisans what they should do. That would have explained the verse, but Ramban continues that Betzalel oversaw all they did, that they brought everything to him for checking. He delegated tasks, but no product was complete until he signed off on it.

The Mishkan was Betzalel’s to a greater extent than minimally necessary.

That did not restrict the other workers to doing exactly what Betzalel said. They contributed input as well as time and effort, I think he meant. For example, at the beginning of chapter 39, the Torah describes in greater detail than usual how they wove gold into the threads that made up the ephod. I could have imagined Ramban saying that’s because this is the first such garment, and the method they used here was true for them all.

Instead, he says the verse comes to emphasize their creativity. When told that the garments were supposed to have gold mixed in, they were confused and unsure as to how to do that. The Torah tells us their eventual method in such detail to let us see what they accomplished, how they conceived of a way and got it to work. Here, he does not mention Betzalel, which suggests to me that it was the artisans as a group who figured it out, then brought it to Betzalel for his approval.

How the Kohen Gadol’s Clothes Differed

Verses 27-29 tell us about the garments common to Aharon (and all later High Priests) and the ordinary priests. Verse 27 speaks of kutanot, tunics, for Aharon and his sons; Ramban thinks those were exactly the same.

The next verse mentions the mitznefet, Aharon’s head covering, and the migba’ot, the ordinary priests’ head covering. Ramban thinks they were made the same way, but worn differently—as he said in 28;31, a comment we did not see at the time. The High Priest would wrap the material around and around his head, to create a sort of hat, one that has an opening in the middle. Other priests would take that same material but wrap it in such a way that it fully covered the head.

Then, in our third verse of this section, Ramban points out that Chazal in Yoma 12a debated whether the avnet, the belt, of the High Priest differed significantly (he does not elaborate further, but Rashi to Yoma 12a tells us that the issue was whether a regular kohen wore a belt of linen or of mixed materials; the High Priest wore one of mixed materials throughout the year, and of linen on Yom Kippur).

The High Priest had more garments than his brethren, some of which were the same, some the same material worn differently, and some constructed differently despite performing largely the same function. Each of which distinguishes the High Priest, shows how he is both similar and dissimilar to the others.

As the work of the Mishkan neared completion, Hashem told Moshe (40;2) that on the first day of the first month, he should set up the Mishkan. Torat Kohanim Tzav191 says that this was the eighth day of the dedication ceremonies, the last time Moshe would disassemble and reassemble the structure. From then on, the Levi’im would do it each time the camp moved.

As he explains that comment, Ramban adds two points that certainly fit the Midrash but are not the only way to have understood it. First, he says the week of taking down and putting up the Mishkan was to help the Levi’im learn how to do it. Since we’ve already seen his view that the Torah said credited Betzalel with making the Mishkan because he thoroughly supervised the process, I expected Ramban to make a similar point here, that Moshe had the Levi’im take down and put up the Mishkan each of the days, so they could practice it under his watchful eye.

That’s all the more sensible because Ramban thinks it didn’t take much time. He convincingly points out that the Mishkan had to be standing the whole day and night, since any service (especially sacrificial) could only take place within the context of a standing Mishkan.

He thinks Moshe would take it down each morning, and then put it right back up. That’s again more plausible if it’s not only Moshe’s hands working, but Ramban insists Moshe did it all alone, and the Levi’im learned by watching.

For Parshat Pekudei, we see varieties of leadership/supervision. Betzalel watched and signed off on everything, Aharon was the same as, and varying levels of different from, the other priests, and Moshe Rabbenu taught by example, the Levi’im restricted to watching and learning, not yet getting hands-on experience with what would be their frequent obligation.

Next week, as we start Vayikra, we’ll also step back to review what was common to the comments of Ramban’s on Shemot.

Previous: Daily Reyd
Next: Ownership, Hubris and the Sacrificial Conundrum