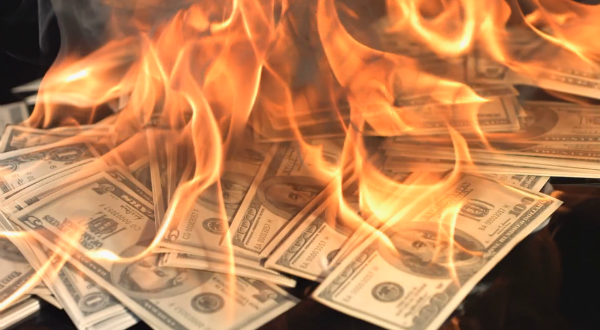 The Roles of Fire and Money

Ramban to Vayakhel: The Roles of Fire and Money

Rounding Out a Prohibition

At the beginning of Vayakhel, Moshe gathers the people to remind them of proper Shabbat observance. In 35;2, he says not to perform melachah, creative labor, on Shabbat, and verse three adds that they may not burn fires. Ramban records two ways Chazal explained why fire was singled out (either that it is a plain prohibition rather than one that incurs stoning or karet and/or that it tells us that each type of prohibited melachah violates Shabbat independently, such that unwitting transgressions of different categories of melachah obligate separate sacrifices), but Ramban adds another reason verse two needed clarification.

That verse had banned melachah, not all melachah.  People might think fire helps us observe Shabbat better (as melechet ochel nefesh, labors that help with food preparation, enhance holiday observance), so Moshe made sure they understood it was not allowed [Ramban reminds us that the Aseret Ha-Dibberot did say all melachah when it spoke about Shabbat, and does not explain why we would have forgotten that here]. His examples of “helps us observe Shabbat better” are baking bread, cooking meat, and other acts that foster physical pleasure.

Other Uses for Heat

He quotes Mechilta, with a slightly different version of this idea. Mechilta attributes to R. Natan the idea that we might have thought we could light a candle, heat up water, or make a bonfire. Ramban thinks R. Natan used examples not about food, because Moshe Rabbenu had told the Jews, in Shemot 16;23, that they had to prepare all their man before Shabbat, which carried the message that they could not violate Shabbat for that purpose.

We might have thought we could use fire in other ways that enhance our Shabbat pleasure, lighting a candle, a fire for heat, or water for a shower. So the verse tells us not to.

Ramban does not explain why he presented his idea, with the example of preparing food, if he knew R. Natan held that food preparation was already ruled out. Isuspect it’s because he was not convinced the rules for man were obviously universalizable.

Either way, the Torah here makes clear that even that which might enhance Shabbat is not allowed if it requires prohibited melachah.

Fundraising in the Torah

People wryly (or jealously, if they’re fundraisers) note that the campaign to finance the Mishkan was the most successful ever, bringing in more money and donations than those charged with building it could handle. On verse 11, Ramban points out that Moshe tells the entire people all the Mishkan would involve—the structure with all its appurtenances—when only the craftsmen needed those details.

He says this was Moshe Rabbenu’s way of getting them to open their wallets. Just mention a Mishkan, people would give a bit. By telling them the various pieces of the planned building, he was giving them a sense of how big an endeavor they were undertaking.

[Ramban adds that the items are all referred to with an identifying hei because the craftspersons will hear about them in fuller detail—it means something like “the Mishkan which will be described later.” If that’s a possible reading of an identifying hei, Ramban’s view of other identifying heis (such as the one for the Urim ve-Tumim that we saw in Tetzaveh) becomes less compelling; it could just be as it is here, an indication this will be explained in greater detail in a different context.]

For Ramban, the Mishkan needed a fundraising campaign, needed Moshe Rabbenu to convince the Jewish people to give in greater amounts than they normally would. True, one appeal seems to have been enough, and met with wild success, but it did not just happen.

35;21 tells us that every man asher nesa’o libo, whose heart lifted him, came to help with the construction of the Mishkan. Ramban says that means only those who came to participate in the crafts work; those who donated money are described with another phrase, nadevah rucho, his spirit moved him to generosity.

He then repeats his view that the artisans had no prior training. The phrase he uses is “matza be-tiv’o she-yada la’asot ken, found in his heart that he knew how to do this.” It’s a remarkable idea, people just found themselves able to work with metal, sew garments, dye material, etc. For Ramban, it’s some element of their heart that lifted them up.

Other members of the people were generous. These people found themselves uplifted to do the actual work of building the Mishkan.

That’s not to say Ramban ignored the importance of money. When Moshe Rabbenu conveys to the people that they’ve raised more than they can use, 36;6, he spreads word that “al ya’asu ‘od melachah, let them not do any more melachah.” Most simply, that last word means work, but Ramban has already said they were not doing the work.

He adduces texts that show that the Torah also refers to money as melachah. He was telling them not to donate more money, which makes it strange that he used the verb “al ya’asu, should not do.” Before we get to his answer, I want to highlight his point about melachah; he is telling us that the money we amass is also ourmelachah, our work, in a sense.

It’s similar to the idea that money is a way of keeping score, that the money we have (and can use to support various causes—I wrote the first draft of this while in Israel as part of a group touring the very impressive Yeshivot Bnei Akiva in Israel; it’s related to but separate from Bnei Akiva, the youth movement, is a network of 75 institutions, mostly boys and girls high schools, some yeshivot Hesder, some girls’ advanced institutes of learning, and other projects as well. Money we donate to causes like that, Ramban is telling us, is also our work).

But we don’t do money, we give money. Ramban says the verse used “al ya’asu, do not do,” to include the women who were weaving materials for the Mishkan. That, too, was oversubscribed.

Because it’s a double parsha this week, I’m going to end the discussion here. But fire and money have shown us two ways to bring more light than heat on how the Jews built the Mishkan.