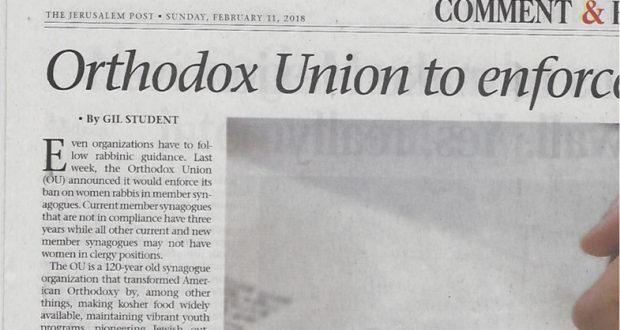 Even organizations have to follow rabbinic guidance. Last week, the Orthodox Union (OU) announced it would enforce its ban on women rabbis in member synagogues.

In 2009, Rabbi Avi Weiss ordained a woman and established Yeshivat Maharat to train more women for the rabbinate. In response, the Modern Orthodox community gathered its leading Torah scholars to discuss the issue and decide whether this move was consistent with the Torah tradition as understood and accepted in the Orthodox community…