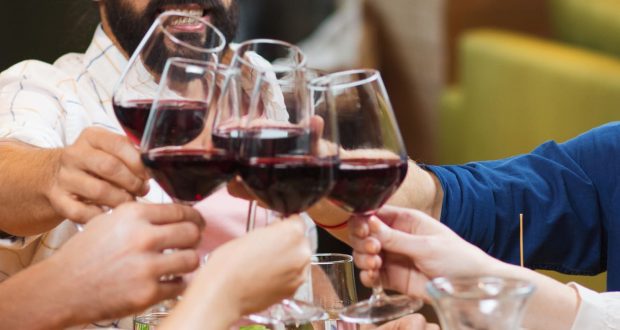 Question: At my Purim seuda this year (Friday, in Yerushalayim), I will be hosting my children from outside the city. Are there any limitations on their participation considering that it is Erev Shabbat?

Answer: While the main halacha of refraining from serious eating before a holy day is before Pesach (Shulchan Aruch, Orach Chayim 471:1), it is proper to refrain from even a moderate meal during the last quarter of Friday day (ibid. 249:2). It is also prohibited to make, anytime on Friday, an especially big meal. However, this is permitted for seudot mitzva that fall specifically on this day (Rama ad loc.), including a Purim seuda (Rama, OC 695:2).

At first glance, since the Purim seuda does not apply, halachically, to your visiting family, they do not have an excuse to do that which is normally forbidden. However, one can argue cogently to the contrary. One who makes a brit or pidyon haben on Friday makes a seuda (Rama ad loc.), and standard sources do not limit whom he can invite. It follows that whoever joins the seuda is properly contributing to the occasion’s festiveness. Similarly, we cite for those for whom it is not intuitively obvious, that important sources (including Eliya Rabba 695:4; Aruch Hashulchan, OC 696:3) write that Purim is properly celebrated in the context of a broad gathering of family and friends.

We would not, though, say that this is a proof that your out-of-town guests have no more restrictions than you. Consider that the nature of a seudat brit is that the ba’alei simcha invite and rely on guests who are not ba’alei simcha. In contrast, it is plausible that since one’s whole community is celebrating Purim, participation is a mitzva only for such people. On the other hand, some festivity is appropriate for all Jews on both Adar 14 and Adar 15 (Rama, OC 695:2).

It is even likely that the “prohibition” on eating a big meal in the morning is not a problem at all for your guests. The source to refrain from it is a gemara (Gittin 38b), which tells that a family that set a meal on “Erev Shabbat” was punished. Rashi (ad loc.) explains that their main Shabbat meal was Friday night, but most say it is referring to a seuda on Friday day. However, some say it is a problem only if it is on a regular basis (Ramban, Gittin 38b)); some say any occurrence of a big meal even in the morning can ruin one’s appetite (Shulchan Aruch, OC 249:2); others (Rashba in name of Rach; Pri Megadim, EA 249:4) say that is to not take away from Shabbat preparations (here, the seuda and Shabbat organizers are Shushan Purim people). Thus, only according to one approach (albeit, the Shulchan Aruch’s) should it be a real problem for the guests in the first place.

In the final analysis, based on multiple grounds, we posit that it is appropriate to include your children in the seuda. The question remains whether any limitations are appropriate.

While most years, the Purim seuda is preferably held in the afternoon, on Friday it is preferable to start it in the morning so that one will have enough time to recover his appetite by Shabbat (ibid.). (There is an opinion that it is enough to start before the last quarter of the day (Shut Maharil 56, cited as a secondary source in Mishna Berura 695:10).) There is a serious albeit minority approach to hold the seuda at the end of the day and have it turn into a Shabbat meal (contact our office for guidelines). The involvement of out-of-town guests is an added reason to prefer an earlier meal, as serious eating close to Shabbat is clearly problematic, and the advantages of enhancement of Purim by eating later do not apply directly to them. Therefore, having the meal in the morning (starting is enough – Shemirat Shabbat K’hilchata 42:(96)) is significantly preferable for the guests.

If the guests want to be stringent, there is logic for them to eat less than they might have. It is not justified for them to get drunk or even drink a lot of wine. (Any year, it is hard to justify getting drunk when it is not his Purim, nor do we ever favor drunkenness on Purim.)