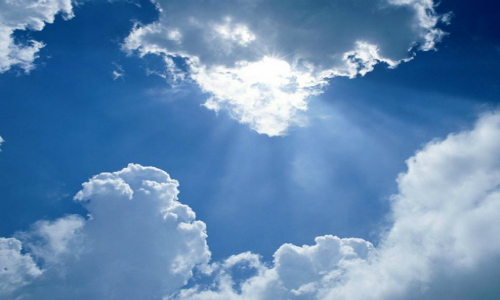 The Rav on Shekhinah and LeShem Yihud

This treatment of the Rav’s ideas regarding Shechinah and LeShem Yichud is necessarily brief. For more detail, see the Volume 15 of the Torah UMadda Journal “The Kabbalistic Underpinnings of U-vikkashtem mi-sham”

Last week, Gil examined the term Shekhinah and the LeShem Yihud meditation.  Although the Rav is not widely known as having a Kabbalistic focus, he did in fact discuss Shekhinah and LeShem Yihud in some detail. Because his ideas take us in a direction different than the Noda BiYehudah cited by Gil, I wanted to take this opportunity to present the Rav’s thinking on these topics.

In his (unpublished) 1977 Yarhei Kallah in Boston, the Rav discussed the Ramban’s explanation of the phrase: le-shikhno tidreshu u-vata shamah: “you shall seek his habitation and come there” (Deut.12:5). Here are the Ramban’s concluding words in that commentary and a translation:

Those who study the Ramban’s commentary on the Torah know that whenever he introduces a topic with the phrase ve-al derekh ha-emet,(“via the way of truth”, i.e., kabbalistically) the words that follow are usually incomprehensible (in fact, the Artscroll translation of the Ramban skips these portions of commentary entirely). The Rav, however, was able to explain this portion of Ramban’s commentary.

Ha-Kadosh Barukh Hu is manifest through the universe as well as outside and beyond the universe. Malkhut or Shekhinah means the presence of God in the Universe, in the world. Le-shikhno tidreshu: search for God on earth, in nature, and you will find Him. Man must search for God’s glory (i.e., kevod malkhuto) within the natural world; in every experience he is confronted with, he must recognize the presence of the Almighty. To fulfill the le-shikhno tidreshu imperative, the Torah imposed birkhot ha-nehenin [blessings on food].  Through these blessings, we reveal the Shekhinah that is hidden in every drop of water, in every bite of an apple.

However, if you do come to the realization that He is present on earth, you will not stop there. U-vata shammah—you will come a little further. Where is the shammah? You will be confronted by God from outside and beyond the universe. U-vata shammah: you will arrive beyond your destination, to see not only the attribute of God hidden in the universe, but also that attribute of God who revealed Himself to Israel at Sinai – from outside of the world, from beyond the world, from His transcendental abode (Va-yered Hashem al Har Sinai, [and God descended on Mount Sinai, (Ex. 19:20)]). The revelation at Sinai is not represented by Shekhinah but by the aspect of Hashem known as the Malka Kaddisha.

The Rav further explained that Friday night is dedicated to Shekhinah, as we invoke Creation within our Ma‘ariv prayer (“You sanctified the seventh day . . . as the culmination of the creation of heaven and earth . . . then the heavens and earth were completed . . .”). The theme of Shabbat morning is God who revealed Himself from transcendence, the Malka Kaddisha, when we invoke Mount Sinai in the Shacharit Amidah (“. . . a crown of glory You placed on [Moses’] head when he stood before you on Mount Sinai.)

In the Messianic vision of the Kabbalists, the Shekhinah will ultimately unite with the Malka Kaddisha. In a course given at the Bernard Revel Graduate School of Jewish Studies in the 1950’s, the Rav explained this idea while discussing the Kabbalistic significance of the three Shabbat meals.

The great eschatological vision of the union between Shekhinah and Malka Kaddisha is represented on Shabbat afternoon. This unity is the theme of the Shemoneh Esrei of Shabbat Minhah (Attah ehad ve-shimkha ehad) and the prepositional phrase referring to Shabbat in the plural (ve-yanuhu vam), reflects the merger.  This is the Ze‘ir Anpin, the “Little Faces” represented by the third meal which takes place in the twilight of the day [see the Shabbat zemer, Atkinu Se‘udata, recited during se‘udah shelishit. The Rav did not explain the significance of the term “Little Faces.”]  The last meal is of joy but also parting because the unification of Shekhinah with Malka Kaddisha is never realized: it is in the realm of eschatology, a dream for the distant future.

The Rav mentions the LeShem Yihud meditation in his essay Uvikashtem Misham, translated as From There Shall You Seek- (KTAV, 2009).  The following is an excerpt from chapter 11:

Prophecy proclaimed that the eschatological mission of Judaism is the full realization of the singular name, venerated in the councils of the holy ones: “On that day the Lord will be One and His name will be One” (Zech. 14:9).  The sefirah of Malkhut (kingship)—the Shekhinah that unites with the world-—will rise to the heights of the sefirah of Keter (the crown). “For the sake of unifying the Holy One, Blessed Be He [i.e., the Malka Kaddisha – A.L.], and His Shekhinah, hidden and unknown, for the sake of all Israel,” whisper the Kabbalists just before they perform a commandment.

LeShem Yihud asserts that through our performance of mitzvot, we facilitate the merger of the Shekhinah and the Malka Kaddisha. The added phrase: “to unite the Name yod-hei and vav-hei in complete unity for the sake of all Israel” contains the same idea.  Yod-hei represents Shekhinah hidden in nature [1]For example, the theme of the section of Pesukei Dezimrah which opens and closes each paragraph with the word Hallelu-kah (Yod – Heh) is the mundane forces of nature: He is the Maker of heaven … Continue reading while vav-hei represents the revealed Malka Kaddisha. Yod-hei-vav-hei in turn represents their eschatological union. As God becomes One, His Name also becomes One.

And the Lord created man in His own image, in the image of the Lord He created him, male and female He created them (Gen. 1:27). Hazal explained that when the Holy One, Blessed Be He, created Adam, He created him in a dual form. Male and female in this context are to be taken not only in a physiological sense but also in a spiritual/metaphysical one.  Every soul consists of a spiritual androgyny, a male and female persona. Zachar refers to dynamic, active man while nekevah refers to hidden, passive man.

The im­age of God is juxtaposed with the creation of man as two sexes (in the image of the Lord He created him, male and female He created them). The kabbalistic masters emphasized that not only man, but God as well, relates to the world through the dual roles of zakhar and nekevah. Since the passive Shekhinah hidden in creation is the theme of Friday night, the Shabbat is in the female gender (ve-yanuhu vah). The theme of Shabbat morning is the active, revealed Malka Kaddisha, and the Shabbat is therefore in the masculine gender (ve-yanuhu vo).

God presently hides Himself in the repetitive, mechanical workings of nature.  He is obscured by cosmic monotony, by the mathematical equations that govern physics and biology – therefore, in the words of the Rav, the Shekhinah resides in the “depths of thinghood”.  When the Shekhinah and Malka Kaddisha merge (ve-yanuhu vam), God will reveal Himself not only as the Giver of the Torah, from beyond the natural world, but as the guiding force within the natural world as well.