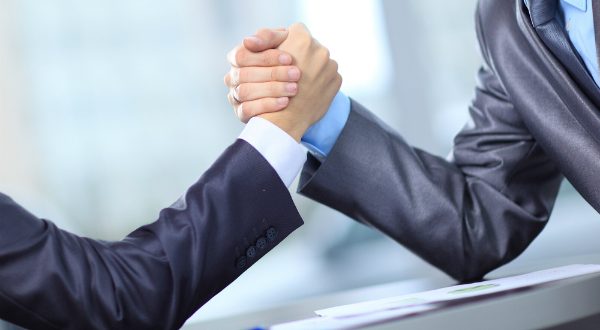 Capitalist countries assume that competition challenges people to do their best, leading to improved products at cheaper prices. True as that is in many areas, halachah did not see it as an unmitigated good, and developed the idea of hassagat gevul, encroaching boundaries, occasions when it’s unacceptable to compete with the person already filling a certain niche.

Shu”t Chatam Sofer 5; Choshen Mishpat 163, dated 20 Kislev 5565 (1804), discusses a case of two rabbis who struggled with this. In Volume 6, Likkutim (Collected Responsa) 55, on 20 Kislev 5595, he takes up a very similar case [I think it’s actually the same case, although some of the details are different; for that to be true, one of the responsa would have to be misdated, from 5565 to 5595 or vice versa. It’s only one letter, so it’s possible. If that’s not true, these stories happened thirty years apart].

Freelancing as a Rabbi and Decisor

The first responsum responds to letters from two rabbis, one old and wise, the other younger. They had each sent him a letter, differing in some details, but with enough agreement that Chatam Sofer could identify the central issue, whether someone who was ordained could rule on halachic issues even without having been hired to do so. It seems that the younger man had moved into a certain town and started ruling on halachah, with no portfolio to do so.

Chatam Sofer thinks he obviously may judge litigations and/or rule on Torah law, since that’s not a function of being a hired rabbi. Terumat HaDeshen, responsa 126-8, allowed that even where the local rabbi was a greater Torah scholar, for reasons similar to the capitalist one, that competition in Torah leads to more and better Torah.

For civil cases and for choosing a mesader kiddushin¸ a rabbi to conduct a wedding, he offered the added reason that we don’t force representatives on people—these are personal events, and the participants should be able to choose who will handle it. He puts in parentheses that this is only if it will not interfere with the local rabbi’s livelihood, but I don’t see how he can be so confident it will not.

Perhaps it’s because of the next line, where he says that any matter that affects the community, such as internal or external taxes (paid to the community or to the non-Jewish government), or paying for communal services such as the bathhouse, should be brought to the hired rabbi. The members of the community itself cannot judge such taxes, since they are affected by the outcome and are therefore noge’im ba-davar (if so and so pays less, each member will have to pay more).

The rabbi’s salary is a fixed amount that comes out of the general fund, so he is financially unaffected by how the taxes are assessed [at least theoretically; since these are the people who pay his salary, there’s room to argue he is affected, especially if he has to rule for or against a prominent financial supporter of the community].

To avoid any hint of improper influence, some communities brought in outside judges. The unhired Torah scholar who resides in the town clearly may not serve in that case, since the practice to go outside the community shows they don’t trust their rabbis to be sufficiently objective, let alone a man who has to pay taxes himself.

Since he has accepted that a certified rabbi can rule even though there’s a local rabbi, he pauses to explain the nature of this ordination. It goes back to Maharil and Mahari Weil, but Chatam Sofer did not have a good tradition as to what it meant. His teacher, R. Natan Adler, thought that Mahari Weil said that the title of rabbi (which he referred to as semichat moreinu, certification to be a teacher) could only be conferred by a scholar who conducted a yeshiva [meaning more than a rabbi, someone who had at least ten students at a time, I think that’s because he was a more recognized scholar and could better evaluate who was qualified for sensitive matters].

Chatam Sofer inferred that the title was taken so seriously because of the expectation that people who received this title might arrange weddings and divorces [which is serious for many reasons, but especially because, done wrong, it can lead to permanent mamzerut, halachic illegitimacy].

Those strict standards—where a rabbinic candidate had to qualify both in his knowledge and personal conduct, as evaluated by a fairly high level Torah scholar—were lost over time. People began to purchase ordinations by contributing to a Torah scholar’s funds (or helped him find business opportunities to support himself, or hired him to teach their children).

In gratitude, the scholars would give them the title of chaver, which implied that this person conducted himself well religiously, an attestation that was not always based in fact. The ability to purchase such titles (cheaply, Chatam Sofer bemoans) means we cannot trust even ordinations conferred by someone who in fact has a yeshiva, since even such people can be bought (in his time, obviously; I am not in any way implying this could still be true today).

He cuts the letter short there, not wanting to further malign the Jewish people, but makes clear that for all that worthy Torah scholars indeed could rule on halachah even if they were not the local rabbi, such people need to be well-certified, which was very difficult at the time.

Tyranny of the Majority

The second letter discusses a town that had hired a student of Chatam Sofer’s as their rabbi, but a minority of the town did not want him because he was too young (!). [I won’t repeat this, but if this is the same case as above, it seems that the two rabbis in competition had written relatively circumspect letters to Chatam Sofer, posing a theoretical question of whether an unhired rabbi could function in rabbinic ways, and what constituted proper qualifications. Here, we see the raging controversy underneath the surface of those letters. Or it happened very similarly thirty years later, on the same day and month].

This minority wanted to hire a more established rabbi, and let this young R. Zeligman serve as a judge on their local court, and assured all parties they had the financial wherewithal to support this plan. [The discussion assumes that the needs of the minority must be taken into account; in our days, that’s not always recognized in shuls, communities, or countries, and majorities often allow themselves to run roughshod over minorities, however large].

R. Zeligman had agreed to terminate his employment as rabbi as of Cheshvan 5695 (1834), and included in that agreement a cherem, a ban of excommunication should he continue after that. However, once he stepped down, the majority of the community hired him back, and they claim the cherem should no longer apply (since he did step down).

Chatam Sofer points out that there are two issues here, whether R. Zeligman deserves to be a rabbi yet or he needs more seasoning and, second, whether his having accepted acherem because enough people didn’t want him obligated him not to accept the job.

As for the first, Chatam Sofer verifies he had tested him himself, and that he was a worthy Torah scholar, knowledgeable in halachah and Aggadah (Chatam Sofer identifies that as valuable for more popular talks, to audiences that would not be interested in technical halachah). He’s also known him from his youth, and can attest to his character as one who strives to serve Hashem, which is why he ordained him to teach Torah and judge Torah matters.

That’s not the same as supporting his taking a position by force. Nor is Chatam Sofer willing to assume that those who are protesting his appointment have misplaced motives. Since they know that Hashem would punish them should they do that, he finds it unlikely that anyone would.

He cannot fully judge from afar, however, so he rules that within thirty days the two sides must find three judges to hear their claims and test the two candidate rabbis. He warns his student, R. Zeligman, not to issue any rulings in the meantime, and everyone involved not to bring the non-Jewish authorities into the matter.

He asks to have this letter read and explained to everyone in the community, so that they know not to let this blow up any further, so that they can litigate it and then restore the peace.

This was Chatam Sofer’s way of helping one or two communities deal with when rabbis find themselves in competition, which is not always good for everyone involved.