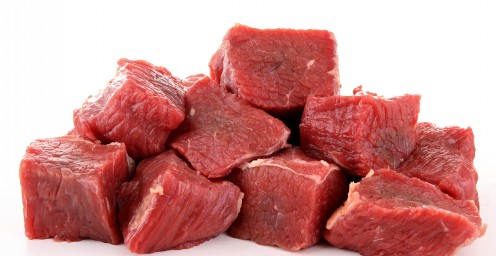 We outsource much about kashrut, especially regarding meat. We walk into a kosher butcher, supervised by a rabbi or organization we trust, buy meat, go home and prepare and eat it.

That has many advantages, since almost all the people involved in the process are more familiar with the relevant halachot than the rest of us. A downside is that it tends to increase that gap in knowledge, leaving the non-experts with even less familiarity than before. For a simple example not relevant to this responsum, Jewish women used to have a good working knowledge of how to soak and salt meat, because butchers sold it without having done that final part of the process.

Today, when meat comes soaked and salted (and why shouldn’t it), that skill is vanishing from ordinary Jews, if not already lost.

Shu”t Chacham Tzvi 39, dated 21 Cheshvan 5455 (1694!) takes up another kashrut topic I think many of us forget or never knew, basar she-nit’alem min ha-ayin, meat left without Jewish supervision. Chazal worried that if a non-Jew had access to such meat, s/he might switch it for non-kosher meat (not necessarily for nefarious reasons, but because s/he needed meat, took this and then replaced it later, to pay back what s/he had taken. The non-Jew might even replace it with better meat, but that doesn’t help the Jews).

Aside from my interest in the topic (since I think we hurt ourselves by losing sight of the sweep of halachah, since those expert in Torah are all sure of how interrelated it all is, so that our not knowing x area of halachah also means our knowledge of areas we think we do know is impoverished, without our realizing it), it gives us a chance to meetChacham Tzvi, Rabbi Tzvi Hirsh Ashkenazi, known as chacham because he was sent to Salonika, Greece, as a teen, to study in the Sephardi style [that’s a story waiting to be told, what led his parents to prefer sending him away to immerse himself in a completely different tradition of learning].

In Sephardic settings, those we would call rabbi were called chacham, wise one, so he took on that title. He’s perhaps best known today as the father of R. Ya’akov Emden, and as the source of the idea that those from outside Israel ma7 observe one day of Yom Tov even if just visiting for the holiday—but let’s turn to the responsum.

The Meat that Poses a Problem

The responsum is addressed to his mechutan, his in-law, to elaborate a previous brief ruling. An animal had been properly slaughtered in a non-Jew’s house (“house” here might mean the then-equivalent of our slaughterhouses, where Jewish ritual slaughterers could set up shop, so that any animals that went wrong could be sent straight to the non-kosher side of the business). The questioner had marked one side of the animal, so he could identify it later.

Without informing him, a non-Jew cut the animal in two (remember, he might have thought he was doing a favor for the Jew, starting the process of making it usable. There’s no discussion of the knife used, although that would seem to me to present some issues). The questioner thought he recognized the (now unmarked) half of meat, which also fit exactly on the marked half, and wanted to know if that was enough to rely upon to use this half of the animal as kosher meat as well. Chacham Tzvi’s mechutan was unsure.

Taz (quoting Issur ve-Heter, a fifteenth century Ashkenazic work on kashrut that Ashkenaci Jews took to be authoritative) said that we no longer trust ourselves to judge the similarity of two pieces of meat (so that we can say that the second one is kosher, just like the first) unless the unknown meat is also completely dissimilar from all non-kosher meat that’s around. If it’s very similar to the kosher, but a little similar to non-kosher ones, the mechutan thought Taz and Issur ve-Heter meant we have to worry that we’re mistaken in our judgment, and this is non-kosher.

Seeing Is Not Feeling or Matching

Chacham Tzvi says the mechutan has made a category error. Issur ve-Heter’s concern was only where we’re trying to judge similarity based on looks alone (the case was two pieces of fat, where the person wants to say some fat is kosher because it looks similar enough to fat we know to be kosher). That’s a concern that already appears in Niddah20b, where R. Yochanan refuses to judge blood, for fear he will not recognize it properly.

But our case wasn’t a matter of whether this meat looked enough like kosher meat, it was whether we could tell that the two slabs fit together. We have no tradition to doubt ourselves about that kind of judgment. If we cannot trust ourselves about that, he adds, we should have a problem verifying that knives are fit to use for shechitah.

To check such a knife, the shochet, that ritual slaughterer (and/or the rabbi he consults) runs the knife along his finger and nail, feeling for bumps, serrations, or other gaps in smoothness. Since we trust ourselves about that more serious issue of smoothness, we should trust our ability to feel (or to see; Chacham Tzvi is saying that kind of seeing is more similar to feeling than to making a judgment call, as in fat or blood) the fit of these halves of the animal.

Ba”ch had several reasons to rule stringently, and Chacham Tzvi explains why he disagrees with each. The one I can present here is that Ba”ch pointed to Ran, who read Rambam as saying that we don’t trust our judgment that two items were cut from each other. Chacham Tzvi says Ba”ch didn’t read carefully enough (a polite way of saying he misread), since Ran meant that Rambam didn’t require the two pieces of fish to be clearly from the same fish (the issue was a bunch of cut fish of unknown origin). Rambam was saying that as long as we can recognize that two pieces are from the same species (not just cut one from the other), we can eat both.

That’s clearly more lenient than accepted Ashkenazic practice, but it doesn’t bear on the issue at hand, where we’re claiming that the unknown piece was cut from the known piece, and they fit perfectly (allowed in the fish case). Chacham Tzvi also thinks thateven Ba”ch cared only where the two pieces look dissimilar; where nothing about the meat looks dissimilar, Ba”ch would not have insisted we be machazik re’uta, find problems without clear evidence.

Ba”ch accepted other workarounds to our concerns about trusting our judgment. He cited Rosh, who ruled that if a woman knows she has an internal scratch or wound, she may ascribe blood that comes out of her to that wound rather than to menstruation. Until and unless we see that those two kinds of blood look different, she won’t have to become a niddah every time she bleeds (there’s more to this question, but it’s not relevant here).

Mahari”t understood these halachot to be a function of the non-Jew’s intent to trip up the Jew, to trick the Jew into eating that which he sees as non-kosher. That would mean that any time we trust that that’s not the non-Jew’s mindset, we need not worry. Chacham Tzvi rejects that, because we have to worry that the non-Jew had some other reason to need the Jew’s items, and then replaced them. His example is shipping cheese with a non-Jew, who might have found a place to sell cheese along the way, and the Jew’s cheese was more accessible. The non-Jew would then replace the cheese with cheese of equal or better quality, and have no reason to think he’d done anything wrong; in his mind, it’s all the same.

We often assume that the non-Jew won’t go out of his way to use kosher cheese (such as if it’s the less accessible cheese on the ship), so we certainly have to assume he won’t go out of his way if the kosher cheese was more accessible (because the standards of proof to obligate us to worry there’s an halachic problem are lower than those that let us decide we can act leniently).

Another example is if the non-Jew travelled through a place where there was no bread or meat. Unless our items were double-sealed (one seal is too easily replaced), we have to worry that the non-Jew might have needed some of our item, and then replaced it.

But Chacham Tzvi is comfortable with being more lenient where we have no reason to think the non-Jew would have taken our meat. While he continues to accept the Gemara’s suspicions of non-Jews, he limits those to where the non-Jew will benefit personally, or we know that this non-Jew hates a particular Jew (where the Gemara seemed to think non-Jews would do it just to cause problems for random Jews). He also thinks the non-Jew wouldn’t randomly switch food, because the Jew will never know, so there’s no satisfaction at upsetting the Jew.

For the case at hand, there don’t seem to be any such motives. Had the non-Jew taken the kosher meat, he’d have sold it to another non-Jew at the lower prices of non-kosher meat, so he gains nothing by then replacing the meat with some of his own. He could theoretically have switched it for a lesser cut, but Chacham Tzvi trusts our ability to sense that.

The non-Jew might have needed meat at a moment when he had none of his own available, but he wouldn’t have taken a whole side [Chacham Tzvi doesn’t say it, but I think he means that if he had another side of beef to replace it, it’s hard to imagine he needed this meat. Or, he might not have had any meat right then, but there were smaller pieces of kosher meat he could have taken. Otherwise, his argument doesn’t work–the non-Jew could have needed a bit of meat, but this whole side was all there was. To cut some of it would have been obvious, so he took the whole thing, and replaced it with another one. Chacham Tzvi does not address that].

Chacham Tzvi closes with the note that he had seen the book Peri Chadash (which he says was nidpas me-chadash, which I think means reprinted, since 1696 was when the author passed away, at a very young age), who thought we could rely on the idea that the non-Jew would not risk his professional reputation. Chacham Tzvi disagreed, fundamentally because the non-Jew won’t think he’s doing anything wrong or embarrassing—he took meat and replaced it with meat of equal or greater value.

He then mentions that when the author visited him, he had this to his face, and the latter had not responded (the author of Peri Chadash was younger than Chacham Tzvi,which might have affected the interaction).

That aside, Chacham Tzvi sees more than sufficient reason to allow the meat, and has in the process reminded us of some of what goes into ensuring that what we put into our mouths is permissible according to halachah.