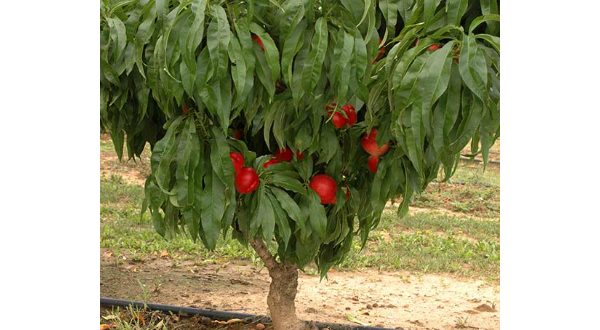 Question: I bought property with a nectarine tree and do not know if it is grafted. What do I do with it?

Answer: The main prohibition regarding tree grafting is the act of grafting – (inserting the branch (scion) of one tree into the wood (rootstock) of another tree). Actually, this prohibition is not explicit in the Torah, but Chazal (Kiddushin 39a) derived it from the proximity between crossbreeding of animals and crossbreeding in one’s field. The derivation is presumed to be of a Torah-level law (Rosh, Kilayim 3), and because it is derived from crossbreeding animals, which is not a land-based prohibition, it applies even outside Eretz Yisrael (Kiddushin 39a).

It is forbidden not only to plant kilayim (a mixture of species) but even to allow it to remain in one’s field (Rambam, Kilayim 1:3), and this extends to grafting trees as well (Shulchan Aruch, Yoreh Deah 295:7). Although one may not leave the trees intact, one may eat or benefit from the fruit that grows there (Yerushalmi, Kilayim 1:4; Rambam, Kilayim 1:7). Exceptions to this rule are when grape orchards are involved and that the offspring of crossbred animals are invalid for a korban (Chulin 115a).

It is unclear whether leaving the grafted tree intact is a Torah-level prohibition or a Rabbinic one (see Tosafot, Bava Kama 81a), and it could depend if one is passive in the matter or active (see Shut Chatam Sofer II:288). In any case, the stronger opinion is seemingly that it is only Rabbinic (Derech Emuna, Kilayim 1:41).

The Chatam Sofer (ibid., cited by the Pitchei Teshuva, YD 295:4) was bothered by the practice in his time of many observant Jews (outside Israel) to buy orchards containing grafted trees. He explained that since the source for the prohibition and its extension to chutz la’aretz is from crossbreeding animals, the prohibition in chutz la’aretz is only when one is active in joining them together. Thus, claims the Chatam Sofer, their practice, even if it was not ideal, could be justified, especially if non-Jews control the doings in the orchard. The Chazon Ish (Kilayim 2:11) critiqued this leniency strongly. Thus, at first glance, it is quite problematic to keep and cultivate a grafted fruit tree even though its fruit are permitted.

In practice, you probably have no problem. Grafting trees is forbidden only when the scion is of a different species than the rootstock (Shulchan Aruch, Yoreh Deah 295:6). Actually, nectarines are simply a variety of peaches; they are not (at least not usually) grafted onto a plum tree, as many think. Thus, it is permitted to graft a nectarine branch onto a nectarine or a peach tree. (Why would one graft if he does not want to mix species? Apparently, the main idea is almost like cloning. If you grow trees from seeds, fruit will only grow if there is cross pollination from another tree and then you don’t know their exact genetic makeup. By grafting, the scion will turn from a simple branch into, in effect, the beginning of a new tree with the old tree’s properties.)

Since we do not want “to go out on a limb” botanically, let us keep your assumption that you do not know if your tree is grafted in a forbidden manner. (In most cases, one with horticultural experience can tell you if it is grafted at all.) The Chazon Ish (Kilayim 2:9) says that if one is unsure whether the scion and the rootstock are (considered) of the same species, it is permitted to keep the tree and cultivate it. This is based on a halachic type of “divide and conquer.” On the level of Torah law, there is a double doubt: perhaps there is never a Torah prohibition to maintain an already grafted tree; even if there is, perhaps the case before us is not an example of forbidden grafting. Therefore, regarding Torah law, we permit it based on double doubt. On the level of Rabbinic law (the Rabbis certainly forbid maintaining an improperly grafted tree), one may be lenient regarding the single doubt of whether they are different species. In chutz la’aretz, there is even slightly more room for leniency (see Chatam Sofer, ibid.).