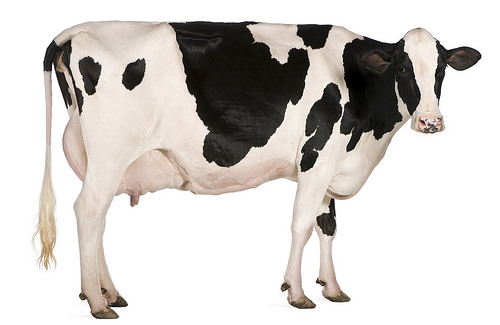 Can Medical Care Make an Animal a Terefah?

7 Cheshvan: R. Ovadya Yosef on Whether Medical Care Can Make an Animal a Terefah

Terefot as defined by the Gemara present a challenge Rambam already noticed. The Gemara seems to view a terefah as an animal that sustained a mortal wound (there is a Talmudic view that terefah chayah, a terefah can live, but that’s not important here), but the list of wounds the Gemara gives include those which Rambam in Laws of Shechitah 10;12-13 knew did not always kill the animal.

He therefore said that we follow the list, regardless of the original rhetoric about how those wounds were chosen. For us, if an animal has a wound mentioned in the Gemara, it’s a terefah, and any other wound, no matter how mortal it seems to us, does not render it a terefah.

That’s the background to Yabi’a Omer 8; Yoreh De’ah 2, dated 7 Cheshvan 5740 (1979; this seems to have been the day he was elected to the position of Chief Rabbi), where R. Ovadya Yosef struggles [lengthily; I have had to excerpt this responsum more ruthlessly than usual] with the kashrut of milk cows (the milk of a terefah cow is impermissible as well as its meat).

A common occurrence with cows makes that a problem. Cows that overeat can become dangerously bloated. The centuries-old remedy was to take a large needle or tube made for this purpose, insert it between the cows’ ribs into one of its stomachs (the rumen) in such a way that digested materials come out, which then heals the cow.

This happens frequently, and is of no concern to farmers, since these cows then live full lives.  Yet the Gemara lists nekuvat ha-keres, a hole in the belly, as a sign of becoming a terefah, which would seem to mean their milk is not kosher either.

One way out would be to say that the nekuvat ha-keres refers to a different stomach than the rumen. The Mishnah in Chullin 42a refers to the keres he-penimit, the definition of which is debated in the Gemara (50b), and by the rishonim.

Too many authorities rule stringently for this to help us. Rashi noted that because the Gemara does not accept any particular position, we must follow the stringent view of R. Yose, that any of the cows’ stomachs qualify. Meiri says that most decisors accept the lenient view of R. Huna, that the keres in question is the one that faces the ground while the cow is alive and appears first to the person skinning it when it’s lying on its back. However, he rejects that in favor of Rashi’s view, adopted also by Tur and Shulchan Aruch.

So that’s no help to us.

Evidence That It’s Not a Mortal Wound Might Help

The Venetian printing of the Tur had a note that made specific reference to this issue, puncturing cows’ stomachs, as evidence that we accept the lenient ruling (since how could cows that live so well after such a procedure be terefot?). Ba”ch rejected this, pointing out a responsum of Rashba that said that how long a cow lives does not affect our categorization of it as a terefah.

Maharam Schick found Ba”ch difficult, since Sanhedrin 33a presents a debate between R. Tarfon and the Sages, and it’s the Sages who hold that if an animal can live a long time after a wound or procedure, it clearly does not render it terefah (the case was womb-removal; the Alexandrians did that to retain their monopoly on their much-sought cows and pigs).

R. Ovadya Yosef shows that this was continuingly debated. Among the more famous names, Chochmat Adam followed Rashba in rejecting longevity as a factor in categorizing an animal as a terefah, while others accepted that kind of evidence. On the other hand, Sha”ch held that waiting twelve months [the amount of time the Gemara seemed to assume made it impossible for a terefah to live] and/or the animal being able to give birth, are sufficient evidence the animal is kosher.  Unfortunately, others (including Peri Chadash) held that that’s only where the issue was evenly debated; where there’s a majority (as there seems to have been regarding the punctured stomach being any stomach), we treat it as a doubt about a matter of Torah law, and prohibit it.

What a Majority of Rabbinic Voters Establishes

How a majority affects our right to rule the other way is also a hot-button issue, and R. Yosef [in his way] cites many authorities on each side.

One of those I found most interesting was R. Shlomo Kluger in Tuv Ta’am va-Da’at, who argued that if the animal lived twelve months, that creates a rov, a majority situation that lets us see the animal as kosher, since the majority of terefot do not survive twelve months. That’s a more normative majority, he held, since our view that a majority of decisors ruled a certain way is weakened by the fact that that might only be because we do not know the other decisors who ruled leniently.

R. Kluger assumes that the existence of views we do not know about still has some impact on our halachic reasoning, which I find fascinating and unfathomable in roughly equal measure [it seems to me to violate the principle of ein la-davar sof, we could always make that claim]. Shu”t Yehudah Ya’aleh disagreed with R. Kluger for another reason, that the verse says to “follow the majority,” which he took to mean that if a majority holds one way, that is the halachic fact.

R. Yosef rejects that based on Shu”t Torat Emet, who said that that idea applies only where all those ruling on the issue sat together to hash out the issues. Only when they’ve argued the topic in person does a majority establish halachic fact. Otherwise, a person can say kim li, I am certain halachah should follow the minority, certain that had they had a chance to present their case, they would have swayed the others.

She’erit Yehudah reports the view of his brother R. Shneur Zalman of Lyady, author of Tanya and founder of Chabad Hasidism, that the obligation to follow a majority of decisors applies only to the generation in which the discussion was held (even if not in person). Since a later court has the right to reconsider the question and rule differently, there cannot be a Biblical obligation to follow the original majority. So, in cases of pressing need, we could follow a minority or even a lone view.

After again analyzing how twelve-month survival should affect our view of an animal (with no conclusive views either way, but R. Ovadya Yosef seems to have felt compelled to mention every well-thought opinion he encountered), he records the perspective of Sho’el U-Meshiv.  In a similar scenario, R. Yosef Shaul Nathanson said that nekuvat ha-keres, a cow with a punctured stomach, means only where it happened accidentally.

When people do it intentionally, for medicinal reasons, they insert the tube more carefully, and we see that the animals recover [that’s a delicate point; he’s not saying medical evidence always trumps the Gemara, he’s saying the medical evidence gives reason to believe that whatever we do in creating the opening for release of the bloat must not be Talmudic nekivah, puncturing]. It’s then similar to bloodletting, a medical procedure done with care, such that the humans involved do not become terefot.

Milk During the First Year

The conversation until now has relied heavily on the cows’ surviving a year. During that year, however, milk has been pumped from this cow; may we use it, or is the cow a safek terefah, possibly a terefah, forcing us to forego that milk for a year?

Since most authorities in fact hold that this animal isn’t a terefah at all, we have at most a doubt about a rabbinic prohibition (a safek terefah de-rabbanan), and are therefore allowed to use the milk. Aruch HaShulchan also treated the stringent view as a chumra, a conscious choice to adopt a more stringent position as an expression of our fear of sin, not a decision or worry that that view was correct. We would not then add on to that stringency, and would allow ourselves to rule leniently about the milk.

However, Tosafot seems to have held that even doubtful terefah items are a matter of Torah law. Therefore, R. Yosef adopts the view of R. Tzvi Pesach Frank, that the milk can be deliberately mixed with other milk. While we generally oppose bittul issur le-chatchillah, finding a way to nullify prohibited items by mixing them with other materials, he allowed it here because it’s unclear it was ever prohibited, so that mixing it isn’t necessarily nullifying a prohibition. R. Frank recognized and conceded that Peri Megadim allowed proactive nullification only for Rabbinic prohibitions, but cited other authorities, including Chatam Sofer, who were comfortable with applying it to possible (but not certain) Biblical ones, like a possible terefah.

Mixing the milk is also relatively easier, halachically, since min be-mino, material mixed with like materials (milk with milk, in our example) is batel be-rov, rendered unnoticeable in a majority of other items. Mixing this milk gets rid of a Biblical prohibition in a Biblical way (even if ordinarily we look for greater levels of overwhelming, at a Rabbinic level).

He adds one last road to leniency, that Maharam and Mordechai held that the milk of a terefah is itself a Rabbinic prohibition (the animal cannot be eaten because of a Biblical prohibition, but the milk, they held, was prohibited only by Rabbinic law). That gives room to rely on R. Frank, and to mix the milk, although R. Yosef does prefer mixing it in a one to sixty ration (since, Rabbinically, that’s what we use even for min be-mino).

And then we can use the milk.

2017-10-27
Gidon Rothstein
Previous: Revealing Your Real Self
Next: Daily Reyd