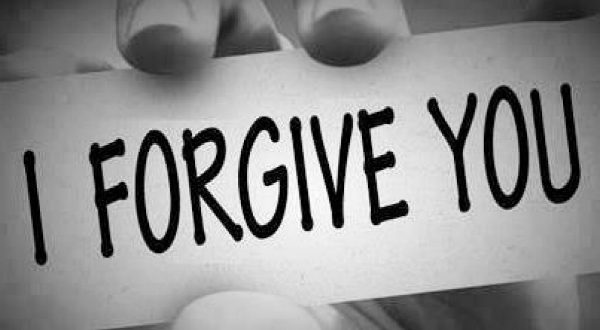 Sometimes, I find a responsum that answers a question I’ve struggled with for a long time. Shu”t Aseh Lecha Rav 6;42, responding to a letter written on 28 Elul 5744 (1984), takes up a question which points out how difficult forgiving people can be, and is acutely relevant to the days of repentance coming our way.

When Others Act Badly

A man (let’s call him Datan) had been causing trouble for this questioner (let’s call him Moshe) for over a year, including spreading malicious stories about him. Moshe had tried to mend relations, to no avail; as Yom Kippur approached, he worried Datan would ask for forgiveness, as one does at this time of year, without any indication of a real change of heart, or even of a decision to refrain from maligning Moshe.

Must Moshe forgive Datan? If Torah law says he must, he worries he will not be able to, worries that even if he says he forgives him, internally he will still bear a grudge, which seems to be against Torah law. What should/can Datan do?

[I love this last question, because it asks what we can do when halachah seems to require something that feels beyond us. I found R. Halevy’s answer equally excellent, as we’ll see].

The response starts a bit heartbreakingly (for me), in that R. Halevy says he only received it erev Yom Kippur (the Israeli mail system of back then!), and sat down right after the holy day to pen a reply (meaning the questioner had no answer or guidance for that year’s Yom Kippur). He assures him this reply is still relevant, since resolving disputes is a year-round value. The reason we tend to focus on it on erev Yom Kippur is that the Mishnah tells us Hashem does not atone interpersonal sins until the sinner has secured the forgiveness of the person he’s wronged.

The need for an extra step in the process of Hashem giving us atonement for an interpersonal sin—that we must ask the aggrieved person for forgiveness—doesn’t change the fundamentals of teshuvah, R. Halevy points out, two crucial steps of which are regret and a firm decision not to return to that sin. [Just like repentance for eating non-kosher must involve regret for having done so and intent to refrain in the future, we cannot repent hurt we caused another person without that same regret and intent to repair our ways].

The first paragraph of Laws of Repentance makes that explicit, where Rambam says that one who damaged another cannot secure atonement until he repays the damage, says vidui (says out loud what he did), and determines never to do it again. A chapter later, he limits atonement to where the perpetrator made good the damage to the other party and appeased him. R. Halevy is pointing out that doesn’t just mean asking for forgiveness, it means convincing that person that s/he has no reason to be upset about it anymore.

That cannot but include a promise not to do this in the future.

He May Not Make It My Responsibility

Without those crucial elements, R. Halevy reassures this man that he bears absolutely no responsibility to forgive the aggressor (there are times when halachah sees a certain mode of conduct as meritorious, even though it’s not what the letter of the law requires. This is not one of those times, R. Halevy says).

He points out that R. Avraham Danziger– author of Chayyei Adam and also the man who popularized a prayer to be said just before Kol Nidrei called Tefillah Zakah—used the language “I completely forgive anyone who sinned against me,” but then carved out a few exceptions. One of those was anyone who sinned against him with the confidence that the victim would have to forgive him. Even a man recommending offering blanket forgiveness (including for those who had not come to ask for it) did not think that applied to those who intended to continue to sin against him and rely on that forgiveness.

A crucial point sometimes lost: we’re only required to forgive others who sincerely regret what they did and intend not to do it again.

Retain an Openness to Change, But Remember Your Rights

At the same time, people do change, and a man who has caused harm and sorrow might have a sincere change of heart. If this man shows up with real regret, what is the questioner to do? If that happens, R. Halevy urges the questioner to try to forgive him (as Rambam writes in Laws of Repentance 2;10, it is prohibited to be hard-hearted about this; we should strive to be easy to appease and hard to bring to anger, ready to fully forgive when asked properly).

That’s true even with a person who has caused us great heartache in the past, and R. Halevy is saddened by the questioner’s self-evaluation that that might be beyond him. He’s not sure why that would be, but suspects that part of it might be that the lies the man spread are still causing him trouble or financial loss. If Datan’s smear of his reputation hurt (or destroyed) Moshe’s business, a personal apology might not do much to change that, no matter how sincere.

Until and unless the apology is made so public that the damage can be rectified, Moshe in fact does not yet have an obligation to forgive Datan (that’s a huge point—if the damage from a previous act is ongoing, the damaged party does not halachically need to forgive the person who caused it). Magen Avraham 606;5 does say that even in a case of a motzi shem ra, where one Jew spreads false negative information about another, it’s a middat anavah, a marker of a properly humble character, to forgive anyway (assuming sincere penitence and, I think, all the possible efforts to rectify what was done to this person); but it’s not a requirement.

The Right to Protect Oneself

Another plausible reason to refuse to forgive Datan is that Moshe suspects he’ll backslide after Yom Kippur; by withholding forgiveness, he’ll force Datan to remember his wrong, to stay away from it if he has any hope of atonement. To R. Halevy, that’s obviously permitted, since Rema to 606;1 says that one may withhold forgiveness for the benefit of the person asking for it.

This requires a great deal of introspection, R. Halevy says—if the questioner is confident that acting this way will cause the other person to work harder to act well, withholding forgiveness is a good strategy. But if the other will instead be angered and continue his old ways (or do worse), it’s probably better to forgive (even if the aggressor might later revert). While this does mean the questioner will be making himself vulnerable, R. Halevy reminds him that Rosh HaShanah 17a says that Hashem frees from all culpability a person who is ma’avir al middotav, who forgives others where it’s not required.

Another possibility, though, is that the letter writer means the man who hurt him will honestly and sincerely seek forgiveness, make all the amends he can, will convince the questioner he intends never to return to his old ways. While the questioner can imagine saying he forgives him, R. Halevy understands that he worries that he will not be able to mean it, that every time he sees this man, he will remember what was done to him, the hurt will still be alive and in play.

R. Halevy validates the psychological difficulty. He points out that when Rambam says that the aggrieved party cannot be hard-hearted about forgiveness, he mentions the prohibitions of lo tikom ve-lo titor, do not take vengeance nor bear a grudge. But those prohibitions are not about our internal states [this surprised me; I had always thought lo titor included holding the memory of being wronged in one’s heart], it’s about what we do—refusing to do a financial favor for the other person because s/he didn’t do one for us—or what we say—making a point to the other person of how much better we are than s/he, since we are doing this favor. It says nothing about what’s happening in our hearts and minds.

He supports this claim with another rule, that a talmid chacham is sometimes required to be nokem ve-noter, to avenge and hold a grudge (against those who acted disrespectfully towards him, Yoma 23a). When the Gemara points out the seeming contradiction to the prohibitions of lo tikom ve-lo titor, it answers that those are monetary (and therefore do not extend to how we feel deep inside, R. Halevy is saying).

Malbim made this point about human nature in his commentary on Moshe’s prayer after the sin of the spies, Bamidbar 14;18. Moshe refers to nosei avon va-fesha, that Hashem “bears” our sins. R. Halevy and Malbim both argue that we never find the language of forgiveness—since we are supposed to try to emulate the Attributes, the idea that Hashem forgives is not included. Because that’s too much for people, at least at first.

When someone harms us, we can decide not to react (once they’ve done all they could to apologize and make amends), we can decide to act as if the event never occurred, but most of us cannot, at first, put it completely out of our minds. Hashem in fact is described as being soleach, forgiving. But it’s not a characteristic humans can easily attain, so it’s not expected [this touches on a question of continuing interest to me, which of the descriptors of Hashem we are supposed to strive to emulate. R. Halevy seems to be assuming it’s only those in the Attributes, but it seems to me that Rambam extended it beyond those. That’s a topic for another time].

R. Halevy’s prescription, therefore, is that if the man comes to ask for mechillah, and promises to stop doing all that he had been doing, and the questioner becomes convinced of his sincerity, it is proper (although not necessarily necessary, depending on whether the hotza’at shem ra continues to damage him) to be mochel, to forego one’s strict rights, to open a new page in the relationship, and to speak and act as if the event had never occurred (this in spite of the continuing emotions of hurt and pain that will stay with him for a long time).

If the questioner does that, he will have fulfilled or gone beyond what the Torah requires or expects. R. Halevy prays that Hashem will then help him eventually forgive the other man fully, and blesses him that all those who are enemies or want to cause him problems will instead make peace with him.

A nice bracha for all of us, as we enter Rosh HaShanah hoping for a ketivah ve-chatimah tovah.