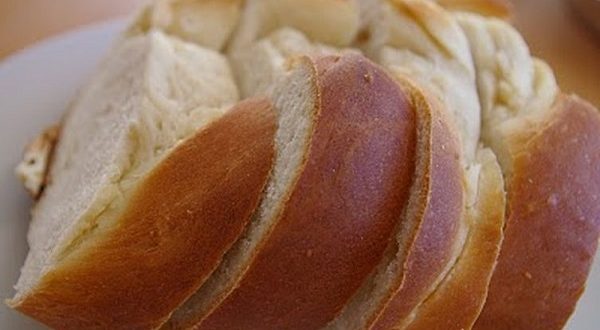 When to Cut the Challah?

Question: Does one fulfill lechem mishneh if the bread is cut, or the matza is broken, prior to the completion of the beracha?

Answer: The basic question you ask is the subject of a machloket in the gemara (Berachot 39a) in regard to the preference of making a beracha on a full loaf of bread throughout the week. According to Rabbi Chiya, one does betziat hapat (the breaking of the bread, which, itself, has halachot) as he is making the beracha. Rava argues that the important thing is that at the conclusion of the beracha the bread is still whole, and therefore one should not cut off a piece until after the beracha is complete. The gemara (ibid. 39b) concludes that we accept Rava’s opinion (see also Shulchan Aruch, Orach Chayim 167:1).

As mentioned, the above is referring to weekdays, where the stakes are low, as one is not required to use a full loaf. On Shabbat, when one requires lechem mishneh, it is all the more important that the challot remain intact throughout the beracha. The Rama (OC 167:1) makes a practical distinction based on the heightened level of importance of wholeness on Shabbat. The Rosh (Berachot 6:19) says that although the separating off of the part of the bread to be eaten is done after the beracha, one should make a significant although partial cut of the loaf before the beracha. The reason is to minimize the delay between the end of the beracha and the eating of the bread. (See Bach, OC 167, who explains that it is not a halachically forbidden delay, but l’chatchila it should be minimized to the extent possible.) The Rama says that this preferable cutting is justified during the week when the wholeness of the loaf is only preferable, but on Shabbat, when it is crucial, one should not cut it at all. (If one did cut it, but only mildly, so that if one lifted the loaf by the smaller part, the weight of the larger part would not make it break into two, it is fine b’di’eved – see Rosh ibid. and Darchei Moshe, OC 167:2).

Poskim (Magen Avraham 274:1; Mishna Berura 274:5) recommend the following compromise, which most people follow, although to different degrees. One scratches a line on the challa at the place where he is going to want to cut, thereby saving time for that purpose. Many people do more than scratch but make a small cut, just not a significant one, due the concern the Rama addressed. (That seems to make more practical sense than scratching, because to have to position the knife exactly at the place of the scratch takes more time than to start cutting from the outset. In any case, any minhag along these lines is fine.)

Due to the above, using matza for the second “loaf” of lechem mishneh can cause challenges. (We are not even getting into the fact that using matza is a problem in regard to Sephardim (and, thus, when one has Sephardi guests), as matza is not bread for them, and its beracha is actually Mezonot.) One has to actually hold both loaves during the beracha (Berachot 39b; Shulchan Aruch, OC 274:1), and in the daytime the loaf which one is cutting should be on the top (ibid.). It requires some care to hold a nice-sized challa on top of a matza without the matza breaking. (Preferably no part of the lechem mishneh should break (Shemirat Shabbat K’hilchata 55:8), although we generally assume that if the piece that broke off is less than 2% of the “loaf,” it is not a problem (see ibid. (24)).

Despite the above, those Ashkenazim who want to use matza have every right to do so, just that they would be wise to be careful in handling it. Even at seuda shlishit, one should be careful to keep the loaves intact until after the beracha, as the poskim say that one should have lechem mishneh then, as well (Shulchan Aruch and Rama, OC 291:4). However, the stakes are much lower at seuda shlishit because of the following. There are opinions, cited in the Shulchan Aruch (ibid. 5), that bread is not needed at all. Even if bread is required, the Rama (ibid.) rules that it is acceptable, although not preferable, to have one whole loaf at seuda shlishit.