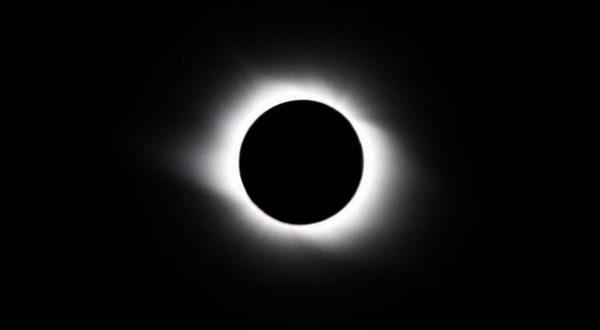 On August 21, 2017, parts of North America will experience a total solar eclipse for the first time in 26 years. [1]According to NASA: A 1991 total solar eclipse could be seen in Hawaii and a 1979 total solar eclipse could be seen in the northwest. New York and New Jersey will only see a partial eclipse but apparently there is more to this country than the Tri-State Area. Many enthusiasts are traveling to locations where they can experience the darkness that occurs when sunlight is not visible (don’t ruin their fun by telling them about nighttime). In all seriousness, this is a rare natural phenomenon. What does the Torah have to say about solar eclipses?

I. Blessing on Eclipse

Dr. Jeremy Brown has an article on this subject in the next issue of the journal Hakirah (vol. 23). Because of its timeliness, the article is already online at Hakirah.org (“The Great American Eclipse of 2017: Halachic and Philosophical Aspects”). Dr. Brown quotes the Rav Menachem Schneerson, the Lubavitcher Rebbe, as saying that you should not recite a blessing on a solar eclipse (Iggeros Kodesh vol. 15 p. 260). He offers two reasons. First, the Talmud does not mention a blessing on a solar eclipse and we must follow that precedent. Second, which is really an explanation of the Talmudic omission, is that a solar eclipse is a bad omen, as we will discuss shortly. We should pray for the bad omen to be annulled rather than bless the occurrence.

The Rema (Toras Ha-Olah 1:8) asks how the Sages can attribute reasons to a solar eclipse, which is a natural occurrence. Whether or not people sin, the solar eclipse will happen. What are these reasons? He quotes the Akeidas Yitzchak (Vayechi, ch. 32) and Yesod Olam (3:17) who each interpret this passage allegorically. The Akeidas Yitzchak explains that solar eclipse really refers to the death of the righteous, the lights of our community who are extinguished. Yesod Olam goes in the other direction. He understands the four reasons for a solar eclipse as allegories for the movement of the moon. For example, the two brothers who die refer to the sun and the moon who both lose their light, so to speak, during a solar eclipse. Rema offers a different allegorical interpretation, connecting the four reasons to the movements of the astrological signs relating to a solar eclipse.

Centuries later, Rav Chaim Elazar Shapiro (Divrei Torah 6:93) offered an additional allegorical interpretation. He compares the moon’s receipt of light from the sun to the Jewish people’s receipt of divine attention or overflow. When that is blocked in any way, it signifies a distance from God.

Significantly, Rema explains that a solar eclipse can be a bad omen even though it is a natural phenomenon. The basic premise of astrology is that there are times of the year that are good for certain things and bad for other things, which can be understood by examining the stars. While great rabbis debated the legitimacy of astrology (e.g. Rambam was against, Ibn Ezra was in favor), Rema explains that a solar eclipse is no different. It is a natural phenomenon like the movement of the stars, which those who accept astrology recognize as meaningful to people. Centuries later, the Aruch La-Ner (Sukkah 29a) and Ben Yehoyada (Sukkah 29a) explained the bad omen similarly, as a time when bad things happen naturally.

Maharal (Be’er Ha-Golah, ch. 6, p. 106) explains that the Gemara is offering reasons why God established nature in such a way that there would be solar eclipses. If people did not sin, we would merit eternal light. However, because God knew people would sin, He created the world in such a way that solar eclipses would happen. The Gemara is not offering the reason for a solar eclipse (which is nature) but the reason behind the reason (why nature is that way). The Shelah (Hagahos to Bereishis, quoted in Sedeih Tzofim, Sukkah 29a) explains similarly.

Some authorities believe that the Gemara is not talking about solar eclipses. Rav Yonasan Eybeschutz (Ye’aros Devash 2:10) suggests that the Gemara is referring to sunspots. While solar eclipses can be predicted, sunspots cannot and are caused by sin.  Rav Yehosef Schwartz (Divrei Yosef 1:9) suggests that the Gemara is discussing unexpected atmospheric phenomena. He says that on 28 Iyar 1838 in Jerusalem at 4pm, the sun turned dark red for about an hour. Everyone was amazed by the sight. Over the next three months, Jerusalem experienced a terrible plague with many deaths. Rav Schwartz says that this was an example of the Talmudic phenomenon.

Dr. Brown quotes the Lubavitcher Rebbe (ibid.) as explaining that the Gemara refers to weather patterns.  He also quotes Rav David Pardo (Chasdei David, Sukkah 2:6) who claims that while eclipses are natural in general, they can occur supernaturally, as well. Those eclipses are caused by sin.