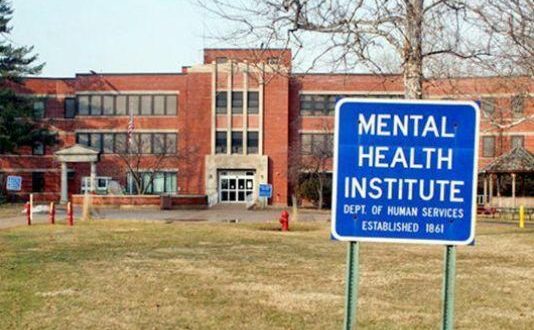 Some Limits on Saving Lives

26 Av: R. Moshe Feinstein on Some Limits on Saving Lives

It’s common to say that saving lives pushes aside all of halachah, that we can do whatever it takes to save a life. That’s obviously exaggerated, because we all know situations where a Jew is required to let him/herself be killed rather than violate the Torah (such as if someone threatens to kill the Jew unless s/he commits murder).

One of those situations—a man being coerced into improper sexual intercourse—taught R. Moshe Feinstein a more far-reaching exception to the permissibility of saving lives by violating the Torah. As we’ll see, R. Feinstein thought that we’re allowed to be coerced by circumstance into violating the Torah, but we’re never allowed to want to violate the Torah, and that might mean that we cannot save certain lives.

What Counts as Mentally Ill

The responsum is in Iggerot Moshe, Yoreh De’ah 2;59, dated 26 Menachem Av 5725 (1965), and dealt with a seemingly unrelated topic, institutionalizing someone with mental problems. Sotah 3a quotes Resh Lakish as saying that people do not sin unless a ruach shetut, an insane spirit, enters them. The rabbi from Toronto who asked R. Feinstein about this, R. Yaakov Immanuel Schochet, had apparently suggested that perhaps that means we can treat such a person as a shoteh, not halachically competent enough to be held liable for his or her actions.

R. Feinstein rejects that, since it would mean courts would never punish crimes. (I know people today who will dismiss all evil behavior as necessarily a function of mental illness; that cannot be halachically valid, R. Feinstein is saying, because then the Torah would never punish people, since they weren’t competent when they sinned.) As long as the sinner/criminal understands what s/he’s doing and that it’s wrong, s/he is sane enough to be culpable for his/her misdeeds.

The situation at hand was a boy who needed to be institutionalized in a facility where there was no kosher food, and which did not allow outside food. Had we been able to take mental illness as a sign of being a shoteh, not halachically competent, we wouldn’t have to worry about it. Since R. Feinstein rejects that, he thinks that any Jew who fosters this boy going to this facility violates the prohibition of lifnei iver, of causing a fellow Jew to sin.

When Saving Lives Is Not Enough

What if the doctors say there’s a real danger the boy will kill himself unless treated? Or will violate the law and resist arrest to the point that the police will kill him? Or will become so mentally ill that he in fact will no longer be halachically competent?

In cases of physical illness, this danger of death would allow eating non-kosher, so mental illness should presumably be the same. What’s different, in R. Feinstein’s view, is that we cannot trust this patient to limit his violations of the Torah to that which is necessary. Since this boy/man already doesn’t keep the Torah, we have to assume that he will also eat nonkosher food just because it looks and tastes good. There’s no excuse for that eating, so lifnei iver applies.

This is a far-reaching claim, that we are not allowed to save lives (ours or others) if we know that while doing so we (or those others) will choose to violate the Torah in ways unrelated to and unnecessary for saving those lives.

The Desire for Sin

That’s because we’re not allowed to want to sin, even if that costs lives. He derives this from a comment of Kessef Mishneh, Laws of Sanhedrin 20;3, on a puzzling ruling of Rambam’s. Rambam says that a court would put to death a man who yielded to threats of death and committed a prohibited sexual act. That’s in contrast to idolatry or murder, where the person is also not allowed to yield to coercion, but the courts do not punish such coerced acts. Why is intercourse different?

Kessef Mishneh’s answer is based on a Talmudic principle that ein kishui ela le-da’at, that a man’s sexual arousal always involves some component of mental consent (if a certain sexual act is truly and completely distasteful to a man, he will not become aroused; this, too, is an idea with many ramifications, but would take us outside the scope of this responsum). True, there is the threat of death, but he still cannot claim to be fully coerced.

R. Feinstein points out that at first blush, this doesn’t answer the problem, since he was coerced into being aroused. The point he derives is that only prohibited actions are permitted because of coercion, the interest in those actions (whatever they may be) is not.

If the action is coerced and one enjoyes it once one is doing it—I didn’t want to eat bacon at all, but the doctors said I had to and then it tasted good—that’s not a problem. Pesachim 25b does record a dispute in which Rava’s opinion seems to be that intending to take pleasure from something prohibited is not allowed, but that’s only where the underlying behavior has not been allowed for some other reason. In the case of saving lives, once the underlying action is allowed, pleasure is not a problem.

That’s different for intercourse, R. Feinstein read Kessef Mishneh as arguing, because the act isn’t permitted, and the man doesn’t take the pleasure once he’s involved in the act, his arousal shows an interest in the act beforehand. (I stress again, if the man really and fully found this act completely distasteful, the Gemara’s view is that he would not become aroused). Even when it’s coerced, then, it’s seen as a willful act.

Bringing It Back to the Mental Patient

It’s that element that creates the problem for the patient who will eat nonkosher food even when unnecessary. That shows that he wants to sin, which is never allowed. Once it’s not allowed for him, it’s not allowed for other Jews to help him [this is a complicated topic, and I don’t want to imply that R. Feinstein is the only view; when a Jew will sin whether or not we help him, I think there are decisors who allow us to help him. I could also imagine, here, that someone would say that we are not required to predict ahead of time that this boy will take nonkosher food when unnecessary. But we’re not here for a full analysis, we’re here to learn from R. Feinstein].

That’s especially true for this patient, for whom there’s no clearly established mortal danger. It’s even true for a minor (who’s not halachically liable for his actions), since our putting the child in that institution is like feeding him the nonkosher food ourselves, which is not allowed.

R. Feinstein is so certain of this view that he says that even if the boy’s non-halachically observant guardian (his parents were deceased) had already institutionalized him, the observant trustee of the estate could not pay for his care. If the parents were observant themselves, he adds, the trustee would also bear a financial responsibility to them, since they would not have entrusted him with this money to use it for a prohibited purpose.

The boy could be sent to Israel, to a facility where they serve kosher food. [R. Feinstein does not elaborate, but I wonder whether the availability of other facilities factored in his decision. He does seem adamant that if the boy is going to choose to eat nonkosher, we would not be allowed to put him in a position to do so, even if he could do so when he’s out on his own). The last line of the responsum walks much of this back, because he adds that if the government requires this way of treating the patient, the trustee would have to pay, even though it’s against halachah.

But the surprising larger principle is that saving lives permits actions that violate the Torah, even if the person will enjoy those actions, but it never permits wanting to violate the Torah.