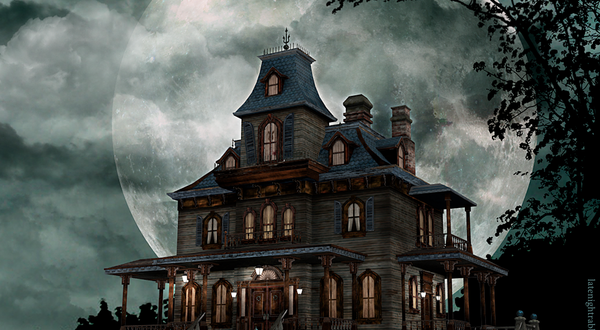 In 1872, Rav Yosef Zechariah Stern (Zeikher Yehosef, Yoreh De’ah, vol. 2 no. 142), [1]This volume was published from manuscript in 2016, over a century after its author’s death. a prominent Lithuanian rabbi, was asked whether a house was cursed. After a house burned down, the gentile owner built a beautiful house in its place but died shortly after. A Jewish family bought the house but both the husband and wife died shortly after buying it. The house is now available at a discount. Should the prospective buyer (apparently in the town of Smilowitz, now in Belarus) avoid the seemingly cursed house?

The request was not just for advice but for research. Do Jewish texts have anything to say on the subject of a cursed house? As Rav Stern points out, they do, quite specifically. However, before reaching that point, he states his belief that this seems to be superstition, bubbe meises (sichas hamon). He then elaborates at surprising length on this issue.

The Gemara (Rosh Hashanah 16b) says that four things break a divine decree against a person: prayer, crying out, name change and behavior change. Some say also a place change, i.e. moving. This could imply that the place where you live affects your success. However, the Gemara continues that this only refers to moving to Israel, and not moving from house to house or even country to country in the diaspora.

The Torah (Lev. 19:26) explicitly forbids divination (nichush). The Gemara (Chullin 95) offers examples of forbidden divination from the actions of Eliezer (Gen. 24) and Yonasan (1 Sam. 14). There are many explanations what this means. Rashi (Chullin, as loc.) explains that if you say or think that if something unrelated happens (e.g. a black cat walks by) then you will take it is an omen that your upcoming business trip will succeed, then you have violated the prohibition against divination. [2]The question remains how Eliezer and Yonasan could do that. See Radak (1 Sam. 14:10), quoted by Rema (Yoreh De’ah 179:4) explains that if the sign and the result are logically connected, there … Continue reading

The Gemara adds that while nichush is forbidden, on three things siman is allowed: house, baby and wife — if it is confirmed three times. Rashi (ad loc.) explains that if you do three successful business deals after building a house, having a baby or getting married, it is a sign that all will go well. Rambam (Mishneh Torah, Hilkhos Avodah Zarah 11:5) understands this differently. He sees the sign as an indicator of the past, not the future. If you see a sign (he omits the three confirmations), then you can interpret the past based on the sign.

The Vilna Gaon (Bi’ur Ha-Gra, Yoreh De’ah 179:11) distinguishes between an omen and a sign as follows: you arrange an omen in advance while you see a sign in retrospect. For example, if you say in advance that if a black cat crosses your path, you will get hurt, you are setting up the test in advance as an omen. If you see a black cat crossing your path and say that it means you will get hurt, you are interpreting the past as a sign. Both omens and signs are forbidden except for signs on houses, babies and wives that have happened three times.

According to the Rambam, the deaths in the house do not indicate anything about the future. According to the Vilna Gaon, they might if three people had died in the house. For some reason, Rav Stern considers this case to be one in which only two people died because of the house. I am not sure why, since the person who built this house and both the man and woman who purchased the house all died quickly. However, Rav Stern argues at length that three people have to die for this to be a concern.

The Sefer Chasidim (246) says that if you see that someone’s sons die young (after circumcision), you should assume that it is because of their names. However, if you know that it isn’t because of their names — for example, if they have cousins with the same names — then assume it is because of the place and the father should move. Note that unless you know it isn’t the names, you need not be concerned about your house. You do not have to move, not even out of doubt.

The Gemara (Yevamos 64b) discusses the case of a katlanis, a woman who has been widowed three (or two) times. After three (or two) of her husbands die, she is considered dangerous to marry. First, Rav Stern points out that there seems to be no concern that she lived in the same house with each of her husbands who died. The Gemara does not entertain that possibility and instead assumes that she is the danger and not the house. Perhaps this implies that we do not have to worry about the house being dangerous. This argument from silence has its limitations. [3]Rav Stern also argues from silence regarding a wedding that cannot be completed because of the bride’s illness, which the Gemara (Kesubos 2b) attributes to the man’s fortune and not the … Continue reading

More importantly, Rav Stern quotes the Rambam’s responsum (Pe’er Ha-Dor 146) regarding a katlanis case. He ruled that the whole concept of katlanis is not a matter of law but recommendation. This ruling generated a literature of commentary. [4]See Rav David Yosef’s edition of Pe’er Ha-Dor, ibid., n. 23; Prof. Marc Shapiro, “Maimonidean Halakhah and Superstition” in his Studies in Maimonides and His Interpreters, pp. … Continue reading Rav Stern explains it using the language of the Gemara (Pesachim 110b) regarding whether people should avoid doing things in even numbers (such as drinking four cups of wine) because of demons: whoever is concerned has reason to worry. If you are not concerned, then you do not have to avoid even numbers. Rav Stern explains that this entire issue is in someone’s head. However, if you seriously fear these things, the psychological pressures will cause you trouble.

Rav Stern adds that while you are not prohibited by halakhah to live in this house, you should be concerned about something else. Apparently a journal had published a pseudo-scientific explanation of the “leprosy” of houses (Lev. 14:33-53): sometimes the mortar in between bricks contain noxious materials that leak into the air. You should investigate why the homeowners died and whether scientifically the house itself may have played a role.

Aside from that, the only reason to refrain from buying the house is fear. Rav Stern offers his assurances that halakhah permits their buying and moving into that house. If that alleviates the family’s worries, they should move in and celebrate their new home with a party in which they share Torah thoughts.