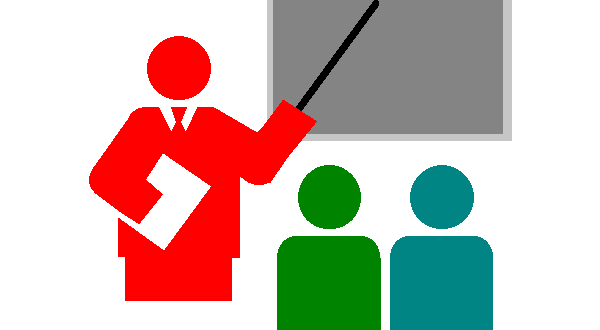 Teaching the Daughter of a Conservative Rabbi

5 Av: R. Moshe Feinstein on Educating the Daughter of a Conservative Rabbi

Conservative or Reform Jews are fellow Jews and working together will often help all of us (such as in building the State of Israel). At the same time, they promote a vision of the religion, nation, and culture that tradition teaches is in strong contrast to what Hashem commanded.

That tension came up in Shu”t Iggerot Moshe Yoreh Deah 5;38, dated 5 Av 5732 (1972), where R. Feinstein responded to the teacher of the daughter of a Conservative rabbi (then and now, I believe, many Conservative rabbis were and are connected enough to Torah and mitzvot that they want an education for their children they cannot secure in their own schools. For similar reasons, many Modern or Centrist Orthodox rabbis send their children to “right-wing” schools).

The educator was struggling with how to handle the young woman’s presence. He felt he had to explain to his students that Conservative rabbis were destroying or misrepresenting Torah and mitzvot, and had called such rabbis evildoers.

Others have pointed out to him that if the daughter keeps having this negative experience, she might leave. His stubbornness is threatening to push her out of the school, denying her a proper Torah education. He counters that unless he makes clear what’s wrong with Conservative Judaism, his students might see it as a legitimate option.

R. Feinstein suggests the teacher act wisely, speak about central assertions of Judaism, such as the belief in one Torah, given at Sinai through the agency of Moshe Rabbenu, with a written and oral component. He can point out that this is attested in the Talmud and later decisors of Jewish law, giving the lie to Conservative and Reform claims. He can even point out that to deny these claims constitutes heresy, a distancing of oneself from what a Jew is required to do and believe.

There’s no need for the word resha’im, evildoers, or the like, however. By leaving that out, he can avoid giving offense, since he’s not judging this girl’s father [I wonder whether that’s still true; in my experience, saying that a particular belief is heretical is considered an insult]. Using the word resha’im carries more bite, unnecessarily (and, likely, of no positive effect, he says).

Another reason to avoid the word is that she will hear it differently than he means it. Resha’im in common language means terrible people who act terribly, like Haman, and she knows her father is not like that. The teacher likely means it as halachah does; R. Feinstein himself has explained that in an earlier responsum, Even Ha’Ezer 4;13.

There, he questioned the halachic validity of a marriage overseen by a Conservative rabbi, even if that particular rabbi kept kosher and Shabbat. Membership in the Conservative rabbinate, a movement that does away with some Biblical prohibitions (such as driving to shul on Shabbat, I believe R. Feinstein means) and many Rabbinic ones, makes them heretics and invalidates them as witnesses, even if we do not know of any specific conduct by this individual.

To explain how that can be, R. Feinstein cites Rambam, Laws of Witnesses 11;6, who noted that Chazal did not need to include apikorsim and mumarim (different ways of rejecting Jewish faith or practice) in the list of those no longer accepted as witnesses in court, because it’s obvious from other comparisons we make.

For example, those types of people are worse than idolatrous non-Jews in some ways. The theoretical rule [I say theoretical because there are many, many caveats R. Feinstein does not review here. Those make it vanishingly rare that someone could actualize this] is that we do not save idolaters who are in danger; for apikorsim and mumarim, we would (again, theoretically) find ways to engineer their demise.

His point is that there’s no evidence that we need a formal process to qualify someone as an apikores or mumar, it’s a status that becomes well-known by that person’s actions or statements [that, too, is a topic that would stimulate much debate today; in my experience, many people object to the claim that someone has become an apikores or mumar, regardless of the evidence]. Joining Conservative Judaism is a public way to make clear that one denies many of the Torah’s laws, and likely denies the Giving of the Torah at Sinai.

That’s true even if the rabbi in question took the job because he had to make a living. Temptation is a partial defense for mumarim, those who have abandoned observance– a mumar le-te’avon, out of desire, is less distant from the Jewish community than one who does it for no reason.

With heresy, the rules are stricter. A Jew who makes a heretical assertion, or by his/her actions makes clear that s/he accepts that assertion, attains the status of apikores or kofer. Since the Conservative movement has denied Biblical and Rabbinic laws, all Conservative rabbis are considered apikorsim.

But that’s not what the daughter would hear. To make the point clearly, the teacher would have to preface it with a technical definition of rasha as halachah has it—based on Devarim 25;2’s referring to someone who violated the Torah in a way that incurs lashes as arasha—convince her of that, and then move on.

There’s no need. What’s needed is to explain what Jews should assert as true, and that those who make other claims misrepresent Judaism and truth. The teacher can do that without adding the insulting element of calling her father an evildoer, explicitly or by implication.

The responsum has two short pieces on issues that seem completely unrelated. First, he notes that tuna and salmon require hashgachah, rabbinic supervision. For tuna, his son-in-law R. Moshe David Tendler has informed him that certain species of tuna do not have scales (and would therefore not be kosher). Before eating tuna, then, Jews need to know who is supervising the catch, to be sure these are tuna with scales.

R. Feinstein is uncertain about salmon, and promised to have R. Tendler look into it.

The very last question was about interest, where a man takes a loan from a bank, at interest, and passes it on to a fellow Jew (in other words, the first man is fronting the loan for the second). Halachically, there are two loans here, from the bank to the first Jew and then he to the second Jew. That second Jew may not pay interest to the first Jew without a heter iska, which turns a loan into a sort of business partnership.

In between those two, there is a brief comment on an issue that again brings up questions of belief and how it affects us. A woman has mostly finished college and stayed committed to Judaism’s practice and worldview.  She has a few courses left, fairly technical ones that do not seem to present a problem to her religiosity.

Even so, R. Feinstein recommends that she go to a state school rather than a Catholic one. He doesn’t elaborate, but to me, he seems to be saying that the environment of a Catholic school itself presents challenges that should be avoided if possible.

This responsum takes on some of the challenges of building a life in which we continue to assert that which Judaism tells us is true. When we meet others, Jewish and not, confident of another way of looking at the world, we will need to make hard choices about where to go and how to express ourselves. As R. Feinstein noted here, and offered his advices on two such instances.