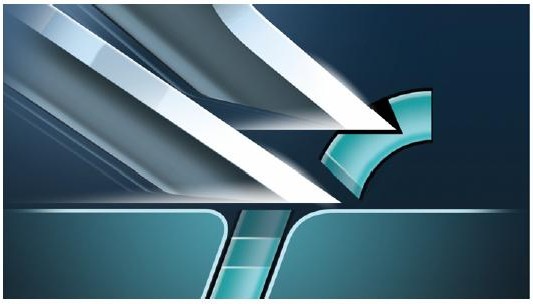 There is a website dedicated to adjusting Norelco Lift-and-Cut Shavers called Kosher Shaver. I always found this a bit amusing because when I was in yeshiva “everyone” used a Lift-and-Cut, after a senior rosh yeshiva declared it permissible (as is this rosh yeshiva‘s policy, he does not want his name mentioned in the media.). His reason: he tested it out on his hand and found that the shave was not very close. I used a Lift-and-Cut for a number of years, until I grew my current beard, and found no difference in the shave between that shaver and a screen shaver. I still had the same small stubble that I could feel with my hand after using either kind.

On the Kosher Shaver website, there is a write-up on the subject of electric shavers from the Torah sheet Halacha Berurah (link). The write-up is fairly comprehensive, in that it discusses whether electric shavers are permitted at all — many posekim forbid them entirely; others, such as R. Chaim Ozer Grodzenski, R. Tzvi Pesach Frank, R. Yosef Eliyahu Henkin and R. Moshe Feinstein, permitted their use. (I am still trying to find out whether R. Joseph B. Soloveitchik, when he had a goatee, used depilatory cream or an electric shaver. If anyone knows, please inform us in the response section.) R. Henkin’s reason to permit electric shavers is that there is still a remaining stubble. R. Moshe Feinstein allows them because the cutting is done through both the screen and the blade, thus acting like scissors rather than like a single blade razor.

The article then progresses to Lift-and-Cut shavers and claims that according to R. Moshe Feinstein’s position, these shavers would be prohibited because the hair is lifted up by one blade and then cut by another, single blade rather than by the screen and the blade. This is acting like a razor and not like scissors. The article’s author writes that he confirmed this understanding with R. David Feinstein, R. Reuven Feinstein and R. Yisrael Belsky.

Evidently, the rosh yeshiva I mentioned at the beginning who permitted Lift-and-Cut shavers held a position similar to R. Henkin’s — that the shave must be close in order for it to be prohibited. Despite company marketing, in my experience the shave is not noticeably closer than most other shavers.

Missing from the article is the position of R. Nachum Rabinovich. In his Melumedei Milchamah (no. 128), R. Rabinovich rules that all electric shavers are categorized as melaket and rahitni because they cut hairs individually, as opposed to razors that cut a large number of hairs at a time. Therefore, according to him, there is no difference between a screen shaver and a Lift-and-Cut shaver, and the latter is entirely permitted.

R. Moshe Feinstein’s grandson-through-marriage, R. Shabtai Rappaport, wrote an article on electric shavers that is available in English translation online (link). Not surprisingly, he follows his wife’s grandfather’s position on electric shavers in general. However, when it comes to Lift-and-Cut shavers, he takes this reasoning in a different direction than described above:

Norelco (Phillips in Europe) developed a shaver that they claim (though other manufacturers denied their claim) gives a totally smooth shave. It is made of two interlocking sets of blades, with one of the blades of the first set placed between two of the second. The function of the first blade is to pull out the hair from the skin. Before it has a chance to sink back below the skin, the second blade cuts it off, achieving a very smooth shave.

It seems that this shaver is also not operating as a razor, but as a combination of a tweezers (melaket) and scissors. If one would pull out hair from the skin with a tweezers and then snip it off with scissors, one should also achieve a close shave; but the Torah never prohibited such a process. This similar process, though it achieves a very close shave, is not a razor cut.

The above is not intended to argue in favor of using a Lift-and-Cut. My point is that you should not assume that it is prohibited. As should be obvious, ask your rabbi about it.

(In case anyone is interested, the reason I used a Lift-and-Cut is that when I went to buy a new electric shaver 20+ years ago, it was one of the few shavers in the store and I saw no reason not to buy it. I still use it on the hair that grows below my beard line, where according to the Rema you can use an actual razor but according to some others you should not.)