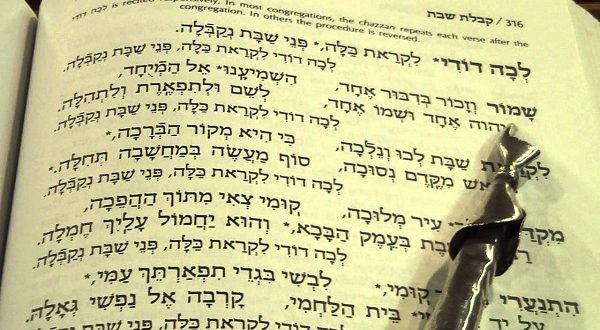 Kabbalat Shabbat of Part of the Community

Question: My community has a small minyan for Kabbalat Shabbat that accepts Shabbat early, and no second minyan (there is a larger minyan for the rest of Shabbat). Must I accept Shabbat at the time the early minyan does, which is sometimes difficult for me?

Answer: The Shulchan Aruch (Orach Chayim 263:12) rules, based on the Mordechai, that at whatever time the majority of the community accepts Shabbat, individuals, even those who have not come to shul, must accept it as well.

The acceptance of the community (according to most, at the end of Lecha Dodi – Mishna Berura 261:31) does not make it Shabbat for all in the fullest sense but creates a prohibition to do melacha. Those who have not yet accepted Shabbat may daven Mincha during this time, just not in the place the majority are davening Ma’ariv (Shulchan Aruch ibid. 15; see Biur Halacha ad loc.).

Let us see exceptions to the rule of communal acceptance, as perhaps one applies here. The Magen Avraham (263:24) says that in a community with multiple batei knesset, the first shul to accept Shabbat does not impact other shuls, even if it contains a majority. According to many, this applies also to two minyanim in the same shul (Shemirat Shabbat K’hilchata 46:(43)). However, some say that a clearly central shul sets the tone for the entire community (Eliya Rabba 263:26). Private minyanim, i.e., those held in houses, are overpowered by a public one that contains a majority of the community (Mishna Berura 263:51).

A member of a shul (even if it does not have a community majority) is included in its Shabbat acceptance even if he or she was not there (Machatzit Hashekel 263:24), unless he decided to go to another shul that week (Aruch Hashulchan, OC 263:28). If most of the community’s members are not in shul, the shul does not draw along the community (Mishna Berura ibid.).

In determining the majority, who is included in the community? Poskim posit that it refers to Shabbat-observant Jews (see Shevet Halevi IX:56). This makes sense, as in trying to figure out the time at which Shabbat will be accepted, you should ask those who will practically accept it. Someone who is careful about Shabbat but may not keep every halacha or be a regular shul-goer likely counts, unless perhaps if he is socially divorced from the community of Shabbat observers. It is unclear from your question if those who accept Shabbat early in your community are the majority based on this perspective. The case for not having a single shul cause a whole area to accept Shabbat early is stronger in Israel, where the public announcement of Shabbat times, the end of bus service, etc. follow the regular time. (The boundaries of a community are not always easily set – is there a division between Rechavia, Shaarei Chesed, and Nachlaot, and if so, where? Are Teaneck and Bergenfield one or two communities?)

Rav Moshe Feinstein (Igrot Moshe, OC III:38) and the Be’er Moshe (II:17) present a novel but logical distinction. The idea of accepting Shabbat early in a way that binds others makes sense when done in an effort to increase the time of sanctity or distance people from Shabbat desecration. However, where early minyanim are done only in the summer, when late nightfall creates technical problems, these halachot likely do not apply. This distinction seems to assume that the halacha is based on the nature of the acceptance of Shabbat. If, though, the halacha is a matter of avoiding degrading by doing melacha the Shabbat of the majority of the community who are already celebrating Shabbat (Shevet Halevi ibid.), it shouldn’t make a difference what the motivation is. Shemirat Shabbat K’hilchata (46:(42)) cites this opinion without accepting or rejecting it, and it may be pertinent that the halacha of getting pulled into Shabbat by the tzibbur is ostensibly only Rabbinic.

In a case of need, it is legitimate to rely on Rav Moshe’s leniency. For several reasons, though, it is preferable to try to make it to the Kabbalat Shabbat minyan and then accept Shabbat with them.