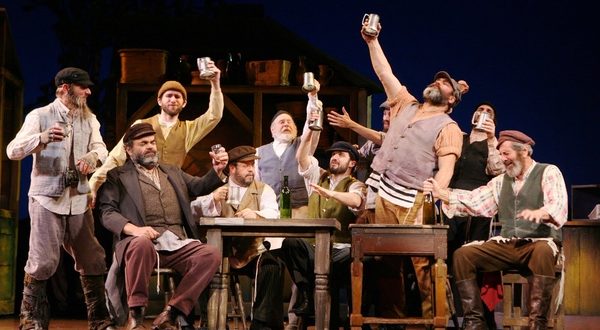 Generally speaking, a busy rabbi is not allowed to drink alcohol even though most other Jews may freely partake within reason. The Torah (Lev. 10:8-11) forbids priests from ruling on religious matters after drinking wine. Rashi (ad loc., 11) points out that this prohibition applies to anyone who rules on religious matters. No rabbi may teach a practical law after drinking a small amount of wine (a revi’is – Eruvin 64a-b). Some rabbis are asked religious questions all the time. Are they allowed to drink wine, which would prevent them from answering questions?

A friend of mine, Rav Mordechai Tzion, has been sending interesting questions to a number of prominent Israeli rabbis for a few years. He recently published a volume of their answers, titled Shu”t Ha-Sho’el (Responsa of the Questioner). Question 38 is whether a rabbi should recite kiddush on grape juice, rather than wine, so he can rule on religious questions without concern for this prohibition.

Rav Chaim Kanievsky responded that kiddush on wine is important, implying that it takes precedence over answering questions. Rav Avigdor Nebenzahl suggests fulfilling both on Shabbos by drinking less than a revi’is. In this way, you make kiddush on wine without removing yourself from responding to questions. He adds that on Yom Tov, when drinking wine fulfills the biblical mitzvah of enjoying the holiday, you should drink more wine and take a nap.

Rav Shmuel Salant, the former rabbi of Jerusalem, would rush through the Pesach Seder and sleep a little to remove the effects of the four cups of wine. He felt strongly that, at a time when everyone was drinking wine, he needed to make himself available to answer questions as soon as possible.

Rav Ovadiah Yosef gave a celebrated Saturday night lecture that was broadcast around the world. Because of this lecture, he would recite Havdalah at the end of Shabbos on grape juice rather than wine.

After reciting Kiddush on wine, Rav Yosef Shalom Eliashiv would rest for half an hour before answering a question.

The implication seems to be that a rabbi may not rule after drinking wine and should find a way to minimize or avoid the situation. Rav Yirmiya Menachem Cohen of Paris points out that American grape juice is often made from concentrate. According to Rav Shlomo Zalman Auerbach, there is a question whether grape juice from concentrate can be used for Kiddush. He adds that even European grape juice contains chemicals to prevent fermentation. Perhaps this also raises questions about whether the grape juice can be used for Kiddush.

Rav Eliyahu Schlesinger of Giloh distinguishes between Talmudic wine and contemporary wine. Today, wine contains significantly less alcohol content than in ancient times. Therefore, even someone who drinks a revi’it of wine may still issue religious rulings. In a somewhat similar vein, Rav Gamliel Rabinowitz suggests mixing one third wine with two thirds grape juice. In that way, you fulfill Kiddush on wine without the prohibition against issuing rulings.

Rav Elchanan Prince concludes that a rabbi who is frequently asked questions should recite Kiddush on grape juice. He adds that he personally only drinks wine on Purim, when he drinks a little and sleeps for an hour. Rav Shmuel Eliezer Stern similarly says that if a small amount of wine affects the rabbi’s clarity he should use grape juice.

Rav Simcha Rabinowitz responded with two words: “lefi ha-inyan, depending on the circumstances.” Presumably, he was hinting to what he wrote in his book, Piskei Teshuvot (99:1). Rav Yitzchak of Corbeil (Semak 133) writes that wine drunk as part of a meal is less intoxicating and therefore does not invoke the prohibition. Tosafot (Ta’anit 17a sv. ve-yodei’a) distinguish likewise. Magen Avraham (99:1) quotes this view and adds that according to some opinions, wine directly before a meal also has less of an intoxicating effect. Peri Megadim (ad loc.) concludes that if you drink with or before a meal there is no specific measure for the prohibition. Everyone is different. Therefore, you may pray or issue religious rulings as long as you feel sober. Mishnah Berurah (99:2) follows the Peri Megadim, as does Rav Rabinowitz. His son-in-law, Rav Aharon Aryeh Katz, in the inaugural volume of Pesakim U’Teshuvot (242:9), concludes likewise.

Based on this Magen Avraham, it is hard to understand why anyone would disagree. Presumably, Rav Salant was concerned that after drinking four cups of wine at the Seder he would not be thinking as clearly as necessary. Perhaps Rav Eliashiv was concerned likewise, especially in his later years, or maybe he ruled stringently against the Magen Avraham. Rav Ovadiah Yosef probably rejected this Ashkenazic leniency.

After all is said and done, maybe a rabbi can drink some wine for Kiddush, but if he is going to advise people he has to drink in moderation. This is aside from the need to maintain the dignity of his position.