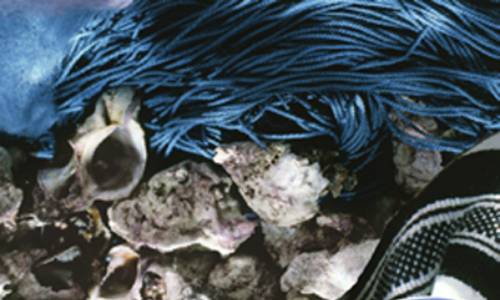 While I am always thrilled to see the issue of tekhelet being discussed (Tekhelet: Color Perception or Apprehension, Efraim Vaynman), and certainly in such a thorough and thoughtful way, I feel the need to clarify my own position and correct several mistakes. Harav Eliyahu Tavger, the founder of our non-profit Ptil Tekhelet organization, has pointed out that the mitzvah of tekhelet was born in machloket. The very next thing that happened after it was given was that Korach used it to build his argument against Moshe. Rav Tavger has guided our organization with a very clear directive: to minimize machloket regarding tekhelet as best we can. We welcome advice, criticism, dissenting opinions, and even rejection of reinstituting the mitzvah of tekhelet, but we fervently hope that this be done in the spirit of machloket l’shaym shamayim.

The issues surrounding tekhelet are complex and nuanced. The sources, often contradictory, are vague at best and subject to interpretation. To suggest that there is any attempt to white-wash the controversy or uncertainty regarding the color of tekhelet, and moreover, to state that I try to “deceitfully tell a different narrative,” is out of place, to say the least. In my book, The Rarest Blue, I write:

“Throughout this book, we will describe the color of tekhelet as sky blue or azure. As will become clear, this is not a universally accepted position, and it certainly wasn’t the consensus opinion among scholars before the 1980s. Some scholars maintain that the hue tended more toward violet, a blue purple. The depth of the color is also debated, with some claiming it was a darker shade of blue. The reasoning that leads to the opinion that tekhelet is the color of the clear, cloudless, midday sky will appear later in the book.” [1]The Rarest Blue, Lyons Press, CT, 2012, p. 222.

Moreover, Ptil Tekhelet has no vested interest in promoting one shade over another. Our goal is to provide murex-dyed strings for tzitzit. We do not have the luxury of leaving the issue of the color of tekhelet unresolved. At the end of the day we are the ones who are making the actual strings available for the hundreds of thousands of Jews around the world who tie it onto their tzitzit. We have had to make decisions and settle on a target color, not only hue, but depth as well. This we have done according to the direction of Rav Tavger, in consultation with numerous Rabbinic authorities. The motivations behind our organization should not be in question.

I am glad that we are in agreement with Efraim Vaynman regarding most of the issues at hand. We both accept that the Murex trunculus is most likely the hillazon source of ancient tekhelet. No one can deny the fact that it is possible to obtain a sky-blue dye of lasting quality from the Murex trunculus snail using only methods and ingredients available to the ancients. Ancient dyers appear to have known that this was the case, as indicated by the Wadi Murabba’at textile and the Pazyryk saddlecloth (and even the Masada piece). Furthermore, it is highly likely that over the more than 2000 years of murex dyeing, here and there the wool would have come out a sky-blue color. Mr. Vaynman presumably concedes that the dyers knew they could tweak the color (by photodebromination or other means) and is simply asserting that the tekhelet dyers did what they could to make murex dye blue-ish, but were not exacting in the requirement that their tekhelet be 100% violet-free. Mr. Vaynman believes that the target color was a dark blue with a violet tinge, and I lean towards what we call sky-blue.

I would like to turn to specific points relating to Mr. Vaynman’s position:

However, with respect to what he [Gesenius] wrote that the blood of the mollusk dyes a “purple blue”, that is “dark blue”, in this we will not heed his [opinion]. For this is certainly against our tradition, as our sages said that tekhelet is similar to the sky (Menachot 43b), and so wrote the Rambam that we brought before, that the color is as the pure sky opposite the shining sun, and that is “light sky blue.”

These sources form the basis for our halachic decision to seek sky-blue as the ideal shade and hue for tekhelet. This decision was made in full awareness that there are many who hold differently, and the spectrum as to the color of tekhelet varies widely from green to violet to midnight blue and, of course, sky-blue. It may well be that the exact color/shade is not mi’akev – invalidating the fulfillment of the mitzvah. [7]שו”ת רדב”ז חלק ה סימן מח וי”ל שיש גוון תכלת שהוא שחור הרבה ויש שאינו שחור כל כך. Again, it could certainly be the case that the ancient dyers had different criteria, but given the fact that we are able to obtain this exact color from the murex, it makes sense within the halachic framework to aim for that outcome.

“This is one version of the apocryphal stories of the serendipity that led to Elsner’s discovery of the photochemical processes that debrominate snail dye. It may not have been completely accidental, though, and Elsner may have been looking for such effects. As an experienced indigo dyer, he knew that dyeing in direct sunlight could change the color somewhat. He also may have seen the paper by Driessen, who first suggested this phenomenon (Driessen, “Uber Eine Charakterische Reaktion Des Antiken Purpurs Auf Der Faser”).” [10]The Rarest Blue, p.239.

The reasons I favor the version giving Elsner the credit are:

It would be a stretch to call violet or midnight blue, “as radiant as the sky”, and rather this implies a mid-day sky-blue.

Which brings us to the crux of the matter: Was tekhelet associated in the eyes of the ancients and in the eyes of Chazal with the sky? Maybe at times it came out more violet and at times more blue, a little lighter or darker, but ultimately we would like to know what they thought about when they looked at their tekhelet strings. What did tekhelet evoke? Countless midrashim and drashot over the past 2000 years testify to the notion that tekhelet reminds one of the sky. I can entertain the possibility that the ancient eye was less exact in its perception than ours is today, and that Jews in earlier times were more inclusive and assumed a wider spectrum in their definition of “sky-colored” than we do. But the important thing is the association with the sky. Today we have a relatively narrow definition of what we would call sky-blue, and it is possible to obtain that very color from the Murex trunculus, the legitimate chillazon and authentic source of tekhelet. The ample support indicating that sky-blue was included in the definition of tekhelet by the ancients, along with the preference shown for that color by so many halachic authorities, more than justifies Ptil Tekhelet’s decision to target sky-blue as the color for tekhelet strings used in order to fulfill the commandment today.

Dr. Baruch Sterman is a co-founder of Ptil Tekhelet.