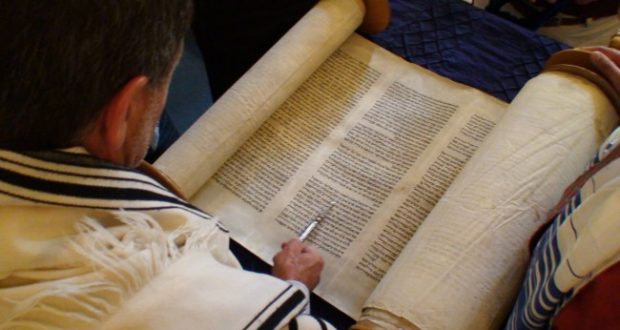 Question: The gabbai did not realize that a levi was present in shul and called on the kohen to have a second aliya. As the kohen was about to start, the levi made his presence known. Was the levi supposed to replace the kohen in that case?

Answer: The halacha is that it depends. The Shulchan Aruch (Orach Chayim 135:6-7) discusses two parallel cases in which the incorrect person is set to do the aliya. One is when it was not known that a kohen was present, and a yisrael was called for the aliya. The second is your case, when a kohen was called for a second aliya and it turns out that there was a levi present. The halacha in both cases is that if the person called started the beracha, he continues it, but if he had not started, then we switch to the correct person.

The logic of switching is two-fold in the respective cases. Giving a second aliya is an exceptional act (needed to protect the reputation of the kohen – see Shulchan Aruch ibid. 8 and Mishna Berura ad loc. 28), as is giving a first aliya to a non-kohen (Shulchan Aruch ibid. 4). Therefore, this is to be avoided when there is no important reason. We are also not hurting the person who is being asked to step aside for the following reasons. The kohen who has already had an aliya is just being held back from doing a second one, which no one else can have, and it cannot be construed as questioning his standing as a kohen. The yisrael who is passed up for a kohen never had claims to the first aliya, and, to not insult him, we keep him at the bima until his time comes to get the third aliya, which is the first available to a yisrael (Shulchan Aruch, ibid. 6).

In the case that the beracha has already been begun and we stick with the “wrong person,” we cannot stop him because of the problem of beracha l’vatala (Beit Yosef, Orach Chayim 135, in the name of the Avudraham; Mishna Berura 135:20). While beracha l’vatala is a serious problem, the concern that, when a yisrael was called up instead of a kohen, people will think there is something wrong with the kohen’s lineage, is not severe. People can understand that a mistake occurred (ibid.). We do not call up the kohen afterward because that would actively be making him look like a non-kohen, as a kohen does not get the second aliya if a yisrael got the first one (ibid.).

A not simple point becomes evident from the case of the kohen not being replaced after starting his second aliya. That is that even in the case that he really should not have received this exceptional second aliya, that second aliya still counts toward the number of required aliyot.

What is considered having started the aliya is noteworthy. The Shulchan Aruch (ibid. 6) rules that Barchu is not considered the beginning, so that the correct person can switch with him after Barchu. That is because if one commands the tzibbur to bless Hashem (which is Barchu’s role) and they do so (“Baruch Hashem Hamevorach…”), this is something of value in and of itself (Mishna Berura 135:21). According to most, the correct person who takes over repeats Barchu before his aliya (ibid.). Although some say this is unnecessary (including Aruch Hashulchan, OC 135:15), it is not a problem to do an arguably extra Barchu (Kaf Hachayim, OC 135:39).

Regarding the opening beracha itself, the Magen Avraham (135:8) says that until one has said Hashem’s name (third word), it is still permitted and correct to stop the beracha. Once he says Hashem’s name, he continues. Although there is a remedy to end a beracha at that point by turning the beracha into the pasuk “Baruch ato Hashem lamdeini chookecha” (Tehillim 119:12), this remedy is not perfect and is not justified in a case like this, so the one who started the beracha continues. There is an opinion that the above is true only when the correct person just came in, but if he was there but was not noticed, we would stop the beracha after three words and add “lamdeini chookecha” (Be’er Moshe IV:18). However, the consensus of poskim is to not make such a distinction.