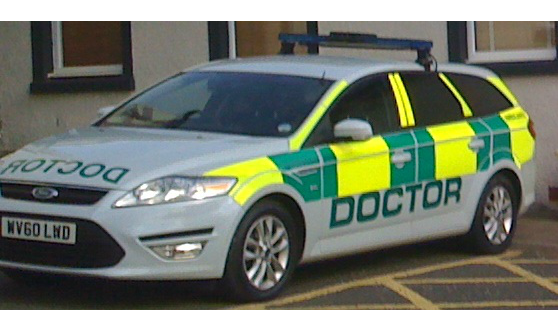 Returning From The Hospital on Shabbat

29 Sivan: Tzitz Eliezer on How a Doctor Returns From the Hospital on Shabbat

Simple cases often hide interesting complications. It’s clear that Jews may violate Shabbat to save lives, and doctors are called on to do that more often than others. Because of that, Chazal allowed them to return home as well, although the extent of what they permitted is unclear. Tzitz Eliezer 22;95, dated 29 Sivan 5758 (1998) takes up that issue.

The doctor in question was in charge of the maternity ward at Bikur Cholim hospital, with a specialty in complicated pregnancies. It’s an area of medicine where emergencies tend to arise, and he was often called in on Shabbat. Driving to the hospital was clearly a matter of pikuach nefesh, saving lives.

Once the emergency has been addressed, what should he do? The hospital has a vehicle driven by a non-Jew, but if he uses that, he won’t have his car available if there’s another emergency that day. It has in the past happened that he’s called in again for an emergency Ceasarean section and, since his car was at the hospital, had to be picked up by ambulance; during that time, that ambulance was not available should other life-saving emergencies (so there’s a resources cost, with possible ramifications for life-saving, to taking that tack).

May he therefore drive his own car back home, to have it just in case? Would it be better to ask the non-Jew employed by the hospital to drive him in his car (and then find his own way back to the hospital)? Or, possibly, is he required to spend the rest of Shabbat in the hospital?

Tzitz Eliezer recommends that the doctor read his earlier responsum on a very similar question, Tzitz Eliezer 21;59. (From my minimal acquaintance with his writings, Tzitz Eliezer seems to have had instant recall of all he wrote; in this case, it’s from the previous volume, but was written in Iyyar of 5755 (1995); later in the responsum, he’ll refer back to eight and nine volumes earlier. Since I often do not remember what I said the previous day, let alone wrote the previous week, I find that alone dauntingly impressive.)

Let’s go there and then see the rest of this responsum, which adds a few points specific to this case. That earlier one was written to a doctor at Hadassah Ein Karem who was considering purchasing a home in Efrat. He, too, worried about getting back home after being called in for an emergency. If the answer was that he would not be allowed to go back, he worried that that would lead him to subconsciously minimize certain cases, since somewhere in his mind he’d know that going in meant he was stuck there for the rest of the day.

(It’s impressive that he recognized his own conflicted motives and how they could affect his decision-making. Many of us would insist we could maintain our objectivity, and decide the case on its merits.)

He had heard from other doctors in Efrat (it sounds like this was part of the real estate pitch—buy in Efrat, we have a heter from R. Moshe Feinstein!), that R. Feinstein permitted doctors driving home in such situations.

Returning Rabbinically or Biblically After Saving a Life

Tzitz Eliezer concedes that Iggerot Moshe Orach Chayyim 4;80 understood Eruvin 44b to mean that soldiers who violate Shabbat to save lives (it seems well-accepted that we see this as an example, not restricted to soldiers) may also violate Shabbat to return. The Gemara says that’s so that they not refrain from doing so in the future (it’s not pleasant to be stuck in the middle of nowhere for the rest of Shabbat).

R. Feinstein assumes that the worry was that either the people themselves might decide not to go in the future, or their family members would pressure them not to go (a valuable insight into how people make religious decisions—in his view, the Gemara worried that even those committed to saving lives might yield to the importunings of their family members, and stay at home). His more suprising and halachically important claim, was that the Gemara allowed such people to violate even Biblical prohibitions.

R. Feinstein stressed that that was true even if there is only a minimal worry—the doctor is dedicated to his/her profession, his/her family knows and appreciates the endeavor and is ready to sacrifice for it, etc. R. Feinstein thinks such a doctor still has the halachic right to go home, even in a way that is ordinarily a Biblical level violation of Shabbat.

Tzitz Eliezer disagrees, respectfully. He had previously held, in 16;7 (and 3;9, more examples of his recall of what he said where) that that Gemara mentions only carrying weapons and travelling farther than two thousand amot, which are Rabbinic concerns, and he understood the permission given to be limited to that level of Shabbat violation. Minchat Chinuch takes this view, as did R. Shlomo Kluger in Shu”t U-vacharta BaChayyim 99.

R. Kluger actually gives two reasons not to violate Biblical prohibitions, the second of which is Tzitz Eliezer’s, that that Gemara permits only Rabbinic issues, where the case in front of him would have involved a Biblical aspect of Shabbat observance. His first answer is remarkable, even as I find it unconvincing. He says saving lives was so valuable that no one would refrain from doing it just because they’d be stuck somewhere for the rest of Shabbat (he does not explain why the Gemara needed to make the rule for soldiers; in his view, shouldn’t we be confident they’d always go to save lives? Worse is the fact that the doctor who asked Tzitz Eliezer this question was candid about his thought process should he know he’d be stuck in the hospital, that that could easily color his interpretation of future cases).

Focusing on the Now

Those who are summoning the doctor don’t have to worry about that, though, says Tzitz Eliezer. Faced with someone whose life needs to be saved, they may tell the doctor s/he’ll be allowed to return home (even if it’s not true). Should s/he consult with us after the fact, we’ll tell him/her that no, s/he’s stuck (that’s a complicated throwaway; it is, first, a trick that works only once, and it can easily lead to a lack of trust in rabbis).

A possible workaround is for the doctor to have hours in his/her home late in the afternoon, where life-saving instances come up with enough regularity to justify leaving the hospital for the halachically meaningful possibility that s/he will have to save a life back at the house. (To me, it’s a difficult suggestion, since it recommends that observant doctors make a practice of having office hours on Shabbat and Yom Tov afternoons, and Tzitz Eliezer demonstrates his discomfort with the beautiful phrase from Chagigah 4b, kulei hai ve-ulai, all this and only maybe?)

Staying in the Old City

For all that that’s how he holds, R. Moshe Feinstein is a sufficient authority that Tzitz Eliezer says there would be no shame or impropriety in relying on his view (that raises all sorts of interesting issues of when we can “choose” a ruling). In this case, though, the man had told Tzitz Eliezer that where he currently lived—the Old City of Jerusalem—he has cooperative non-Jews available to drive him to and from the hospital, which will not be true in Efrat. He had also said that he was ready to stay, if he was told that’s the halachah.

Since where he’s currently living, he can observe these halachot with a higher level of certainty that he’s doing what’s right, Tzitz Eliezer urges him to stay. He adds that he thinks R. Feinstein might have agreed in such a case (not every avenue of permissibility must be utilized; for all that R. Feinstein thought doctors were allowed to violate the Torah at a Biblical level, it’s better if they don’t need to. If this man stays in a less good situation so as to keep Shabbat better, that’s a merit for which he’ll be rewarded. I think this would then need to be weighed against whatever the factors were that were pushing the family towards living in Efrat, but Tzitz Eliezer is pointing out that the choice here is between very different levels of ability to observe Shabbat in its best possible way, and that that should be an important part of the decision as well.)

He then adds a factor, I had not realized would play into the decision. A Jew living in the Old City, within the ancient walls of Jerusalem, may only move because of truly pressing circumstances, Tzitz Eliezer says, as he had explained in 13;22 (which, sadly, we do not have the space here to consult—but just notice the claim, that living in ancient Jerusalem obligates a Jew to stay, barring significant pressure to leave).

Back to Our Maternity Medicine Doctor

Returning to the responsum written on 29 Sivan, this case is a bit easier, since Bikkur Cholim has hired non-Jews to ferry doctors on Shabbat (or to perform other Biblically prohibited activities helpful for the care of the ill but not lifesaving); he may certainly ask one of them to drive him home in his car, so that he has it available for other emergencies (he closes the responsum by saying that that option is heter gamur, completely allowed).

Once that’s the usual case, then if it happens that the non-Jew is not available one time, he may more easily rely on R. Moshe Feinstein’s ruling (since he’s not making it a regular practice; halachah more comfortably relies on a lone opinion that would otherwise not be put into practice in she’at hadechak situations, extraordinary circumstances]. This is especially true since there are opinions (although we do not usually follow them) that Shabbat is hutrah for saving lives, fully permitted such that we need not make any calculations as to how to violate it less.

We assume it’s hudchah, so that we must find the lesser violations, where such a calculus will not have any impact on the efficacy of our life-saving attempts. Meaning that doctors need to weigh how their choices will or will not put them in a position to violate Shabbat needlessly (or even what the word “needlessly” means in this context). As did these doctors in bringing their questions of where to live and how to drive to the hospital to Tzitz Eliezer.