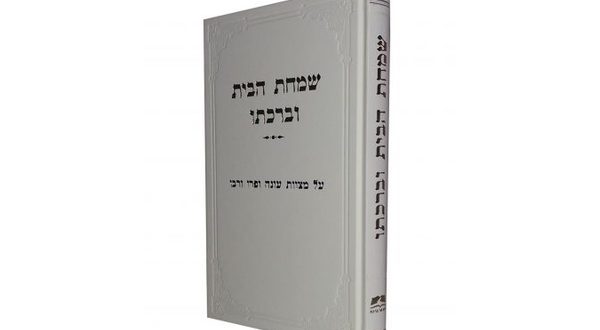 I. Two Responses to Society

We live in a hyper-sexualized environment in which the media and society bombard us with messages and images that are not just immodest but outright explicit. A community that attempts to remain traditional when confronted with this relentless assault has two options. It can go farther in the contrary direction or walk in step with society as much as possible. A relatively recent Hebrew book, currently being translated into English, takes a middle approach.

One response to a sexually permissive society is to emphasize asceticism as the ideal, to step away from sexuality as much as possible. Given the vast ascetic literature in Judaism, and the Mussar and Kabbalistic hesitations about sexual pleasure in particular, this direction flows naturally for a Jewish community.

Another approach moves toward leniency. According to this view, it is better to permit as much as possible. Considering all the temptations facing people, offer them as many permissible avenues as possible to keep them within the fold. Due to the wide spectrum of views within Judaism, this path can be plausibly taken without damaging the halakhic method.

Both approaches face risks. A counter-cultural approach is all-or-nothing. Widening the gap between Jewish and general society forces people to choose — and many will opt out of traditional Judaism. On the other hand, going along with society sets the stage for breaking boundaries. It adopts secular values and only partially fulfills them. Deviance is all but inevitable.

Complicating this issue is the Talmudic requirement to teach these matters only privately. The Mishnah (Chagigah 11b) says that you may not teach about marital relations to a group of three or more people. The Gemara (ibid.) explains that the concern over teaching to a group is that people might pay insufficient attention and mistakenly believe that the forbidden is actually permitted. Today, any public discussion of these matters raises so many jokes, digressions and pop culture references that people can easily reach an incorrect conclusion. These are not issues for a podcast or blog post.

Rav Eliezer Melamed, author of the extremely popular code of contemporary Jewish law, Peninei Halakhah, published a Hebrew volume on marital relations titled “Family Joy and Its Blessing.” This book is written in the same style as Peninei Halakhah but kept apart from the set because of its intended mature audience. For those who understand the Talmudic euphemisms he uses, the author gets as explicit as possible without turning the book into a how-to manual. In general, his attitude is fairly lenient. However, he avoids the pitfalls of the first approach mentioned above by building a bigger picture.

Rav Melamed incorporates into his work a theology of marriage. A person is only complete when living happily with his spouse. While childbearing is an important mitzvah, marital relations is not just about having children. It is also about pleasing your spouse, which is an explicit mitzvah in the Torah, particularly on the husband. Therefore, even the otherwise permissible marital activities are only allowed if they are mutually pleasing. Instead of thinking about marital relations as receiving pleasure, one has to view it as giving pleasure.

Rav Melamed’s vision of marriage is purely heterosexual, as is any legitimate reading of the vast Torah literature. His sections on homosexuality reflect on recent societal changes. In the past, it was common for many people with homosexual feelings to marry and have children. Rav Melamed encourages everyone who can marry and procreate to do so, as long as they can please their spouse and remain faithful (he also discusses when one should reveal in advance same-gender attractions to a potential spouse). In his final section on this topic, Rav Melamed tells active homosexuals that even if they violate this prohibition, they are still obligated in every mitzvah. And even regarding this prohibition, every time they overcome their desire and refrain, they receive reward.

Rav Melamed embeds his leniencies in a framework that focuses not just on what is permitted but also what is forbidden. He discusses self-stimulation, birth control and abortion. While even there his views tend toward leniency, he operates within a structure of obligations and prohibitions. He emphasizes this by including a companion volume with in-depth analysis of rabbinic sources (Harchavos), as he does with some volumes of his Peninei Halakhah, this time written by his study partner, Rav Maor Kayam. Rav Melamed’s approach is not an anything-goes attitude but a textually sound, lenient guide towards marital holiness through halakhah.

Rav Melamed’s final chapter adds a Religious Zionist twist to a messianic vision of gender. Rav Melamed adopts the increasingly popular approach that male and female will become equal in messianic times. While initially in a courtship and marriage, the man and woman have different roles. The man is the initiator and the influencer; the woman is the supporter. After many years they develop equal footing with each other. Just like this relationship evolves within a marriage, it also evolves within humanity. Living as we do in pre-messianic times, as many Religious Zionist thinkers contend, we are in a transitional period regarding gender equality. The confusion we see in the world, the preliminary and somewhat chaotic shifts regarding gender, is due to the proximity to the messianic era.

Rav Melamed devotes a lengthy discussion to personal sanctity. He explores the proper intentions to have during relations and the proper role of asceticism in religious life. Perhaps most importantly, he elevates the role of marital relations even when intended selfishly, for one’s own pleasure. Even if not ideal, this, too, is holy. When a married couple remains faithful, even without the loftiest spiritual intentions, they avoid the forbidden sexual prohibitions. As Rashi (Lev. 19:2) teaches, avoiding those prohibitions brings holiness. This is a simple but often overlooked statement about the silent nobility of a simple religious life.