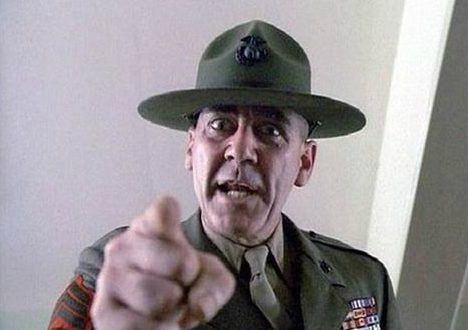 Observant Jews periodically are challenged when authorities other than Hashem ask or demand that they act in ways that run counter to what Hashem has told them. In Shu”t Aseh Lecha Rav 7;68, R. Hayyim David Halevy deals with that question in the context of the Israeli army.

While he usually only mentions the day and month of the letter to which he’s responding, in this letter he mentions that it was from 22 Sivan 5745 (1985), from a young man who had recently been inducted into Tzahal, the Israel Defense Forces. He felt that he was frequently being commanded to act in ways that were halachically prohibited and sometimes morally wrong.

The Authority of Political and Military Leaders

Sanhedrin 49a points to Yehoshu’a 1;18, where the Jews tell Yehoshu’a that anyone who disobeys him will be put to death, an idea Rambam codified in Laws of Kings 3;8. Rambam reads it as giving the king the right to kill the miscreant, not the obligation to react to rebellion or disobedience that way.

While that relaxes the severity of this law, Rambam also assumes the king may issue all sorts of orders that would then be included in this rubric. If the king tells a person to go somewhere (or not), and s/he doesn’t, that can be punishable by death. In all orders that he has the right to issue, the subject so ordered must obey.

R. Halevy notes that Chatam Sofer, Shu”t Orach Chayyim 208, in a different context, wondered how what the leaders said obligates all Jews for all time. Usually, obligations and rights are established by Hashem or Chazal, so why is this incident with Yehoshu’a seen as normative?

Chatam Sofer answers (and R. Halevy elaborates) that the incident’s inclusion in a book that was written with Divine prophecy means Hashem agreed that kings have this right—it wasn’t just that they happened to cede it, they were articulating an element of how Jews are supposed to act with their kings.

R. Halevy reminds us that Yehoshu’a had the halachic status of a king, so what was his right is also the right of other kings. With a formally declared king, Devarim 17;15 tells us som tasim alecha melech, place on yourselves a king, a doubling of the verb (R. Halevy points to Torah Temimah, who made that clear) that Kiddushin 32b takes to tell us she-tehei eimato alecha, that his fear should be upon you. All the more so, then, that he can punish those who refuse orders.

Were that the whole story, we would still have no information about how this young man should act, since we do not currently have a king in Israel. But Radvaz already said that this standard applies to any accepted leader of the Jewish people (R. Halevy adds that the people telling Yehoshu’a he had these powers also shows that Jews also have the right to cede these powers to a leader they accept upon themselves).

R. Kook expanded this idea surprisingly and importantly in Mishpat Kohen 144;14. These powers are granted to the king to help him succeed in his main tasks, securing the health of the nation, financial, military, and otherwise. When there’s no king, R. Kook said, those rights revert to the nation as a whole, which they can then grant to those who are going to help them achieve those goals.

That means that a democratically elected government has the status of a king (the word R. Kook uses is that the government is a malchut, a kingdom, even without a melech), including the power to command citizens and to punish those who defy orders. As a final introductory point, R. Halevy notes that these orders do not have to come from the king directly—if he (or the government) appoints someone to give orders at their discretion, those orders, too, are backed by the full coercive and punitive rights of the melech, the king, or the malchut, the kingdom’s properly constituted government.

Unless It Contradicts the Torah

Sanhedrin 49 adds that the leaders finished their promise to obey Yehoshu’a with the words rak chazak ve-ematz, only be strong and courageous. Rashi tells us that rak, only, is always a mi’ut, a limitation of what has come before, and the Gemara understood them to be limiting their commitment to where the king is commanding that which is within the bounds of Torah law.

Rambam, Laws of Kings 3;9, condones ignoring a king’s order even just because one was involved in mitzvot (let alone that the king commanded the person to abrogate a mitzvah), based on the principle of divrei haRav ve-divrei hatalmid, divrei mi shom’in, that when the Master tells us how to act, we need not listen to the student (any human being).

Since no one questions this principle, any time the king or government issues an order that is without a doubt (here’s where it gets complicated) against Torah law, the observant Jew may not obey. R. Halevy does not discuss what happens when the citizen or subject is not sure the king’s order violates Torah law, or where it might currently be an issue of piku’ach nefesh, saving lives (without in any way getting into the politics of it, the question of how and when Jews listen to king’s orders that seem to require violating the Torah is very much an issue in other governments as well, when observant Jews are highly placed in that government).

The way to decide is by bringing the question to a beit din, a rabbinical court, and then to refuse any orders that beit din rejects as violations of the Torah. The Gemara assumes that Avner and Amasa were the servants of the king whom I Shmuel 22;17 says refused to obey Shaul’s order to wipe out the city of Nov (based on Doeg’s report of how they helped David escape), and that they did so because they understood this principle.

(To me, this is an important point often overlooked, that Jews limits the rights of a government or king, that civil disobedience is sometimes an obligation. I think that extends to non-Jews, such that those who obey and cooperate with immoral governments are not as blameless as many would like to claim. But let’s get back to R. Halevy.)

One place that R. Halevy is fairly confident the king has no rights is where he commands hurting other people for no reason (for fans of A Few Good Men, think of a king who gives a Code Red to hurt someone, for whatever insufficient reasons he offers). In the case of Nov, there was plenty of reason to believe Achimelech’s version, that he thought he was helping one of the king’s faithful servants, a leading general.

Based on this and the example of Uriah, which we don’t have space to discuss, R. Halevy notes that there seems to be an obligation for a court case to establish that a person had in fact rebelled against the king before the king could kill him. Not that the courts take over the punishment, or the decision, but that they must agree that the facts are as the king has decided.

Commands to hurt others, then, need to be verified for their appropriateness before listening to them. (I am pretty sure R. Halevy means “others” other than actual enemy combatants, but the problem already starts to reveal itself—if a commander decides, on the battlefield, that someone in plainclothes is a combatant, about to explode a bomb, and a soldier decides to doubt that, how could that possibly work? These are very hard situations, and I think R. Halevy is giving very broad guidelines—he is calling for extra caution whenever it’s a matter of hurting others, and—if possible—as much verification of the propriety of the commanded course of action is necessary.)

That hadn’t been the real focus of the questioner, who was more bothered by commands that required him to violate Shabbat when he didn’t see a need. If the order is not life-saving, R. Halevy agrees that he cannot obey, as long as he’s sure that he could prove that when he’s taken to court. If he has any doubt, though, if this order might save lives (it can be a safek pikuach nefesh, that we’re not sure it would save lives), the soldier cannot refuse the order.

What he can (and should) do is, after the fact, go through the appropriate channels to verify the life-saving necessity of the order, to know better for the future and, where applicable, to punish the commander who gave a wrongful order.

He reassures the soldier that in such situations, since he was obligated to follow the command (for lack of certainty that it was an unlawful order), the responsibility for the Shabbat violation rests on the commander, not on him (R. Halevy points out that this is how the commentators understand Hashem’s telling David that he bore the responsibility for the death of Uriah; for all that he wasn’t the one who killed him, he gave the order).

(R. Halevy goes so far as to say that when Doeg killed the city of Nov—despite Avner and Amasa having refused to do so, as an unlawful order—the main responsibility still went to Shaul. That’s a claim I find troubling, that when a soldier knows an order is unlawful and follows it anyway, he still does not take the blame. It seems to me much different than when the soldier obeys because he cannot be sure what he’s supposed to do.)

The soldier has nothing to worry about, he tells him, as long as after the fact, he checks up that there was a meaningful element of pikuach nefesh, saving lives, which justifies the order.

The Complications of a Jewish Army

R. Halevy does not take this further, but his presentation highlights how easy it is to have a Jewish army fall apart. If a soldier decides the commander didn’t have good reason, and a court (or rabbi) agrees with him (and let’s assume all are acting in good conscience, but the commanders think this is necessary and the rabbis disagree), the system breaks down quickly.

It is a reminder of the need for goodwill and cooperation on all sides for this project of a Jewish army to work. The commanders, many of whom are not religious, need to understand the parameters of behavior under which the soldiers operate, and the rabbinic forces need to work with both sides, commanders and soldiers, to be sure they can reach reasonable accommodations.

My impression is that this is in fact true of much of the ordinary workings of Tzahal, to the credit of all involved, that halachic standards and accommodations for religious soldiers are fairly ingrained into the ethos of Tzahal. R. Halevy’s responsum for 22 Sivan reminds us that that isn’t always true, and how thorny the problems can be when it is not.