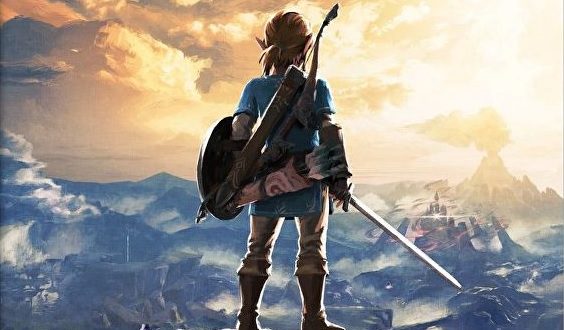 Posted by: Gil Student in Magazine, Musings, Posts May 8, 17 1 Comment

A recently released, ground-breaking video game raises important questions for Jews, who pride themselves on their devotion to monotheism. The Legend of Zelda: Breath of the Wild is an open-world game, which means that the characters can roam free throughout a vast, imaginary world while attempting to achieve their missions. Throughout the world are shrines, which a player can approach and request game-related benefits. In this video, you can see a shrine (idol) asking the character what he wants and granting him an extra life. Effectively, the character is asking an idol for assistance. Is a Jew permitted to play this game and ask the idol to grant his wish or does playing in this way violate the prohibition against idolatry? I discussed this with a few rabbis and offer here my tentative thoughts.

There appear to be four potential issues here. The first is appropriate use of time. Is playing a video game of this nature, which has no educational value whatsoever, an appropriate use of time? If done in moderation, perhaps it can serve as recreation that refreshes a person to learn Torah. From what I understand, these types of games draw the player in for large amounts of time, almost addictively. That is a very serious concern but unrelated to the idolatry.

The second issue is whether this constitutes idolatry. There are two ways to violate the prohibition against idolatry. The Torah forbids worshipping any idol in the way it is normally worshipped. For example, the idol Markulis was worshipped by throwing rocks at it (one interpretation is that it was a statue of Mercury situated at crossroads and people would leave stones at the statue as they passed by on their travels – see Arukh Ha-Shalem, sv. Markulis, vol. 5 p. 262). Additionally, the Torah forbids performing the four main practices in the Temple for any idol. These four are bowing, sacrificing, offering incense and bringing a libation (Mishneh Torah, Hilkhos Avodah Zarah 3:2-3). In this case, the video game character is not bowing nor offering any specific prayer. However, the interaction with the idol — the request and granting of the benefit — seem to be the normal way of worshipping the idol. Whatever task is performed before being granted the benefit is the worship of the idol. Therefore, the character is violating the prohibition against idolatry.

But we cannot get past the point that the fictional character is worshipping idolatry, not the player. The player is playing a game. If there is a religion in which the way the religion is observed is by playing a video game, then a player might violate this prohibition. Until that time, he is just playing a game and not violating any prohibition. I have not heard anyone suggest to the contrary.

A further commandment prohibits looking at and thinking about idols. “Do not turn to the idols” (Lev. 19:4) is seen as a wide-ranging rule against studying idolatrous culture and literature (Mishneh Torah, ad loc., 2:1-2). This rule against learning about idolatry should forbid virtually worshipping the idol, as well. In playing the game, you are watching the idolatrous service as it happens, even though you are not technically participating in it.

Authorities are divided whether this prohibition applies to all idolatrous or only those that are no longer worshipped. In response to a question whether a teacher may cover Greek mythology in class, Rav Moshe Feinstein (Iggeros Moshe, Yoreh De’ah 2:53) rejects the suggestion that because no one currently worships the ancient religion, the prohibition no longer applies to it. Instead, he offers permission from another angle, that the education should be from the perspective of debunking the false stories. Otherwise, according to Rav Moshe, studying or watching ancient idolatrous religions remains forbidden.

I recall hearing in the name of Rav Joseph B. Soloveitchik that he permitted studying Greek mythology for the reason Rav Moshe rejected, although I never confirmed this. Even if he did not, we can find others who suggest it. Rav Yair Chaim Bacharach (Chavos Yair, no. 1 secs. 11-12 sv. ve-adayin tzl”a) suggests that the prohibition to say the name of an idol only applies to an idol that is currently worshipped. We may freely say the names of ancient idols. Darkhei Teshuvah (147:4) quotes a responsum of the Beis Yitzchak 1:YD:152) that agrees in principle with the Chavos Yair but is concerned that maybe someone in the world still worships the Greek pantheon. Because of this possibility, he refuses to consider Greek mythology an abandoned religion.

Some contemporary rabbis in Israel seem to follow the Chavos Yair‘a approach. Rav Shlomo Aviner (She’eilas Shlomo 4:167; Piskei Shlomo, vol. 2 p. 45) begrudgingly permits the study of Greek mythology. He cautions that it is full of nonsense and is a waste of time. However, he allows for leniency if necessary because the idolatry has been long abandoned. Similarly, Rav Yehuda Henkin (Bnei Banim 3:35:2) writes that if the religion is abandoned, the gods are no longer considered idols.

In this game, the idolatry is completely fictional. Not only does no one currently worship it, no one ever worshipped it. I believe that even Rav Moshe would not apply the prohibition to this religion because it is not, and has never been, a religion. It is simply fantasy.

A further non-halakhic consideration, suggested to me by another rabbi, is desensitization. Just like with violence in the media, every time we engage with idolatry, even fictional, we become more accustomed to the concept. Interacting with an idol becomes understandable, on some level even normal. Perhaps this, alone, should give us pause before playing the game.

While these are tentative thoughts, I currently don’t see any reason to forbid playing this game to relax for short periods of time. If it becomes addictive and takes large amounts of time (which is quite common), you should probably rethink your gaming habits. You also might want to consider whether you want to get involved with any kind of idolatry, even fantasy idolatry, because of its desensitizing nature. I would not recommend it.