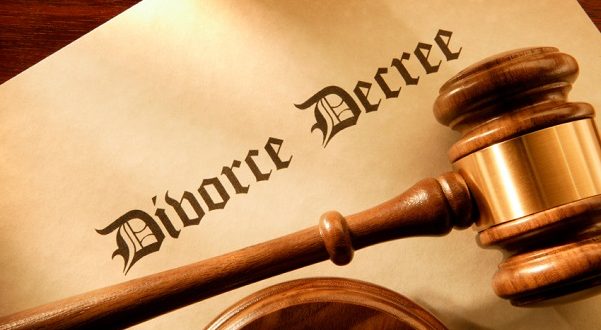 Forcing the Divorce of an Unfaithful Woman

23 Iyyar: Noda BiYehuda on Forcing the Divorce of an Unfaithful Woman

How able are rabbinic courts to stop wrongdoing in their midst? In a responsum dated 23 Iyyar 5540 (1780), Noda BiYehuda Tinyana Even HaEzer 159 addresses a community that thought they had identified an adulteress, and wanted to force her and her husband to separate (a man is not allowed to continue living with his proven-adulteress wife, nor may she then marry the man with whom she had the affair).

This Gomer bat Divlayim, as Noda BiYehuda refers to her (the name of the prostitute the prophet Hoshe’a married at Hashem’s direction, in the first chapter of Hoshe’a), seems to have been having an open affair with a man, who was living with her and her husband. The husband in that situation should have done kinui, formally told his wife in front of two witnesses that he did not want her to be secluded with this man (if she then did so, that would be prima facie evidence of an affair. The term kinui is taken from the procedure for a Sotah; in the Torah, such a woman would have to drink sotah water or accept a divorce from her husband).

He had not, so the local court sent two trustworthy people to warn the couple to remove the other man from their home, and certainly for her to cease being found alone with him. The couple ignored the instructions, and the beit din has gathered multiple testimonies that seem to them to prove that she was having an affair. They thought the couple were obligated to divorce, and that she had forfeited her ketubah.

Can Beit Din Serve In Loco Ad Virum (In Place of the Husband)?

Noda BiYehuda wasn’t so sure. Sotah 24a does list cases where the court rather than the husband can perform kinui, warn her in front of witnesses not to be alone with a certain man. Those cases were all where the husband was unable to perform the kinui for some reason. Where there’s a fully functioning husband, we have no examples of a rabbinic court having that power. Rashi to Sotah wrote explicitly (and the Gemara itself seems to have said it) that a court’s kinui is based on the assumption that the husband would want them to.

But there are cases where the husband has the right to divorce his wife with prejudice yet is also allowed to stay with her (such as overet al dat, where the woman acts inappropriately in various ways). Since this husband is staying with her, he clearly did not want kinui to occur. More than that, Noda BiYehuda leans toward the possibility (although he leaves it for further consideration), that even in the cases in the Mishnah, if the husband later repudiated the kinui, it would no longer have halachic standing; since it’s performed on his behalf, if he tells us he didn’t want it, it’s retroactively invalid. Where he’s standing right there and doing nothing, though, it’s clear that he doesn’t want a kinui.

A somewhat side detail was that the court sent messengers to tell the woman of the court’s kinui. Noda BiYehuda didn’t think even the husband himself could peform kinui by messenger, because this act is a negative for her, in that it puts her at financial risk. Where an act adversely affects others, Noda BiYehuda thought that act could not be done by messenger.

For that reason—and he notes that he’s had much correspondence on this issue, but still thinks he’s right—he thinks a husband cannot divorce his wife against her will by messenger. If she agrees to the divorce, it’s not a negative for her, so it can be done by messenger. But anything that affects her negatively has to be done by the agent himself.

That would mean a court can’t do it, either, since they are messengers of the husband’s. Even if they can do it, there is an unresolved debate about whether messengers are allowed to appoint other messengers to complete the job. All that is one weakness, the power of the court to have gotten this process under way by being mekanei this woman, warning her against yichud with this man other than her husband.

Evidence of Another Seclusion Incident

The other weakness in the court’s conclusion that they have enough evidence to require the couple to separate was that they didn’t have the kind of evidence that Noda BiYehuda thought was necessary. Grant that their kinui was valid, she had to have afterwards acted in ways that confirmed she was having an affair.

Noda BiYehuda did not agree that the testimony they had sent proved that. They had witnesses who had entered the house and found the woman hugging and kissing this putative adulterer, but the letter to Noda BiYehuda had not made clear that this happened after the kinui.

More significantly, the witnesses did not testify that the couple had been alone for enough time to consummate the relationship (technically, the time it takes to fry an egg and eat it). [Because if they did not engage in intercourse they did not, technically, commit adultery; before we can consider the possibility that they had, we need to know they had enough time to do so).

The other testimony the court had gathered had problems as well. Some witnesses did not state explicitly that what they saw was after the kinui, some witnessed her acting inappropriately but with other people around, so there was no evidence of setirah (that she was alone with him, so they certainly didn’t, right then, have intercourse), and some witnesses were halachically problematic, such as that they heard from other witnesses that had seen the affair, but had not witnessed it themselves.

Finding Every Way to Disregard Evidence

Since there’s no ironclad testimony to her affair, Noda BiYehuda expresses his surprise at this court’s quickness to conclude that they can force her husband to divorce her without the proper evidence.

(To me, this is a surprising formalism on his part, an example of “quickness” being in the eye of the beholder: he has multiple reports that point strongly to an affair, albeit not in a way that technical halachah accepts. He has hearsay reports that valid witnesses saw them having an affair; technically invalid witnesses who saw them having an affair; eyewitness testimony of an affair that hasn’t been specifically dated to after the kinui, and acts that would strongly lead us to believe they had an affair. Yet he is surprised at the rabbinic court’s haste in deciding they were having an affair!)

More than that, he notes that the court has written that they had fully examined all the witnesses, but hadn’t included dates of the alleged events, which again means he cannot be sure it was after kinui (a posek of different temperament might have assumed the court was competent enough not to send irrelevant information, to instead check with them that they had taken this necessary step of establishing the time frame of the report, and just left it out of their report. The seriousness of separating spouses seems to have been so much on his mind that he sought any means available to refrain from agreeing that that is what had to happen in this case).

He does admit that earlier in his responsa, he had agreed that a court could still determine that a woman had committed adultery if the witnesses didn’t know certain details, including when the act occurred. But the court did have to ask, and he thinks this court had not.

He is also aware of Even HaEzer 178;11, which says that a husband must divorce his wife if the community at large (especially the women) are convinced she committed adultery. Once again, he notes that he has no evidence that those rumors were from after the kinui. In a similar vein, he notes that when halachah requires a divorce based on certain physical acts, that’s only if those acts show the woman has already consummated an affair (acts that would seem to be post-coital). Hugging and kissing might be evidence only they were about to have an affair, which may then have been interrupted, and the husband would not be forced to divorce her.

A Change of Course

For all that he seems to have been working hard to let this couple stay together (or, perhaps, to be absolutely sure they were required to split before he ruled that way), he now offers his own reason they do have to be separated. The court had mentioned that the husband had spoken with his wife privately and asked her to tell him the truth, and she had admitted having an affair.

He doesn’t think her admission counts for a court’s evidence, but it is clear that the husband himself believes her. If so, he can’t stay with her, because as far as he knows and understands, she has had an affair. True, Rema to Even HaEzer 178;9 ruled that husbands may not nowadays choose to believe their wives’ claims to have had an affair because of the Cherem Rabbenu Gershom that says he can no longer divorce her against her will. If so, we worry that he is claiming to believe her only to get out of the marriage.

In our case, however, her prior conduct was sufficient that the husband already had a mitzvah to divorce her. Especially since the court had warned her about her conduct, her established post-warning conduct means that we accept his claims to believe her. Once the divorce will be based on his believing her, though, it’s a matter of debate as to whether she forfeited her ketubah, a debate Noda BiYehuda leaves unresolved.

But after much back and forth, most of it spent berating the court for their lax procedural approach to evidence and proof, Noda BiYehuda ends up ratifying their claim that this couple had to split up, for other reasons than they had assumed.