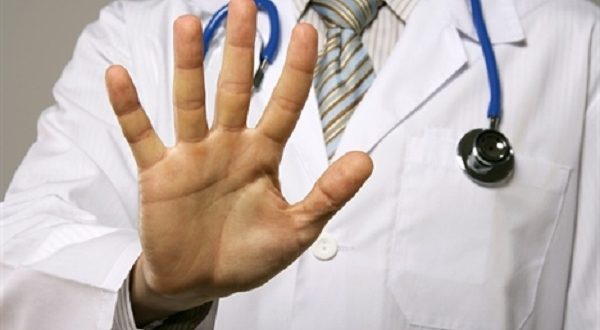 16 Iyyar: R. Moshe Feinstein on When We Have to Extend Life

I couldn’t resist this responsum because I knew the doctor who asked it. Dr. Neal Zev Ringel took a year, mid-training, to study at Yeshivat Har Etzion (Gush). It was 1982-83, my post-high school year. Just before that year, he apparently asked a question of R. Moshe Feinstein (with a colleague of his, Dr. Joel Jacobowitz, whom I don’t know), published in Iggerot Moshe Choshen Mishpat2;73, dated sixteenth of Iyyar of 5742 (1982—I vaguely remember people at yeshiva saying in awe that he had asked a question of R. Moshe Feinstein and gotten an answer!).

So here it is.

When We Don’t Have to Treat

R. Feinstein takes for granted that we need not treat some ill people. (The responsum I shared on ou.org for 27 Shevat has Tzitz Eliezer strongly disagreeing, if you want an alternate view; on 23 Adar Bet, R. Feinstein followed up to this responsum. I remind you that I don’t pick these responsa at one time, so that repeat topics happen somewhat randomly, although it does show something about what I find interesting).

R. Feinstein pointed to the story of R. Yehudah HaNasi’s passing. Ketubbot 104b tells us that he was suffering, but his students were praying for him to live. His maid saw that their prayers were succeeding at keeping him alive but not easing his pain.

To free him, she created a distraction to interrupt them, so Rebbe could go on to the next world.  Ran to Nedarim 40 concluded from that and other sources that if we cannot alleviate a dying patient’s suffering, we should stop working to keep that alive, should in fact pray for his or her demise. We may not in any way hasten that death (that’s murder), but we should cease efforts to extend life and indeed ask Hashem to release them from their terrible situation.

If there are medications that will ease the patient’s pain without shortening his/her life, R. Feinstein says, we must administer those, as long as the patient is not a goses (a person in the throes of dying; halachically, we’re not supposed to touch such a person, for fear that anything we do will itself cause death; I think I have seen authorities who permit administering pain-easing medication that might shorten life, as long as that’s not it’s intent nor necessary outcome, but cannot now remember where. R. Feinstein here seems to require a higher level of confidence that the medication will not shorten life).

What We Must Do Nonetheless

There are limits to how hands-off we can be. We must give oxygen if needed, even to a patient we would not otherwise treat; the suffering of being unable to breathe is so significant, in R. Feinstein’s view, that we must help (this is an interesting claim, since if we left that patient for five or ten minutes, the suffering would end; for all that R. Feinstein was comfortable saying we should let nature take its course to relieve this patient’s suffering, we’re not allowed to stand by as they suffer in certain ways we can ease, even if that will extend other suffering).

But giving oxygen might hide when the patient dies. For that reason, he recommends setting the machine with only enough to last for an hour or two, presenting a natural opportunity to see if the patient is still trying to breathe. If s/he is, we give more oxygen (we can’t take the patient off the oxygen to check, because that might kill him/ her; a machine that only has an hour or two’s worth gives us a natural break to check the status).

The next question raised was triage. May doctors direct scarce resources to patients they think they can cure, withholding them from those they could only keep alive for a short while? R. Feinstein offers a delicate calculus. If the two came at the exact same time, the doctors should care first for the patient they are more confident they can cure. (If both can be cured, I think you’d take the one in more immediate danger, but that’s not the topic here).

However, that’s only if the other patient won’t grasp the implications. Otherwise, this knowledge itself might depress the patient in a way that will hasten his/her death (that touches on another fascinating topic, the obligation to speak carefully around a terminal patient, to avoid our words causing a change in his or her mental state that will affect his or her physical health).

Acquiring Rights to a Hospital Bed

The rules are also different if the incurable patient has already been taken in for treatment. The doctors asking the question thought that it was only once treatment actually started, but R. Feinstein held that once a patient has been taken into a room, s/he has acquired a right to treatment.

While the broader community might be obligated to aim to use its resources most effectively, this patient has no such obligation. From his/her perspective, s/he needs medical treatment to extend life, and has been admitted for that. We cannot take that away.

Not Touching a Goses

We mentioned before that we cannot touch a goses for fear that that contact will shorten the patient’s life. R. Feinstein does not offer specific signs of that stage, but notes that the old chevrot kadisha, the volunteers who prepared deceased people for burial, used to be expert at this (when people passed away at home, the chevra wanted to prepare the body as soon as possible to avoid decay, so they knew when a person hit the goses status very well).

A patient’s desire to refuse treatment is halachically complicated. If the patient believes the doctors that this will heal him/her (I think that includes that it will extend life meaningfully—someone who has a terminal illness that has a time frame of two years who contracts an eminently curable disease that will kill him/her in days or months, for example) or the doctors want to do a procedure that will show them how to heal this patient, R. Feinstein thinks the patient must accept.

That’s even if this will involve pain. Jews are not allowed to reject healing and life because of temporary pain, even a lot of temporary pain. That’s so true that we would even coerce the patient to accept the treatment.

Unless, and it’s a remarkable unless. Unless we have reason to think the coercion itself will lead to a deterioration in the patient’s mental state that might negatively affect his/her health. R. Feinstein can imagine, in other words, that being forced into an unwanted treatment could upset the patient so much that that itself will tip the scales to the side of refraining, will do more harm than good. A great deal of thought must be given to that question, he says, the factors weighed carefully before proceeding.

Similarly, if the patient doesn’t believe the doctors’ claims that this course of action will improve his/her health, R. Feinstein prefers waiting to bring in a doctor whom this patient trusts. If time is too pressing, and there’s a consensus among the available doctors, he would allow them to proceed, again as long as the coercion itself won’t adversely affect the patient’s health.

The patient can also refuse risks. Only if the doctors are certain that even a patient weakened by this illness will handle this treatment well is the patient obligated. If some patients are adversely affected, it has to work more than fifty percent of the time and then the patient still has the choice of whether to accept the risks for the possible rewards.

R. Feinstein also requires the doctors to consider their statistics, checking with experts in the field that these are indeed the numbers (doctors can get so enthusiastic about a treatment, they don’t pay attention to the actual figures on who is or isn’t helped, and at what risk).

In the case of removing a woman’s ovaries and Fallopian tubes (in the course of a hysterectomy, removing her uterus), a five percent chance that she would get cancer in those body parts was enough to justify the procedure. Once her uterus had to come out for medical reasons, there’s no halachic problem with sirus achar sirus, with performing another act that also renders her unable to have children. (This is not one of those cases where the Torah prohibits an act even though it doesn’t seem to have any additional effect.)

There’s also no problem of voluntarily causing damage to oneself, since it’s for medical reasons. While five percent might not be enough of a danger to allow surgery solely for that, it is enough that it outweighs whatever extra pain, recuperation, and possibility of complications come with a more extensive surgery. So much so that R. Feinstein thinks this might be allowed even without asking her, since it seems a pure benefit, although he requires checking that with an expert doctor who also is alert to and concerned about halachah.

In the next section, R. Feinstein takes his famous stand that abortion is halachically murder (I believe others disagree, and that his position is not accepted). That means neither Jews nor non-Jews may perform abortions (he makes no distinctions regarding how far along the pregnancy is), and that Jews cannot help non-Jews.

Jews may not help even if there are other ways for these people to get those abortions (we might have thought the Jew isn’t doing anything significant); and that we don’t have to worry about evah, non-Jews hating us for refusing to treat them, since everyone understands that it’s wrong, even if they want to have one (how times have changed!).

In cases where someone has metastatic cancer, R. Feinstein permits operating just to relieve pain. That’s true for cancers where there’s a counterbalancing halachic factor, such as prostate cancer, where the doctors might want to remove the testicles. That’s ordinarily prohibited, and since the doctors don’t think it extends life, it might seem not to be a case of pikuach nefesh.

R. Feinstein nonetheless permits it to reduce suffering. In fact, though, he assumes it likely does extend life, because a non-suffering person with the same medical factors as a suffering one will live longer (an interesting intuitive claim; I’m not sure the evidence backs him up, but it’s also extremely difficult to get good evidence on such questions, since no two patients are the same).

There is an halachic obligation to tear one’s clothing when present at the passing of a Jew. For doctors, that can happen often, so much so that R. Feinstein points to R. Yechiel Michel Tukachinsky’s Gesher HaChaim, which recorded a ruling that allowed doctors to refrain, for fear that people would refuse to enter the medical profession.

R. Feinstein finds that reasoning unconvincing, but he does allow using the same clothing, adding to a previous tear at the next person’s death s/he is there to witness (this assumes the doctor knows when someone’s about to pass away).

Quite a list of questions, with thought-provoking answers and perspectives, from R. Moshe Feinstein, on when and how to practice medicine.