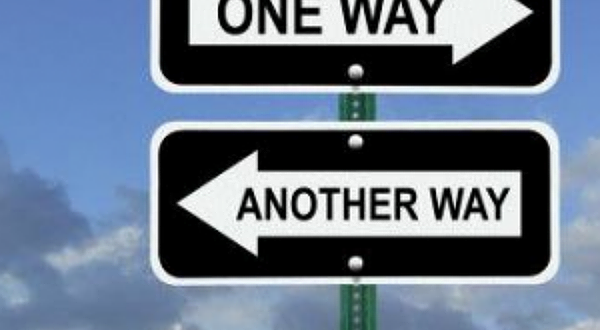 Posted by: Gil Student in Chumash Musings, From The Hashkafah Files, Magazine, Musings, Posts May 11, 17 2 Comments

I. Calculating the End

For a long time, I struggled to understand how classical Bible commentators could be so wrong. Many of them attempted to calculate when mashiach would come based on the biblical prophecies. Rav Sa’adia Gaon (Emunos Ve-Dei’os 8:3) says that mashiach will come 1335 years after Daniel’s prophecy. If that prophecy was said in 327 BCE, then mashiach should have come in 1008. Basing himself on Rav Sa’adia Gaon’s calculation but interpreting slightly differently, Rashi (Dan. 7:25) explains that mashiach would come 1335 years after 64 CE, i.e. in 1399. Rambam (Iggeres Teiman, ch. 3, ed. Kafach pp. 48-49) writes that his family tradition is that mashiach would come in 1210. These are only some of the many specific predictions/interpretations of mashiach’s arrival. All those times have come and gone but mashiach isn’t here. How could they be so wrong?

II. The Importance of Interpretation

Perhaps the answer lies in the nature of biblical prophecy. The Torah promises those leaving Egypt that “And I will bring you to the land concerning which I lifted up My hand to give it to Avraham, Yitzchak, and Ya’akov; and I will give it you for a heritage” (Ex. 6:8). The Gemara (Bava Basra 119b) sees in this verse a hint to the future punishment of the generation that left Egypt. The Torah uses the word “morashah, heritage” and not “yerushah, inheritance” because that generation would be punished, after the sin of the Golden Calf, to die in the desert.

Rav Avigdor Nebenzahl (Haggadah Yerushalayim Be-Mo’adeha, pp. 229-236) asks a basic question on this understanding. When this promise was made, while the Jews were still in Egypt, they had not yet sinned at the Golden Calf. They still had the free will to refrain from committing that sin. Why did the prophecy already include their punishment for something they may not even do?

Rav Nebenzahl answers with an important concept of prophecy that elsewhere he says he heard from Rav Eliyahu Dessler (Sichos Le-Rosh Hashanah, no. 13): The meaning of a prophecy can be determined by human action. He does not mean that prophecy is infinitely ambiguous but that it can have multiple meanings that will only be clarified depending on what people merit. The verse above could have meant simply that the land would be an inheritance for the generation that left Egypt and entered Israel. However, they were not worthy and therefore it ended up meaning that the land would be a heritage.

Other prophecies are similarly ambiguous. For example, God’s promise to Avraham that “your descendants will be a stranger in a land that is not theirs, and shall serve them; and they shall afflict them four hundred years” (Gen. 15:13). The four hundred years could have started from the beginning of the servitude but God had mercy on the enslaved Jews and counted from Yitzchak’s birth (Rashi, Ex. 12:40). The prophecy was ambiguous and future events determined its meaning.

Some commentators interpret Yishayahu’s prophecies of redemption as referring to the times of Chizkiyahu in the First Temple. Others interpret them as referring to the Second Temple period, although the standard interpretation is that they discuss the final redemption. The Talmud (Sanhedrin 98a) says that God wanted to make Chizkiyahu the mashiach but decided against because he did not praise God sufficiently. This Talmudic statement seems to imply that the prophecies could have referred to Chizkiyahu and his generation but because they were not fully worthy, the prophecies refer to a later time. Again, we see the indeterminacy of prophecy and the importance of later behavior in shaping the fulfillment of the prophecies.

Similarly, Rav Nebenzahl explains that the year in which mashiach arrives is another ambiguous prophecy. Later behavior determines when we merit his arrival, and therefore defines the true interpretation of the prophecy. Rashi was correct in his interpretation but it was only one of many possible interpretations. Rav Yisrael Salanter famously said that when mashiach arrives, we will understand the meaning of the prophecies. Rav Nebenzahl adds to this by explaining that the prophecies lie in intentional ambiguity, to allow for future behavior to determine the specific outcome.

This approach offers caution to those who try to prove the truth of biblical prophecies from their fulfillment. If an ambiguous prophecy’s interpretation is only determined retroactively, the fulfillment has little predictive value. The goalposts keep moving until we score.

However, we should not overstate the case. Even if details are ambiguous, some bigger points are quite clear. The return of Jews to the land of Israel and the subsequent flourishing of the land are clear. The Talmud (Sanhedrin 94a) interprets the verse “But you, mountains of Israel, you shall shoot forth your branches, and yield your fruit to My people Israel” (Eze. 36:8) as the greatest, most obvious sign of redemption. Unlike biblical prophecies, this Talmudic passage leaves little room for ambiguity. While details and timeframes of prophecies remain uncertain by design, general trends can be recognized that confirm the ancient predictions.