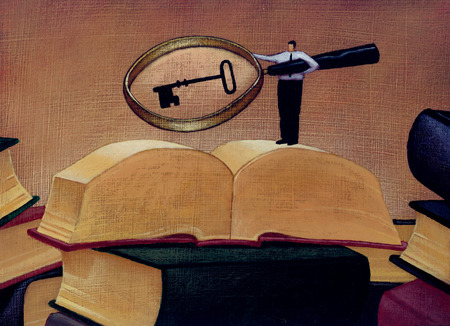 Posted by: Gil Student in From The Hashkafah Files, Magazine, Musings, Posts Apr 5, 17 0

There are two major trends in Maimonidean interpretation–Esoteric and Harmonist–with dramatically different implications for Jewish faith. Esotericists emphasize Rambam’s use of contradictions in his Guide for the Perplexed to claim that the traditional statements of the greatest thinker in Jewish history mask his radical philosophical views. Harmonists agree that Rambam included contradictions but consider it a minor aspect of the work, not its central method of teaching. To Esotericists, Rambam rejected basic beliefs that he taught the public they must believe. For example, some Esotericists claim that he rejected Creation and adopted a naturalistic view of prophecy and providence. Harmonists tend to take Rambam at his word that he believed in Creation ex nihilo, a miraculous element within prophecy and individualistic providence (as he describes it).

The Esotericists fell on opposite ends of the spectrum. On the one hand, the most radical Jewish philosophers were Esotericists, claiming Rambam as a fellow traveler. The most conservative traditionalists were also Esotericists, interpreting Rambam as a radical and denouncing him as a heretic. Along the way, a third path emerged that interpreted the Guide kabalistically. [1]On all this, see Aviezer Ravitzky’s two articles “Samuel Ibn Tibbon and the Guide” and “The Secrets of Maimonides” in his History and Faith: Studies in Jewish Philosophy.

In more recent times, the Esotericists reemerged in the 1930’s with Leo Strauss’ influential studies. While Harmonists continued publishing (most notably Julius Guttmann, Harry Wolfson and R. Isadore Twersky), Strauss gained followers. [2]See Arthur Hyman, “Interpreting Maimonides” in eds. Shalom Carmy, Yamin Levy, The Legacy of Maimonides: Religion, Reason and Community, pp. 66-70. It is not uncommon today to see people attribute Esoteric views to Maimonides without even noting dissent. For example, Benjamin Sommer, a professor at JTS, recently published a book attempting to formulate a theology based on biblical criticism. In his Revelation & Authority: Sinai in Jewish Scripture and Tradition (pp. 80-89), he cites the analysis of four twentieth century Esotericists [3]Alvin J. Reines, Kalman Bland, Micah Goodman and, surprisingly, Lawrence Kaplan. who argue that Rambam believed Moshe wrote the Torah on his own accord, not prophetically. He does this without pointing out that a less radical interpretation is offered by Abarbanel, Crescas and Shem Tov at the end of Guide 2:45. As Howard Kreisel writes:

From the appearance of the Guide to the present, there have been two schools of interpretation of this treatise, one treating the text as conveying esoteric views with the other denying the existence of such views. The issues of the nature of Mosaic prophecy and the public revelation at Sinai provide a point of contention between these two different exegetical approaches. [4]“The Prophecy of Moses in Medieval Jewish Philosophy” in ed. Jane Beal, Illuminating Moses: A History of Reception from Exodus to the Renaissance, p. 127.

Regarding sacrifices, Rambam famously explained that these were instituted in order to wean the Jewish people away from the then-regnant idolatry. Ramban (Lev. 1:9) harshly criticized this view, leading to many defenses, among them Ritva in Sefer Ha-Zikaron. To my mind, Abarbanel’s was most important in his recognition that according to Rambam there are two intentions with sacrifices–one to wean the nation from idolatry and another to direct their beliefs toward God. [5]Commentary to Leviticus, Jerusalem, 1964, pp. 12-13 Surprisingly, the fourteenth century Esotericist, Moshe Narboni, defended Rambam by softening his rationalist stance on sacrifices. [6]Narboni, Commentary to Guide, Vienna, 1853, 3:36, p. 62a One would have expected an Esotericist to maintain, if not harden, Rambam’s rationalist position.

Abarbanel (ibid., p. 11) rejects Narboni’s interpretation of this issue as “false and insufficient,” despite the latter’s uncharacteristic Harmonist attempt. Rav Yitzchak Arama goes further. In his Akedas Yitzchak (vol. 3, ch. 75, p. 4b) he attacks Narboni on both a personal and ideological level. In addition to the ad hominem, he offers a sharp dismissal of the Esoteric enterprise of turning Rambam’s philosophical analysis and defense of tradition into a concealed rejection of tradition.

However, the Narboni, who made himself the elder of the house of the Rav (Rambam) and his guardian, when he arrived at this chapter he got very excited against those who ask deep questions from Noach, Bilam, Shmuel and others [who offered sacrifices] and also against those who received the questions and attempted to answer them. He said that these and those both failed to understand the Rav’s intent in this chapter and did not reach the depth of his view. He pretended to be wise and explained… I am very surprised about this man because his practice in everything or most of what he explains in this book is to contaminate the pure and to invalidate the sacred, or to at least reveal hidden blemishes (לטמא הטהרות ולפגל הקדשים ולפחות לגלות מומים נסתרים). Now he tries to purify and fix the suspicion with trifles and nonsense… In general, there is nothing in this defense to remove the deep questions. It seems to me that this defender does not like anything broken unless he presents it himself. Who would give if only the mute would be silent and not place blemishes where they are lacking. On similar they said (Bamidbar Rabbah 20:10), “Not from your honey nor from your sting.”

Aviezer Ravitzky raises a challenge to the Esotericists. [7]Ibid., p. 301 Their treatment of Rambam’s contradictions is so elaborate as to amount to a conspiracy theory. Is this remotely plausible? Or to put it in Ravitzky’s less inflammatory words: “The cumulative impression of these studies is staggering, to the point of arousing doubts as to whether it is reasonable to suppose that a single author, fitted as he may have been, was capable of such wide-ranging allusion, of such rigor and precision, and of a consistency of approach in such a great number and variety of realms.” We don’t need Occam’s Razor to question the plausibility of the elaborate Esoteric studies. If it takes centuries of scholarly output to uncover the true meaning in the Guide, perhaps what is being uncovered is not the true meaning at all.

One of the qualifications to serve on the Sanhedrin was the ability to purify an obviously impure insect in 150 ways (Sanhedrin 17a). This is a statement on the importance of genius and a corresponding warning against its misuse. Despite their knowledge and cleverness, members of the Sanhedrin are expected to pursue truth, not permit the forbidden and contaminate the pure. Rav Arama seems to believe that the Esoteric enterprise is an exercise in the misuse of genius, twisting a classic text into its opposite. Despite the current prominence of the irreverent (yet overly reverent) Esoteric approach, [8]Although the Stanford Encyclopedia of Philosophy says that, “Of late the esotericist reading appears to be losing favor.” the faithful will continue to see the Guide as a masterpiece of tradition, rejecting the overreading of the Esotericists in their pursuit of radical views within an important religious text.