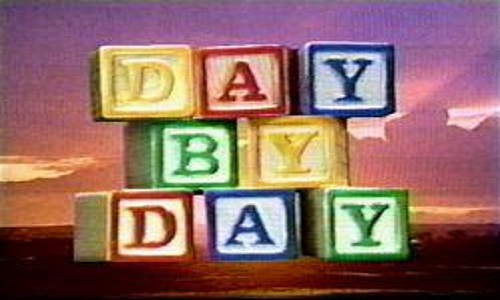 All the Days of Your Life

When one first reads Rabbi Eleazar ben Azariah’s statement, “Behold I am about seventy years old, and I have never been worthy to [find a reason] why the Exodus from Egypt should be mentioned at nighttime until ben Zoma expounded it,” the first thought is to consider the focus of this section to be on the meaning behind ben Zoma’s derasha.  Yet, in a disagreement between ben Zoma and the Rabbis, the Halacha follows the Rabbis; therefore, the import of this section is not on the worthiness of ben Zoma’s derasha.  Rather, it is in the explanation of the Rabbis and how it shapes our perception of redemption.

This is supported by the passage later in BT Berachot (14b), where Chiya bar Rav states that “if one has said [in the evening] ‘I am the Lord your God,’ he must say also, ‘True [etc.]’; if he has not said ‘I am the Lord your God’, he need not say ‘True,’” implying that the Halacha does not follow ben Zoma.  When the Talmud then challenges that one has to mention the going forth from Egypt, it answers that a person can say, “We give thanks to You Hashem our God, that You have brought us forth from the land of Egypt and redeemed us from the house of servitude and wrought for us miracles and mighty deeds, by the [Red] Sea, and we did sing to You.”  From here we see that the Rabbis do not disagree with ben Zoma that the Exodus from Egypt should be mentioned at nighttime, they disagree that it is derived from an expounding on the word “all.”  The Rabbis’ use of the word “all” to include the days of the Moshiach demonstrates a more robust conception of how the Exodus of Egypt informs our national identity, even in the end of days.

Ambiguity in the Hebrew word, kol, lies as the basis for this disagreement, since the word can either mean “all” (as in all of the many days of your life) or can connote “the entire” (as in all of each of the days of your life).  Ben Zoma understands it as “the entire;” he, therefore, understands the phrase to refer to both parts of the day, morning and evening.  The Rabbis expound it to connote the more inclusive “all.”

His use of the word “all” to apply to the nights as well as the day relates to ben Zoma’s understanding of a verse which refers to the time of the Moshiach.  The verse states, “Therefore behold the days to come, says Hashem, that they shall no more say: ‘As Hashem lives that brought up the children of Israel out of the land of Egypt;’ but, ‘As Hashem lives that brought up and that led the seed of the house of Israel out of the north country and from all the countries whither I had driven them. (Jeremiah 23:7-8.)’”  According to ben Zoma, this verse foretells a time when there will be an obligation to make mention of the Messianic redemption instead of an obligation to make mention of the Exodus from Egypt.  Because one would no longer have an obligation to mention the Exodus from Egypt, the seemingly superfluous use of the word “all” signifies that the third paragraph of the Shema must be mentioned the entire day, i.e. in the morning and the evening, and not all of one’s days, which would include those days of the Messianic Era.

According to the Sages, the obligation to remember the Exodus will play a subordinate role in comparison to the Messianic redemption, but it will nevertheless still have an independent recognition. [1]The Rabbis support their claim that the Exodus will be considered as part of the Messianic redemption by drawing analogy to the two names of the patriarch, Yaakov and Israel.  After God changed … Continue reading  In fact, the Exodus will actually shape how the Messianic redemption will be perceived.  Rabbi Judah Loewe explains, “[T]he Sages held that one will make mention of the Exodus even during the days of the Moshiach, for how could it be that the cause is not remembered with the effect?  From the level that Israel acquired when they left Egypt, they will acquire another level.  If they did not leave Egypt, and Israel did not become a nation, they would not merit the level they will receive in the future.  Therefore, the Exodus from Egypt is in essence the cause of the Messianic redemption…Because of this, the two redemptions are joined together as one and are as one redemption. (Netzach Israel, Introduction)” This reasoning is similar to the Rabbis’ explanation for the symbolism of the four cups of wine, i.e. that the Seder’s commemoration of the Exodus contains an explicit spirit of gratitude over the surety of ultimate redemption at the end of days.

For the Rabbis, the Seder continually serves as a means to remember that a person must always consider his or her point of origin, the present situation, and one’s future destination.  The present does not erase the past, and the past does not completely define the present and future.  Yet, the past and one’s understanding of it does orient how one will move forward.  Therefore, “all the days of your life” must be a diachronic reference.  Ben Zoma, on the other hand, understands “all the days of your life” synchronically.  Each day is an opportunity to see how far one has come, but he stops short of seeing how far we can go.