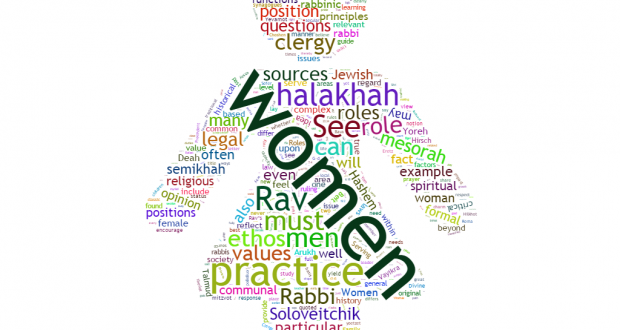 Women Rabbis: Jewish Unity and the Limits of Autonomy

Is this the moment of an irrevocable split?

Emotions have been running high in the Modern Orthodox community in the past three weeks over the clerical role of women in Orthodox Judaism. The OU statement expanded the official synagogue roles for women, but also denied them serving as congregational rabbis.

The responses and counter responses newly appear on social media at a furious pace. Many of the authors demonstrate the correctness of their own position and how the other side is a bunch of misogynist barbarians or religious heretics, more or less. A number of the responses write with venom and disdain for the OU rabbinic panel.

While I do not agree with everything in the OU statement and responsum, I very much appreciate its respectful tone. The panel did not write with a high and mighty voice. I do wish the responsum would have more thoroughly discussed the Halachik sources, was more endorsing of Yoatzot Halacha, and provided clearer guidance for acceptable titles, training programs, and roles for aspiring women.

Most of all, however, I appreciate the OU taking a stand on a contentious issue that already divides our people. It did not need to, but it did so because the community was already fraying, and the OU wants to reaffirm the importance of community and what binds us together. It desires that we remain one community and to maintain unity we need to clarify boundaries.

Autonomy is a seductive idea, advocating the freedom to act in accordance with our values. Morality, as determined by reason, would be to perform caring acts and avoid harm, similar to the Golden Rule and Kant’s Categorical Imperative.

Orthodox Jews, however, do not believe that autonomy and reason stand at the top of the ladder, heteronomy does; we are commanded by God. Just relying on God’s command to define correct, however, would also be too simple. There still remains plenty of room for autonomy and our internal sense of correct, what some call Natural Morality.

Many of the heteronomous commands, like sending away the mother bird before taking its eggs, really act to reinforce internal moral values. On the other hand, some laws defy larger values and require strict obedience, like the sacrificial orders. Other commands, like the procedure for the woman taken captive in war are really a concession to human weakness and the ideal would be for us to act above the law. The Bible fully acknowledges that “correct” and “command” could even come into conflict, as occurs in the Binding of Isaac (Genesis 22), where command overrides correct, and between Moses and Aaron in regard to a mourner eating sacrifices (Leviticus 10) where correct overrides command.

Life would be so much easier if each time that we thought of a new conflict between “correct” and “command,” God would reply with an answer as He does by Pesach Sheni (Numbers 9) and with the inheritance of the daughters of Tzelofchod (Numbers 27). Confounding matters is that sometimes God’s word remains unclear, as in the precise moment of death to allow for or to prevent critical organ transplants or the role women should be serving in religious leadership.

If it all sounds very complicated, it is. Numerous Talmudic discussions, medieval treatises, and modern essays have been trying to figure this out. Blogs calling one side or the other immoral or heretics do a grave injustice in over-simplifying our great heritage. On few issues does a conflict between Jewish tradition and modernity neatly fit into the immoral or the heretical.

Our current divide, however, goes much deeper than the clerical role of women. In his groundbreaking work, The Righteous Mind: Why Good People are Divided by Politics and Religion, Dr. Jonathan Haidt explores the different definitions of morality.

He lists 6 axes of morality:

These values come into conflict. Haidt posits that political liberals emphasize the first two moral axes over the other three, even ignoring axes 4, 5, and 6, while various groups of social conservatives find some balance with all six. Extreme conservatives slightly elevate sanctity above the others.

The politics of abortion serve as a classic example of how people can vehemently, and sometimes violently disagree, because they come from vastly different moral foundations- is restricting abortion a form of oppression and allowing it creates liberty for women or is allowing abortion degrading the sanctity of human life and restricting it a way to uphold life’s sanctity?

How many minds have been changed by people yelling that Republicans want to control women’s bodies and that Democrats want to kill babies? Is the United States more united or divided?

The issue of abortion provides us with an important warning of where our community could be headed. With the issue of women rabbis we have started going down that path, where we just yell our different moral axes past each other. One side yells autonomy and equality, while the other responds with tradition and authority. Do we want to end up as embittered and embattled as Democrats and Republicans?

Haidt then goes farther. He posits that the latter three axes play a much larger role in creating community. The main impact of the first two axes affords individual freedom, protection and rights with a universalist frame, the latter three, however, provide shared values and generate particular communal customs.

Autonomy weakens our communal bonds and social capital. A fully autonomous world has a community similar to guests in a hotel. [1]As per Rabbi Jonathan Sacks in his The Home We Build Together. There is no social capital. Our neighbors do not matter. In fact, we care little about who had the room before us or who will occupy it afterwards. We have little connection to our room; it is just a place where we sleep. We move around unattached from city to city and hotel to hotel.

Shared loyalty, authority, and sanctity generate social trust and a unique communal identity. They are strengthening motifs. Communities have particular heritages, listen to their authorities, and hold certain things sacred. By definition, these communities include some and exclude others. Of course Judaism rejects uniformity, as in the Tower of Babel, but that also does not mean that we are free to do what we want. We are expected to disagree, debate, and argue. We ultimately listen because we are part of the community.

Each community balances all six axes differently. Narrower communities emphasize loyalty and authority more, while the communities that place greater value on autonomy are wider. All communities however, have boundaries based on loyalty, authority and sanctity. That is what unites them.

All communities evolve, but they evolve in slow, evolutionary ways. Too much stretching of communal bonds and they break. We are not living the same Judaism plus electricity and running water as Moses, Hillel, or Maimonides. Communal evolutions occur gradually, sometimes unnoticeably. Revolutions on the other hand, are the mindset of outsiders. Revolutionaries are intellectually removed from the community, even if they are still familialy, socially, or geographically connected.

The OU’s population includes left, center and right leaning communities. The OU statement reminds us that autonomy is not our highest value. It reminds us that our shared history and authorities impose communal responsibilities and bind us together. Our community is not free to start from scratch. We are not scared of change; we wish to prevent the disintegration of our community. The responsum reflects a truly evolutionary document, where new vistas open, some, like Yoatzot Halacha, are subject to debate, while others, like women rabbis, would break our community.

Too often we view Ahavat Yisrael as a sentiment to be implemented when a Jew is in trouble. Real Ahavat Yisrael, however, is a political philosophy; we need to learn to support diversity, but within limits, so that we can actually live together as a community. Open Orthodoxy shares many values with Modern Orthodoxy. They strongly desire to be part of the Orthodox tent. We certainly do not wants them to leave. Will they break themselves off from the Orthodox community by continuing to insist on their own autonomy?

Rabbi Rafi Eis is the Executive Director of the Herzl Institute in Jerusalem and has been a teacher for 16 years.